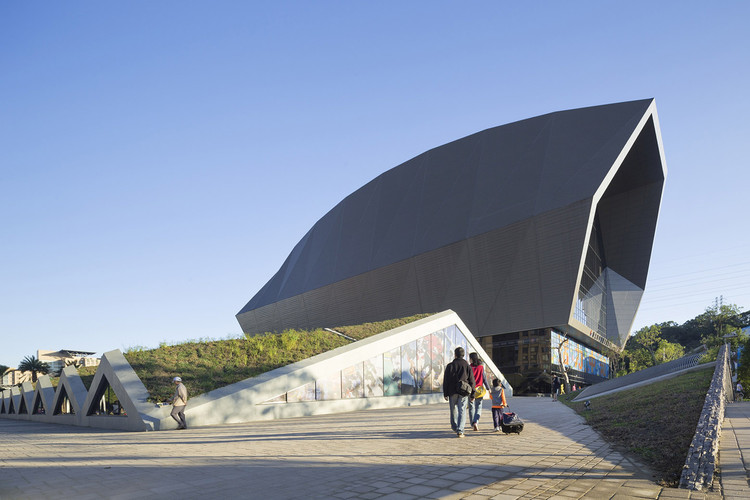 Traditionally, most of the district-based sports centers in Taiwan were built like office buildings nested within crowded urban fabrics. As the result, these buildings often do not reach their full potential nor open up more opportunities to the general public in terms of social engagements and spatial arrangements. Programs inside these buildings are typically separated by floor slabs which disengage activities and block visual connections from each other, visitors were often left without choices but to take elevators to arrive to their desired destinations. The lack of spatial and visual qualities was often the aftermath or syndromes of this building type, particularly in the metropolitan cities of Taiwan. Q-Lab understands the underlying challenges and decides to engage the project with urbanistic approach as well as social agendas in mind.

The given site is located inside a large recreational park with a small footprint for buildings to be erected within. The plot is bounded by a main road to the north, an existing parking lot to the east, a swimming facility to the west and an outdoor basketball court to the south. Existing utilities such as gas pipes and water sewage on site were to be kept according to the design guidelines. In addition, the overall budget is given at only US$13k per square meter in comparison to the international standard of US$25k per square meter.

The design begins from an urbanistic analysis that helps determine where the main building was to be located and at what height it was to be built. The building then follows the overall master plan principal and develops from the guidelines associated with it. The design concept of the sports center was then generated from the idea of stacking all the required programs in the most compact form, which incorporates playful building sections that engage indoor space with outdoor surroundings, and at the same time, involves spatial arrangements with visual connectivity. One big decision was to house the field hockey rink away from the main building and bury it deep into the basement, revealing only its triangulated roof with grass covered on top. By doing so, we were able to reduce the building height and create less urban congestion in terms of building mass and scale. Moreover, with grass and soil covering the roof of the hockey rink, one was able to prevent summer heat penetrating directly into the interior space. As the result, cooling load was further reduced, and a more sustainable environment was possible for the district of Zhonghe.

With low building budget, construction methods, material selections as well as building geometry were all as important to help realize the design intention. Q-Lab spent a tremendous amount of time in finding the optimal building geometry so that all the column spacing would be equal and aligned, all the facades would be modulated and unitized, and all the structure pieces would be easily erected and assembled. Moreover, to further save cost, only long-span spaces were realized with steel structure, while the rest of the building was constructed with reinforced concrete on the lower floors. The atrium on the first floor was designed to be a double height space with mezzanine levels on both sides all the way through the entire length of the building so that the plinth feels open and spacious with no obstruction in sight. This atrium space is designed to function as an urban living room, which welcomes visitors with well-lit space and features urban furniture for people to linger and stay. The Mezzanine level hosts a fitness room, a spinning-bike room and three yoga rooms. The third floor hosts six badminton courts and two squash courts. The fourth floor houses 2 basketball courts and a rock-climbing room. These four floors were bundled together to form the “main building” with a faceted exterior that speaks to the hilly surrounding. The field-hockey rink on the other hand was pulled away from the main building and reveals only its green roof to the general public with triangulated windows for people to peek below. This triangulated roof spans almost sixty meters in length and 30 meters in width without one single column. In addition, more than two hundred seats at B1 level were provided when games were hosted. 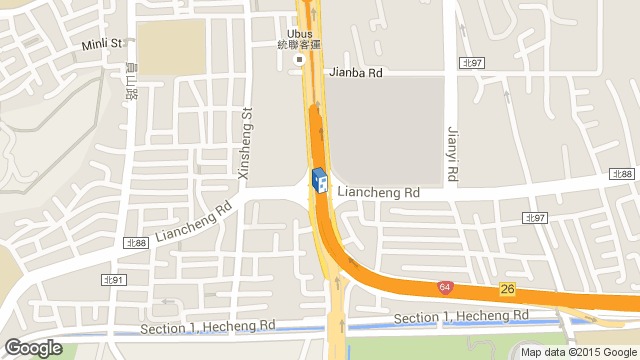