The Netherlands Builds in Brick is one of the latest exhibitions at Het Nieuwe Instituut (formerly the NAi) in Rotterdam. It seeks to modify the "assumed triumph of Modernism" in the interwar period, drawing upon two photographic collections from the Institute's extensive archives. The exhibition has been curated to highlight that brick remained the favoured construction material throughout the advocacy of the Modernist movement, even for experimental construction. 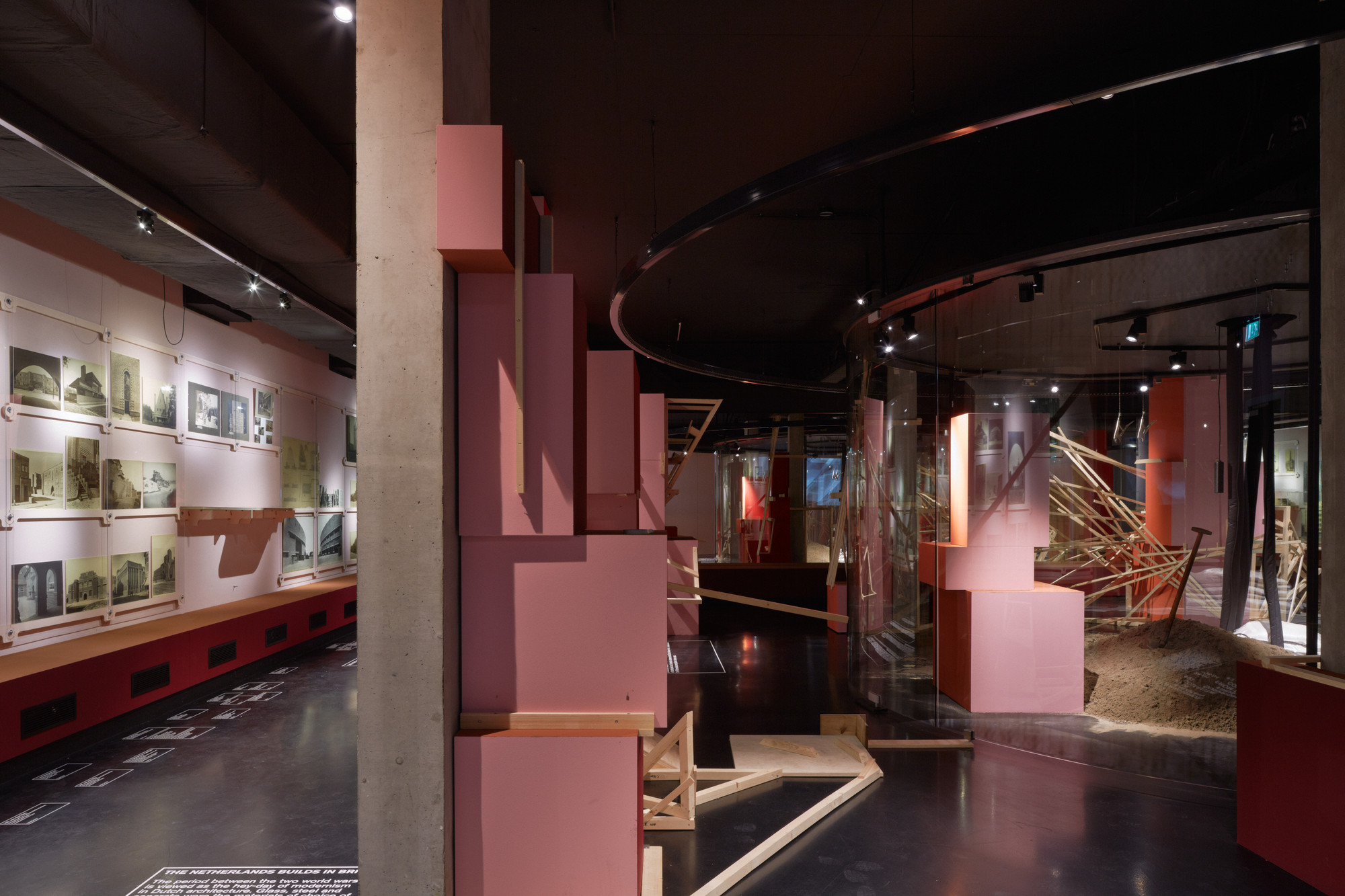 The common image of Dutch architecture between the two world wars is typically defined by Dutch Modernism. During those years, functionalist designs in glass and concrete were said to have radically dethroned the traditional brick architecture of Berlage, Kropholler and the Amsterdam School.

An "odd man out in the exhibition" is the brick wall relief made by British sculptor Henry Moore for the Bouwcentrum in Rotterdam, designed by Joost Boks. This structure was completed after World War II and commissioned by the brick industry. Also worthy of mention is the Anker collection of toy-sized bricks, which came on the market in 1895 as an alternative to wooden building blocks.

The Netherlands Builds in Brick is the third presentation in the series Surprising finds from the collection. In these series archivor Alfred Marks thematically selects extraordinary drawings, photographs, objects and models from the archive of Het Nieuwe Instituut.

Find out more about the exhibition here.