Prior to the opening of this new station, trains between Rotterdam and The Hague would pass through Delft on a 1965 concrete viaduct which effectively divided the city in two. The new station sees high-speed trains pass below ground in tunnels, allowing for the surrounding area to eventually become an urban parkland.

According to the architects, "the character of Delft and the combination of past and future was the starting point in the development of the design. This town of historic buildings and canals, once known as the ‘Prinsenstad’ and deeply connected to the Dutch Royal Family, is now at the forefront of technical development. The Technical University of Delft, which has one Europe's top architecture schools, is a world-leader in engineering innovation."

According to Francine Houben, Mecanoo's creative director, "coming up the escalators, the impressive ceiling with the historic map of Delft unfolds. When you look outside, you see the city and the old station as a modern View of Delft by the painter Johannes Vermeer."

The city hall above the station, which will not be complete until 2017, has a glazed skin designed to "reflect the Dutch skies." Panels of fused glass with lens-like spheres refer to the molten glass vernacular that can be found in many of Delft's historic buildings. The combination and rhythm of open panels of high performance glass and closed fused glass panels contribute to an energy-efficient climate concept. Incisions in the glass volume of the municipal offices form a pattern of alleyways and courtyards, inspired by the intricate structure of the city it sits at the heart of. 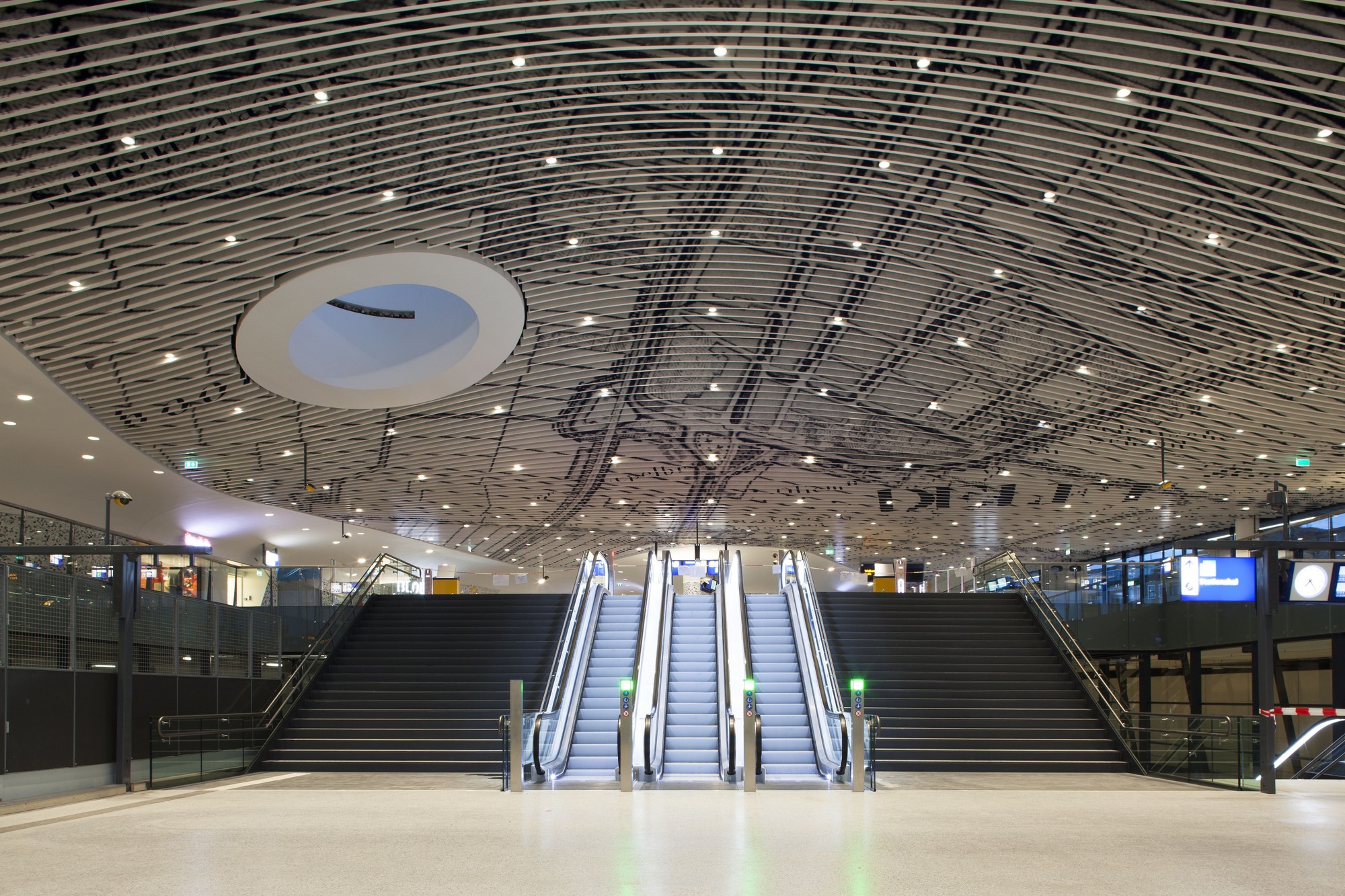