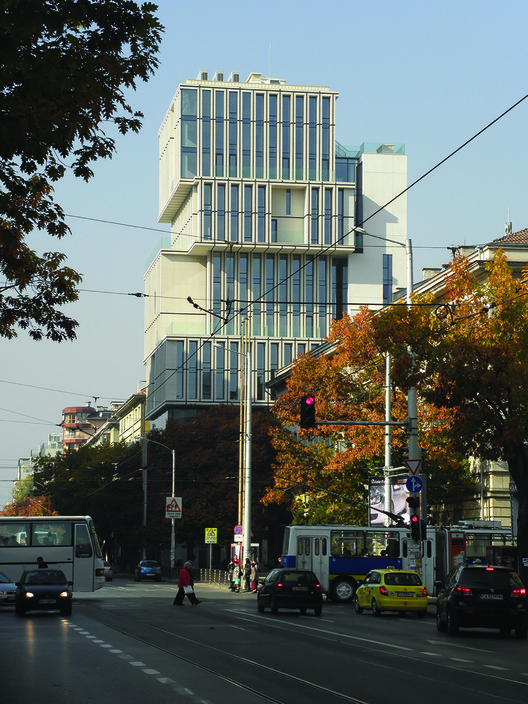 Text description provided by the architects. UM is situated on “Al.Stamboliiski” boulevard, which arrives from “St.Nedelya” church at the very center of Sofia. Following this axis, the tower is the second high rise after the National Insurance Institute (NII) building. Analogical to the composition of the NII and its white local stone, contrasting the horizontality of the facing shopping mall and following the details of the Stalinist school building next to it, UM establishes connection with the local context.

The design commenced with a simple combination of slabs and columns. Broken through the prism of Modernity, they became signs of prefabrication, resemblingdouble T panels. Interacting with the details of the neighboring school building, joints were placed at the middle of each element thus breaking the volume into smaller parts.

The new structurewas then exposed to forces of attraction and repulsion, each in its own direction, adding some individuality to the repeating offices and responding to the fragmentized Business condition of contemporary Sofia. Thus the slabs and columns shifted indifferent ways, yet remaining parts of the whole.

The alternating volumes give an idea of an ongoing process, exalted by joints and the windows transposed back and forth. In addition, the regularity of the façade was randomly interrupted by solid niches instead of glazing between the elements.

The depth of the columns gives the opportunity to improve the solar shading, arriving at a more balanced and sustainable condition. Finally on both sides of the tower intermediate elements are smoothly connecting it to the existing residential buildings.

With its height of 15 storeysplaced on a small footprint, UM becomes a new vertical repère in this dynamic urban landscape. 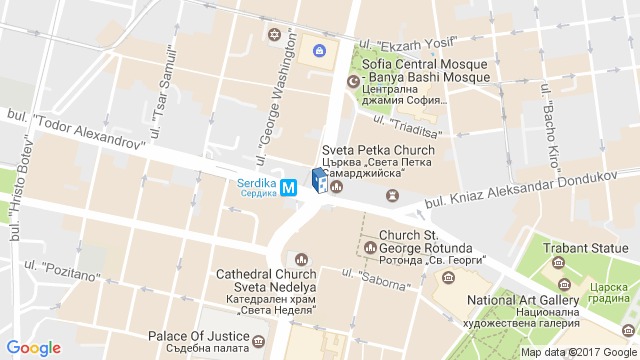