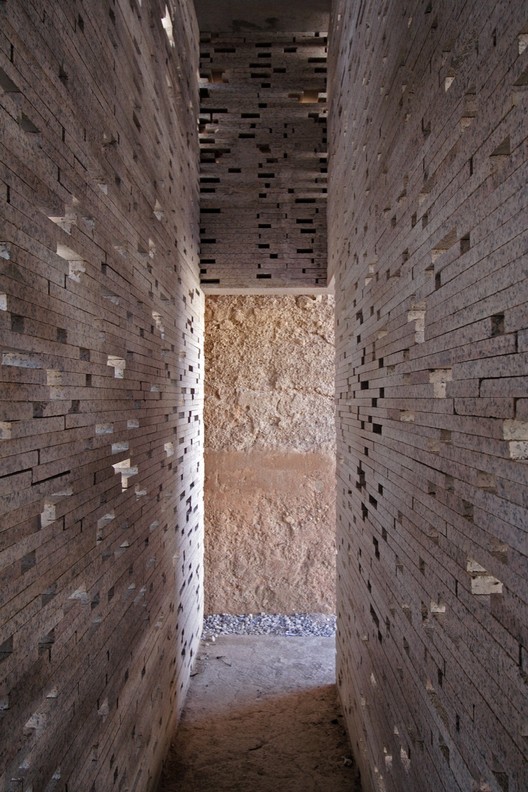 Text description provided by the architects. Opposite the hill of the Alhambra and the Generalife, the San Miguel hill frames the last stretch of the Darro valley and its Vega. This is a landscape absolutely linked to the city, natural and wild, but turned into a residual space, almost marginal, in which all sorts of trash and debris accumulated. It is also an area of transition to the new city, a city made of townhouses that touches slightly, amid its disorder, the incomplete fractured remains of the Moorish wall.

The void of San Miguel hill is a joint between two territories, a bare knoll, which full of time and history, links the city to its geography. What represented a defensive and organizational boundary of the city has changed its meaning completely and yet, continues to serve as a guide to read an urban model. The project preserves this landscape, necessary for the understanding of the city in the mountainous structure that determines it, undertaking a conceptual and physical cleaning of its surroundings. To do this, the accumulation of waste is replaced by plantations of agaves and cacti, also restoring the facade of the Ermita de San Miguel Alto and improving communications that connect with the city. Thus, the pavement is restored in those sections where it existed, we use a soft pavement of rammed earth in unpaved areas, and connect the greatest slopes through stone stairs.

The mural restoration, proposed as a second phase of the intervention, is intended to provide visual continuity (especially in a distant view) for the stretch of wall, redefining the lost historical boundary and protecting the original remains. From afar, the new part matches its appearance with the rest, respecting its linear sequence, while on a close look, it differs strongly from the original wall. The intervention closes the gap in the Moorish wall since the nineteenth century. The wall was built in the early fourteenth century and the intervention uses an external cladding that is strictly adapted to its thickness without touching the historical remains, ensuring optimal preservation.

Structurally, the massive and solid presence becomes unnecessary, so its interior becomes an empty space, a genuine singular point of the project: a passage that allows us to walk inside the walls, a mysterious doorway that connects two historically different parts of the city, evoking the underground Granada and at the same time, the hallways of the defensive enclosures. In the new wall, a simple stacking of stone slabs arranged one above the other leave a series of minimum random gaps that from the inside, allow a view of the city. A contemporary, fragmented and changing view that recreates the view we have from the lattice of the Alhambra. A natural and respectful placement of the new architecture next to the ancient architecture that ensures, somehow, that cities can continue to enrich and actively build their architectural tradition. 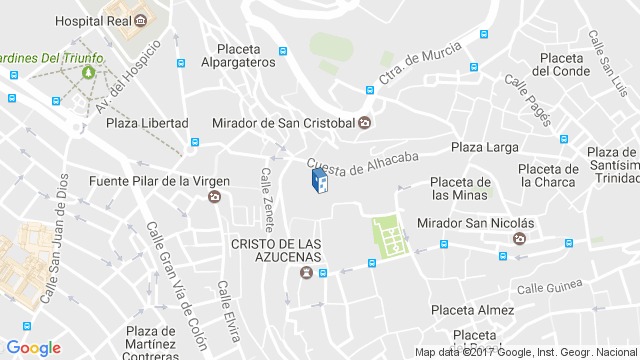 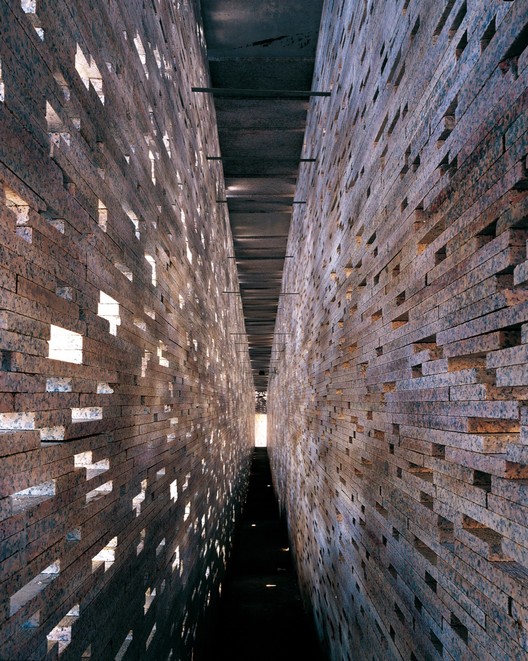