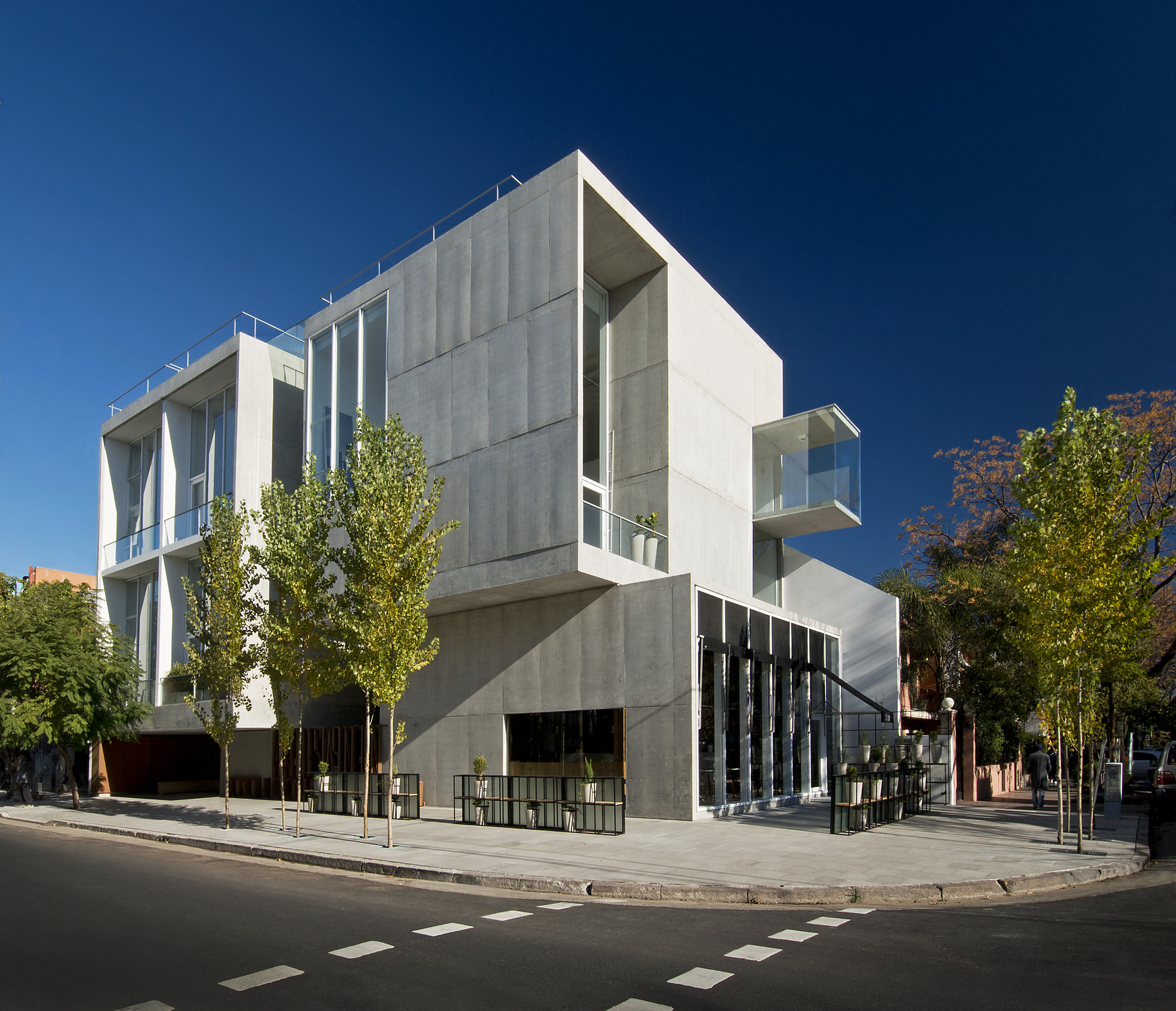 Text description provided by the architects. At the corner of Mercedes and Asuncion streets, in the neighborhood of Villa Devoto we sought to construct a building that stood out from the structure of the neighborhood, with its materiality and its proposal, and that it would signal the location of the offices of MMCV Studio, strong architecture developers in the area. Personally, we took into consideration the typology of housing with setbacks -very present in the neighborhood- and we sought to redefine it, leaving wider sidewalks and seeking functional elements such as stones that sporadically mark the boundary of the site. The generous space of the sidewalks cuts the continuity at a pedestrian level and offers an unevenness that invites to better appreciate the building; organized in three pure volumes that give shape and character to the corner, while displayed as a sculptural object.

The three volumes define specific program blocks where each facade is designed noting its directionality: the ground floor containing commercial space; the duplex for offices; and the one which houses the studio offices.

The commercial space for the restaurant "Alicia" is on the ground floor and is permeable on both sides. With the entrance on Asunción, it is embraced by outdoor spaces and releases the corner letting the sidewalk take over the premises, joining the expansion in the back turned toward Mercedes street. The limit of this backyard with the sidewalk is marked with a gate, which functions as safety enclosure while seeking to be a plastic element. The gate reads "Mercedes y Asunción", the names of the two streets that form this corner.

On Mercedes is the access to the building, both to the studio as well as to the multipurpose housing-office block. The office volume forms a box that is closed on the sides that extends in a single direction, opening to the front. Comprised by four duplex apartments, to which one enters from the back on the second and third levels, the units are designed for use as offices, with eventual flexibility for housing, with a small kitchenette.

The volume with the studio offices seeks perspectives to the Devoto Plaza and responds to both sides. On the second level is the main entrance to the studio and meeting room, on the third level is the administrative and accounting area and on the lower floor, which occupies the entire volume, is the architecture office, in a triple height space. Varying heights in the spaces match similarly. You reach them via a simple height propagating in two or three levels, as appropriate, and show their direction expressed on the facades to both streets. The triple height studio turns to the facade on Asunción street while the double height of the meeting room does to Mercedes.

In the three plans a service core is repeated, with toilets and kitchenette, promoting flexibility considering a possible future division.

In seeking to develop and strengthen a technique, in this building there are characteristic design solutions such as the thickness ratio of slabs or walls, their corners, how to solve the joinery of the concrete boards and the definition of metallic details that are familiar to the rest of the work of the studio. In the concrete, the slabs always end with sharp edges. In this project in particular they have a thickness of 0.20 m and a height between slabs of 2.40 m, while in the other projects of the studio, generally housing buildings, the distance between slabs is 2.60 m and the slabs are 0.40 m thick. Concrete is the material that mostly defines the aesthetics of the building. Using sharp edges on slabs facilitates the joinery between masonry surfaces and the slabs, differentiating parts of the project. 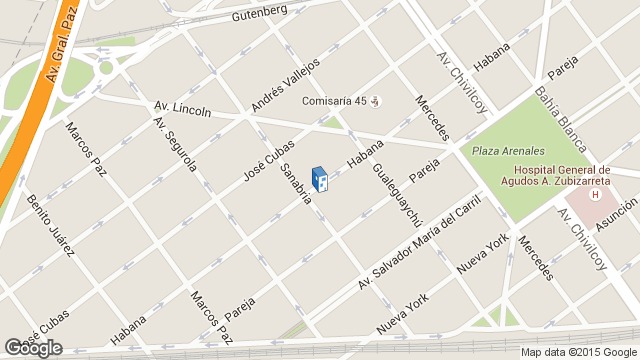 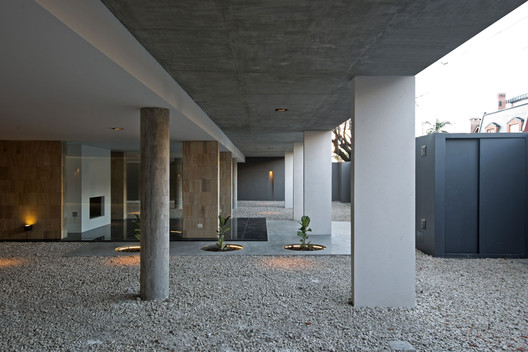