Although the Young Architects Program (YAP) announced Andrés Jaque of Office of Political Innovation as winner of its 2015 MoMA PS1 competition last week, the competition was fierce. Phenomena by Studio Benjamin Dillenburger addressed the idea of phenomenology in design, creating an experiential space that stimulates all the senses and hosts multiple programs.

Phenomena was one of the five shortlisted proposals for this year's MoMA PS1 YAP competition. Read more about the proposal after the break. 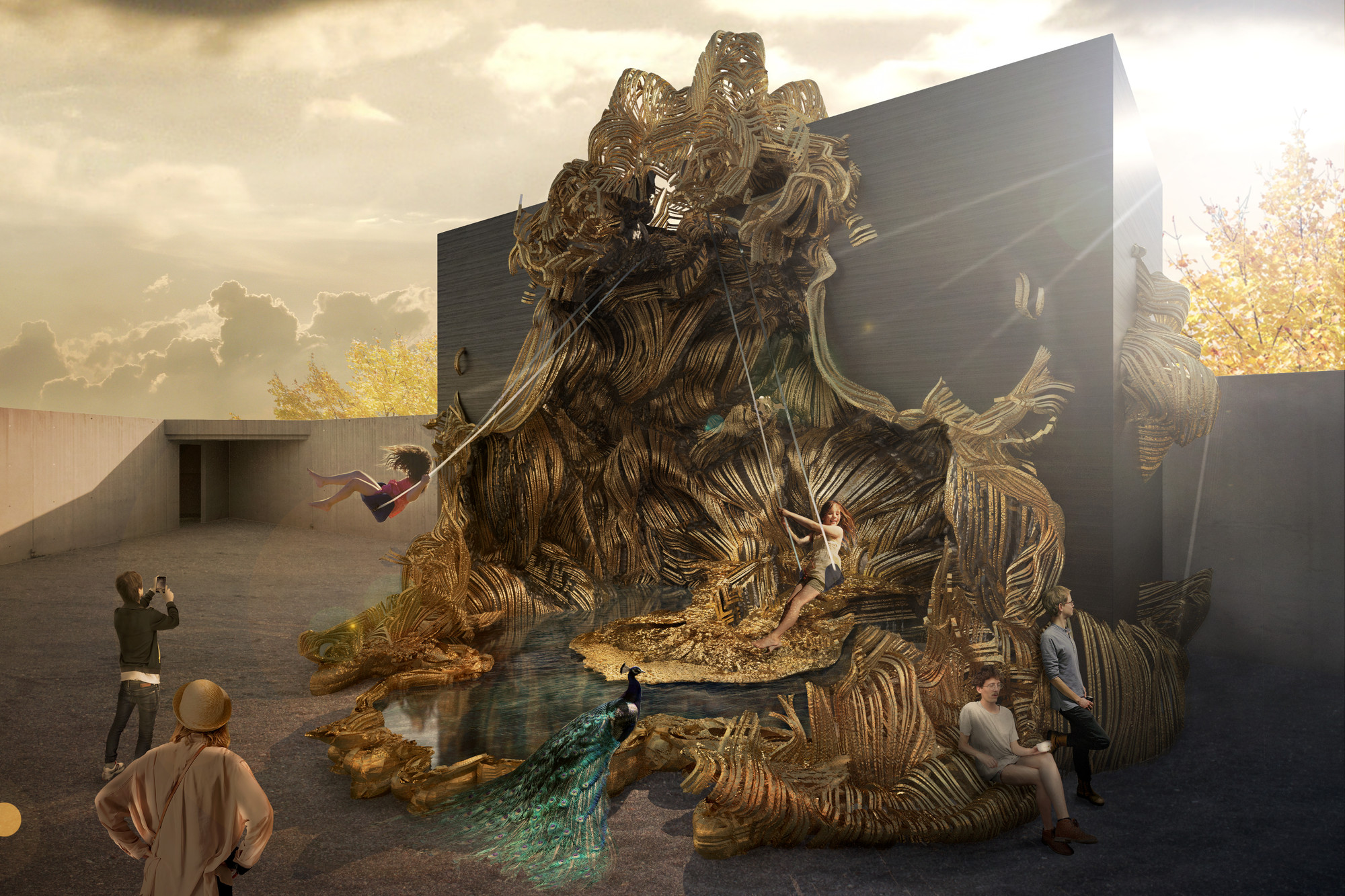 Starting with the competition's main objective of providing an outdoor recreational space focused around a water feature for the duration of the summer, Phenomena applies an element of fun to each of the senses. Combining the functions of a performance space, projection screen, and fountain, the design invites visitors to indulge their curiosity and exploratory spirit, drawing them throughout the space with changing experiences. In the daytime, its reactive geometry works in tandem with its surroundings, amplifying sounds from the street and courtyard, and reflecting light to create a changing condition of shadow that is made dynamic by interacting with the fountain's mist.

The leisurely activities of the day are transformed when night falls. The space is activated when the sun goes down, transforming it into an over-sized projection space for artists to display their work. With a focus on live media, combined with the faceted curving surface, visitors are stimulated visually, as every angle presents a new perspective from which to view the performance.

By generating a space that is at once a stage and an event, Phenomena seeks to challenge the way we experience performances by making the viewer a part of the production.