Just over two years have passed since the tragic shooting at Sandy Hook Elementary School in Newtown, Connecticut. Thanks to an 89% vote by Sandy Hook's residents in favor of demolishing the old building the site now sits empty - awaiting the construction of Svigals + Partners' design for a replacement building which is not only tasked with being a high level teaching facility, but also with sensitively addressing the collective trauma which inevitably remains a part of the site's history.

With such a challenging history to the site, how is it possible to balance the emotional needs of a community with the functional needs of an educational institution? We spoke to Jay Brotman AIA, a partner at Svigals, to find out. 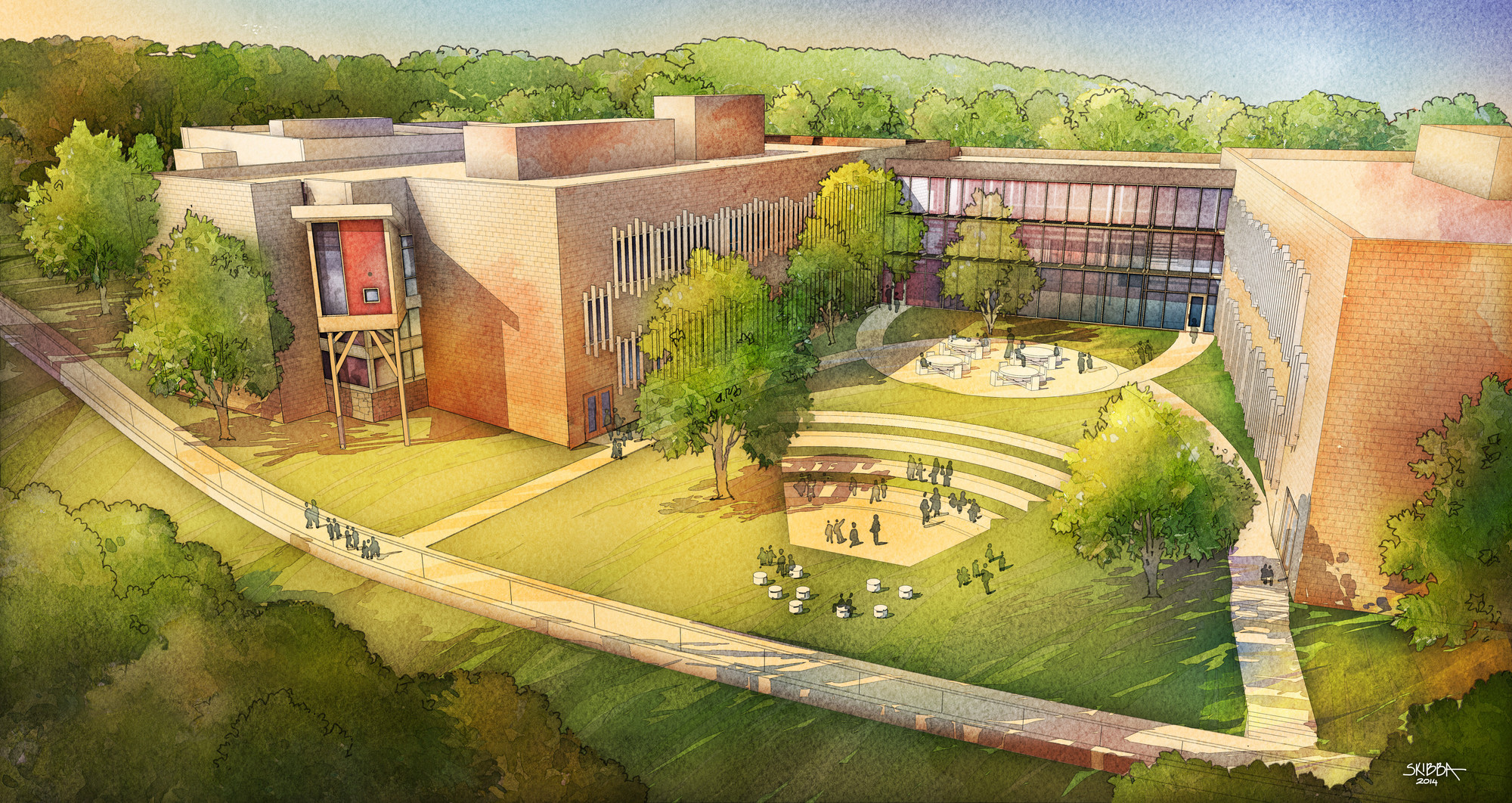 At first glance the design - featuring a gently curving front facade with three "fingers" of classrooms extending into the natural landscape behind the building - does not betray the sad history of the building, or the many security measures which provide solace to the parents who will send their children back to school here. However, on investigation the welcoming external appearance masks a comprehensive attitude to safety.

"When designing for school security, all decisions we make, both big and small, refer back to the four basic security design tenets: deter, detect, delay, and protect," Brotman tells me. These principles led to a number of simple design decisions: allowing school staff to detect visitors from a distance by setting the building back from the entrance road, for example, and by segregating and directing traffic patterns so that visitors are clearly distinguishable from unwanted intruders.

However, these security measures are barely noticeable during normal usage of the building, allowing children to enjoy a normal education. As Brotman points out, despite the school's complicated history, "our primary goal is to create a nurturing environment for the children that promotes learning and builds community. In your face security features typically degrade that feeling."

Furthermore, in addition to simply being a place for education, in a village such as Sandy Hook the school serves as a center for civic life. With such a traumatic history, the new Sandy Hook School will serve as a rallying point for a community that was forced to mourn together in 2012. In this context, overt security measures "work against our primary goal by erecting barriers that separate spaces and deter community building effects," explains Brotman. "Barriers do not help build community, and bars on windows tend not to contribute to a wonderful learning environment."

To improve their design and gain the support of the community, Svigals + Partners formed a 50-person advisory committee comprising staff, administration officials, parents and prominent community members. This was in addition to the extensive consultation of the community already conducted by the local government.

"Because the school and the site have been a major part of the community for decades, they hold memories both positive and negative," explains Brotman. Through their sessions with this committee, Svigals + Partners honed in on what was positive about the site, rather than focusing on its recent past, to inform a design which was above all, optimistic: "The overall design that was selected ultimately emerged from this collaboration and incorporates positive memories of their town, especially of the area’s natural landscape: rolling forested hills with building peaks extending above the tree line."

This connection to the landscape appears in a number of design elements, for example in two "treehouses" - small wooden classrooms on stilts that protrude from the ends of two classroom wings to provide unique education spaces.

However, one element of the design stands out as the perfect combined solution to both the building's security requirements and educational needs. "The best example of combining these challenges was the rain garden," says Brotman, referencing the marshy landscaped area which runs the full length of the building's front facade. This element "actually meets three challenges: added sustainability by retaining rainwater, added security by segregating exterior public spaces from front of building and limiting access points, and most important, an educational tool - students can see the changing seasons and the important effects water has on our environment."

Through a holistic approach to the challenges of such a sensitive project, Svigals + Partners have created a design which, while addressing the sad history of the project, is firmly focused on the future. In such an emotionally charged situation, you might expect there to be many conflicting opinions on the rebuilding of the school, and difficulties in getting unanimous consensus among the community. But thanks to the work of Svigals + Partners, this has not been a problem in the case of Sandy Hook.

"Our creative engagement with the committee allowed us to solicit input and test ideas on an iterative basis throughout programming, planning and design," concludes Brotman. In addition, in many cases it allowed the members of the consultation committee themselves to explain design decisions to other community members. "This reduced the need for more formal approval, as such; it was a by-product of the process."