Group8asia is nearing completion on a first-prize winning proposal that is meant to revive the concept of public housing in Singapore. The Punggol Waterway Terraces, so named for the river on which they’re set, will be a sustainable community that aims to echo the utopic exuberance of Singapore’s first housing developments in the 1970s. Arranged around central courtyards, these high-rise apartments hope to create a sleek, graceful skyline that contrasts with the verdant greenery of their landscape.

The masterplan for the housing development covers a site area of about 70,000 square meters, creating 1,876 residential units. Landscaping plays a large part in the development’s design; large, hexagonal voids within the structure provides garden space that can be seen and shared by the building’s community. The terracing of the buildings themselves is meant to resemble the mountainside rice fields that are so common across Asia. This design choice also allows for even more garden space on the buildings’ rooftops.

The housing units of Punggol Waterway Terraces are modular, allowing for residences to change alongside the needs of the family living in them. The buildings’ thin plans allow for generous views of the surrounding gardens or waterway from each of the apartments. At the same time, the building’s shape and orientation prevents unwanted solar gain from the units’ windows, and maximizes natural ventilation.

Punggol Waterway Terraces is currently under construction. Group8asia won the competition through a competition in 2009. 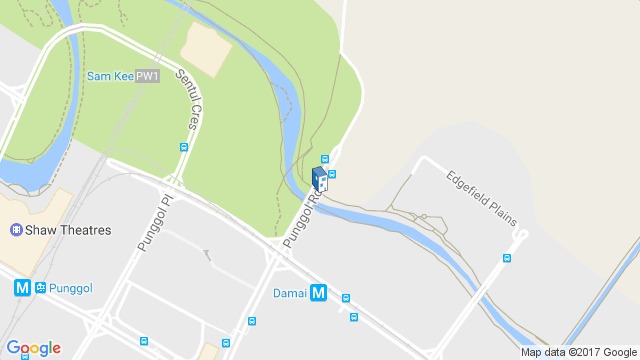