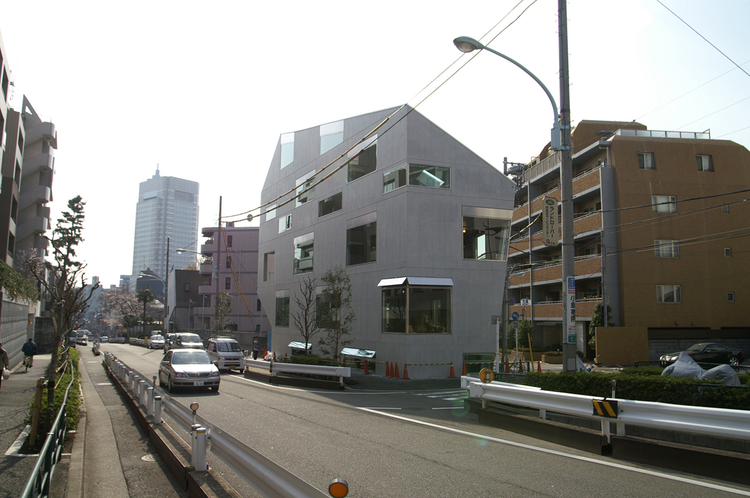 Text description provided by the architects. This is a project for speculative building - the land is bought, value is added through design, tenants are found, and the project is sold off. The site is located in the wedge between a fork in the road on sloping land, so something with character as a landmark was sought by the client.

Since the tenant details were not determined, in developing the design we could not help but concentrate on contextual elements. In seeking out common criteria from responses to various separate external factors, such as the difference between levels on the site, the shading envelope, assumed circulation paths and so on, we came to feel the necessity of some internal rhythm. Here we started looked at the windows and balconies of the apartment buildings that surround the site, and in a mirroring relation, arranged openings in a chequered pattern on the three frontages facing roads. For the windows, we took the largest standard dimension for double glass windows as a baseline, varying the proportions in response to external conditions. As a result, the exterior façade came to have in parts an elastic expression, suggesting movement.

We placed an entrance in each frontage, and allowed this to be absorbed into the partial deformations of the repetition of windows in the façade, yielding parts revealing difference amidst the general pattern. The window can be understood here as an element that is shared in common with the surrounding context, as well as something engendering an internal rhythm; as a device that responds flexibly to external conditions while creating diverse internal settings; as a tool negotiating a multi-layered context. The name "Mado(means window in Japanese) Building" was taken from this. 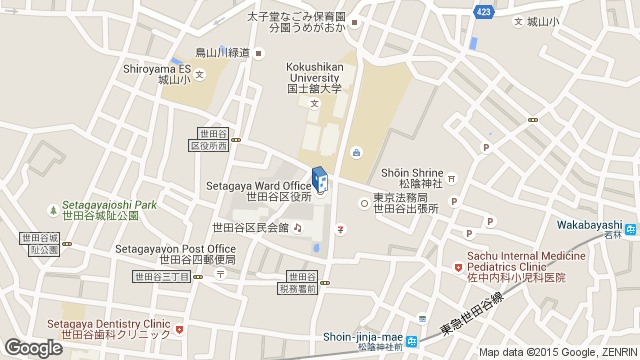