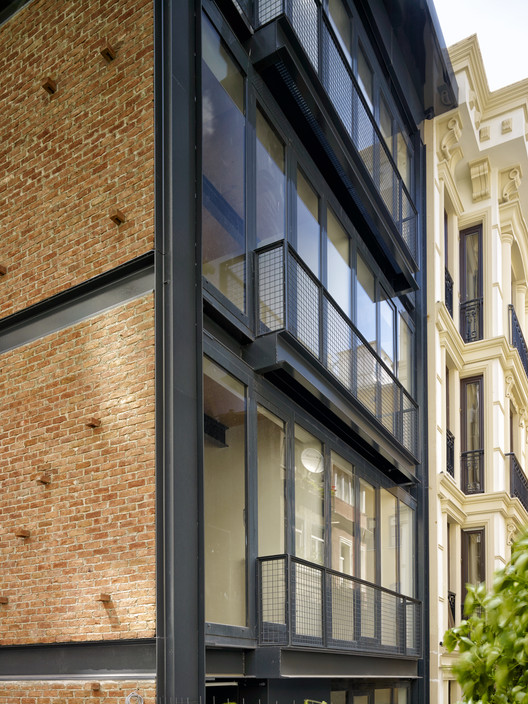 Text description provided by the architects. NoXX Apartment is located in a narrow dead end in Cihangir. Due to the location of the Project and the short timing for construction, conventional construction techniques seem unattainable, therefore a steel structure apartment building is designed with an industrial sensibility and as a homage to the rare standing structures from early century typical of the area.

The underground levels of the building are reinforced concrete while the upper levels are established as steel structure. Composite structure is left visible on purpose, without using plaster, paint or any cladding material in the inside and the outside.

The building is adjacent to next building on one side, and the facade on other side must be a blind wall as well, according to regulations. This blind facade is composed of steel structure with insulation materials in between, and brick walls on both sides. Custom made bricks are designed to be placed uneven on facade in a natural pattern, giving different linear shades at different times of the day, breaking the monotony. These juts are also functioning as roosts for birds.

Front facade and rear facade are designed wide to the utmost, to capture the maximum light in, opening up to French balconies from living rooms.

Satisfying the life style and the need of the area, NoXX Apartment is composed of 7 studio flats around 60-70 m², including two attic duplex and a garden duplex.  Wi-fi, fire and theft alarms are part of smart infrastructure of the building. 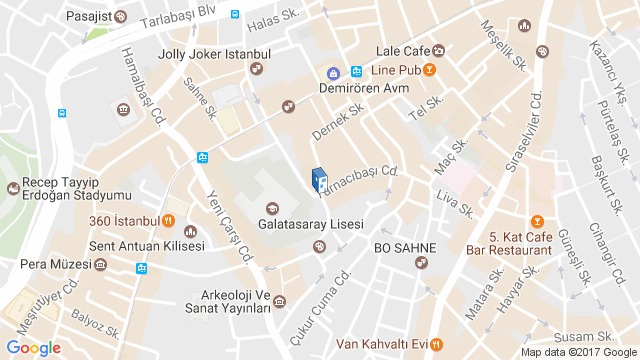