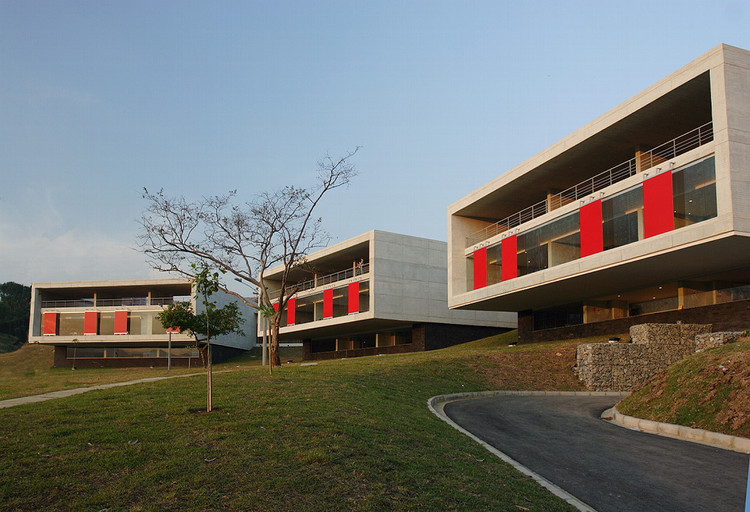 Text description provided by the architects. The aim is to establish a project that enables the biggest amount of urban connections and the development of public spaces. To achieve this, there are several proposals such as enabling the roofing of the building as public space, empowering meeting places and developing viewing-points which overlook the city.

The model allows the usage of communal facilities as small open spaced theatres, viewing-points, small plazas and sport fields when placing them on the rooftop, leaving plain borders as vacuums inside the lot and thus enabling their external use.

We propose a management program between the EDU and the Culture Secretariat called "Film, Music and Theatre in my quarter". This will allow the usage of the above mentioned roofing as auditoriums so that every two weeks a cultural show can be taken to each quarter.

The place presents itself as a green viewing-point and a territory of connections between the lower and upper zones of the quarter, which are actually used as areas for sport activities. The project we propose will redefine the existing paths and empower the creation of shaded plazas on the library's rooftop. As a result, it will not only multiply the connections because the building will be an obliged path, but it will create more and more events as people intertwine in the public spaces provided around the library. More than a transformation, we want to re-interpret the space so that it can be recreated into a symbolic place for the city.

The project will consist of a system conformed by three contained, rotated, squared modules that turn, adapting themselves to the landscape and the view and one curved module that unites and relates the other modules and that, in addition, allows other uses. The project is a landscape that gives the urban geography continuity through the paths and the building of public space on the rooftop, a landscape constituted by paths, theatres or inclined plazas, a spatial network with connection multiplicity and meeting places.

4. CURVED CONTAINER - 24 hours. Can be used as support. Exposition rooms (as obliged path for all users), cafeteria, management, bathrooms, ludotechs (will be used as kinder gardens 24 hours).

Structural system in reinforced concrete, in porches and screens.

Each container module is structurally independent from the curved connector. Modules are conformed by screens in the ends to compensate the projection afore mentioned and in the center 2 axes of rectangular columns in concrete. The connector is proposed in a reticule of metallic columns filled with concrete and a contention wall in stone gabion and concrete in the rear part.

Vinyl floors in different colors and shapes limiting pedagogic areas. Visible roofing in white concrete with inferior cake and wooden panels of 5 cm planks. White antique concrete walls. Crystal plates in sandwich with colored resin on the inside to mark and provide some color to the pedagogic areas. The mobile panels of the façade in folded cool rolled planks and curved borders with elements in teka wood.

Following this, the Container Module 1 is thought to have 3 floors, using the tilt of 12 meters left by housing.

Circulation systems crossed airs through the mentioned patios, which allow cold air to displace hot air. We propose the usage of natural air cooling systems, nurturing the inside of the library with fresh air. In addition to this, we want mobile blinds to cover the windows that face the sunset so that the effect of sunlight can be minimized. On top of the roofing-view points, we propose the plantation to trees to provide shadow. 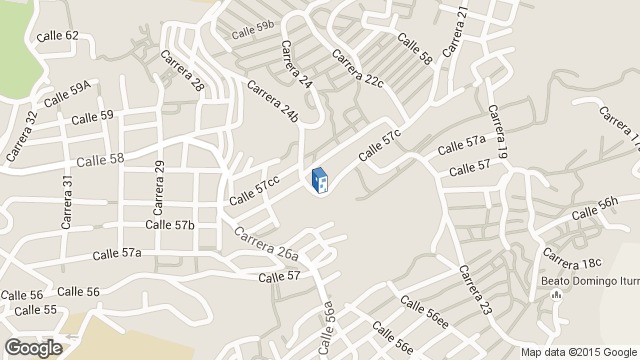