Commissioned by the Tianjin Urban Planning Bureau, Holm Architecture Office (HAO) and Archiland International (AI) have unveiled their competition proposal for the Bolong 3D Movie Museum and Mediatek in Tianjin.

Envisioned as part of a new media park slated for construction in the city, the building's design is playful and contemporary, offering visitors a "series of unique spatial experiences." Learn more about the project and view selected images from the proposal after the break. 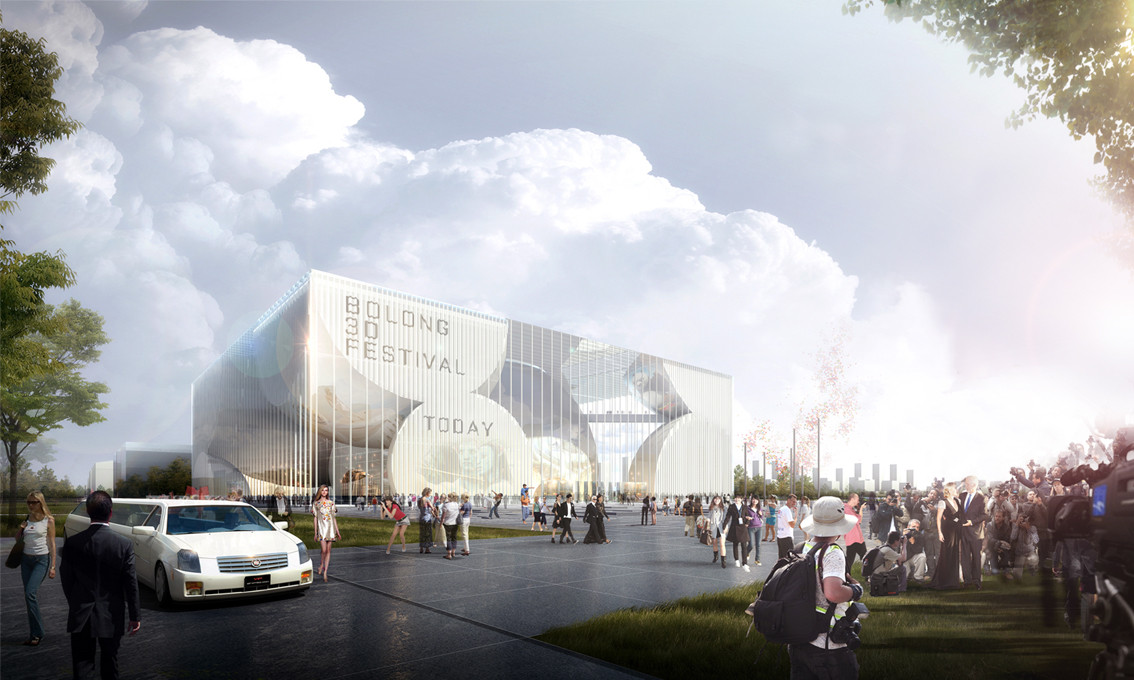 Renowned for their urban and community products as much as for their architecture, HAO and AI imbibe the project with their characteristic creativity, citing the building's form as inspired by the shape of the clouds. Indeed, the sense of freedom and possibility evoked by such a comparison is evident in the innovative design of the building itself.

Each of the museum's many programs is encapsulated in its own sphere, with pedestrian traffic directed between and around these by wide circulation paths. The importance of allowing an individual path for exploration of the building is underscored by the architects, whose meticulously crafted floorplan allows spaces to overlap and interconnect.

In section the project is ambitious, combining spherical forms with more conventional floor slabs and atrium spaces. Yet innovation was a key driver behind the project, with HAO founder Jens Holm describing "interactive surfaces and an expressive, bubbling interior [that] provides an immersive experience as rich as the 3D media it is built for."

Combining architectural design with state of the art projection capabilities, the Bolong 3D Movie Museum and Mediatek hopes to be the fulcrum of the upcoming Bolong FIlm Festival, and house the James Cameron Avatar Experience Centre.

The sprawling project has a total footprint of 74 000-square-meters, and will facilitate movie, media, and 3D projection alongside other entertainment, conference, and office facilities.