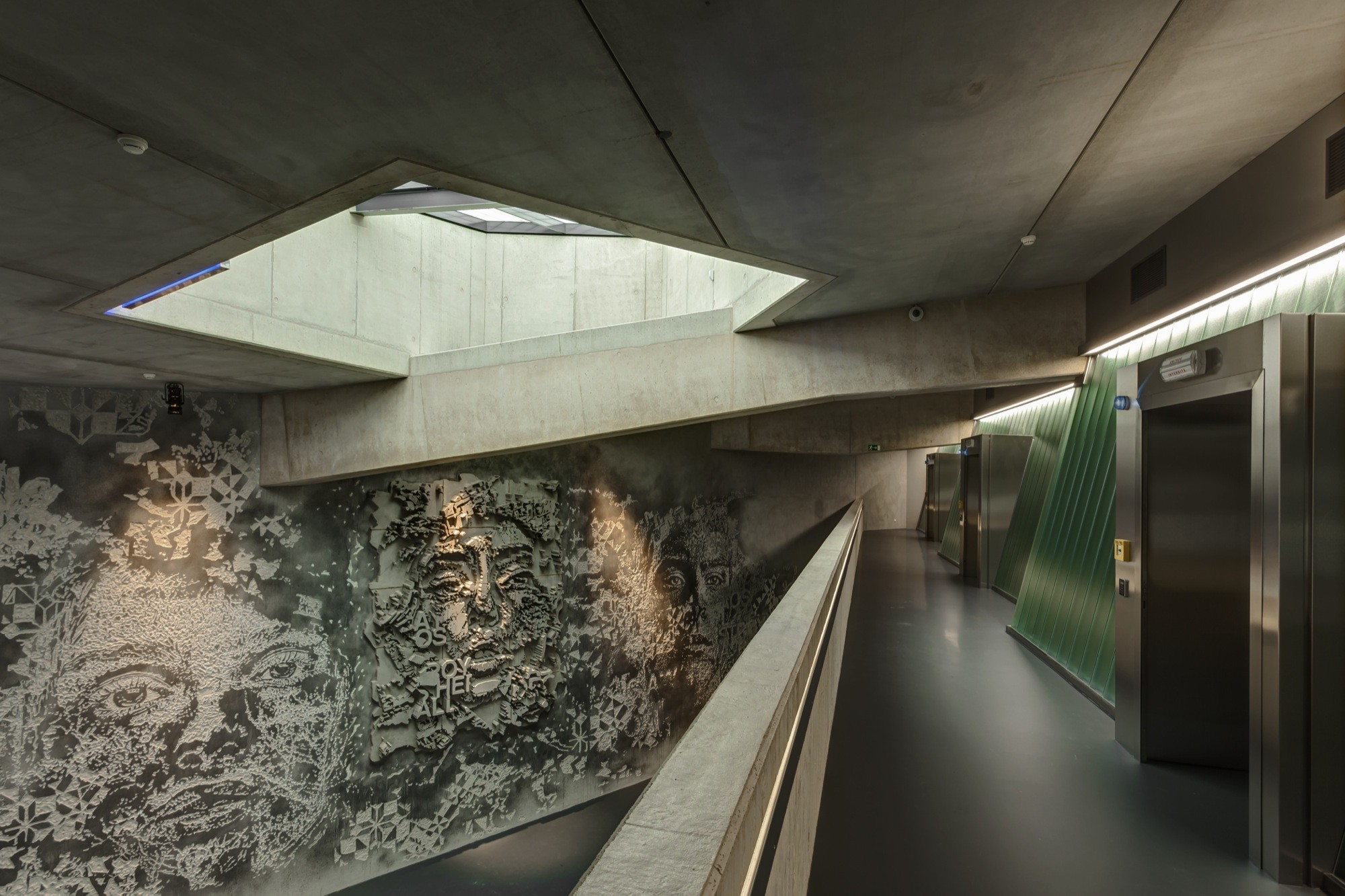 The project developed by Atelier d'Architecture 3BM3 (Carmelo Stendardo & B. Montant) in Geneva, already conceptors, among others, of both Geneva and Singapore Freeport buildings. Their approach is based on the consideration of safety, legal, technical and functional matters, but transcends them by turning them into as many architectural qualities.

A Freeport is not only a deposit. It is a showcase made to keep art, characterized by the presence of ephemeral private galleries and showrooms. If it were possible to summarize the concept of the project in a few words, it would be appropriate to say that everything has been thought to go beyond simple secured storage to achieve fool proof technical and safety modular space. On the opposite of the discreet outside architectural identity, the inside architectural concept is in line with the stored treasures.

The legal requirements become an excuse for a volumetric game that breaks the banality of a simple box and creates formal tensions. The technical constraints, including security matters (control of the external environment, access control, seismic detectors, humidity detectors, infrared cameras, temperature and humidity control, goods control at the entrance of the building with the latest technology scanners, etc.) have led to the architectural character of the building.

An envelope with practically no windows, light sources by skylights, heavy weight and spectacular looking doors lead to the premises, high performance facades that prevent both a significant addition of heat and air conditioning leaking outside the building. This skin is lined by a gabions shield, which allows the image of the building to vibrate and vary according to the mood of light and time.

A variation of thicknesses allows the gabions to change the perception of the stone that invades the vertical faces of the building, placed on a foundation characterized by vertical lines.

The functional requirements have led to the idea of a precious box, so delicate and voluptuous that discreetly announces the value of the goods it contains.

The natural stone that composes the gabions contributes to the vibration of this jewel by the changing of colors depending on the rain, snow and sun. With the interventions of the American designer Johanna Grawunder and Portuguese artist Vhils, the building also reinforces the differences and similarities between architecture, art and design. The involvement of these two artists took place not at the end of the book, as can be seen in most buildings, but at the design stage.

This particularly applies to Johanna Grawunder’s work, who wished to first understand the architectural qualities of the project to propose interventions that do not appear as additions but as constitutive parts of the building. The building is constructed in order to achieve high-energy performance standards and is part of sustainable development concepts. The materials used in the construction had little impact on environment as well as those used for the technical installations. A particular attention has been given to the use of local or recycled materials.

Sand, significant in the final colour of the concrete, came from a single source and was stored at the local producers to ensure maximum uniformity of colour. To ensure at all times ambient conditions (temperature and humidity) in the various premises, a principle of N + 1 redundancy is provided on all delivery sequence of energies.

This is done to protect against various failures or malfunctions of facilities and also allows for preventive or curative maintenance operations without affecting the functioning of the building.

In the office areas, conditions (23 ° C ± 1.5 ° C) and 50% (+ 10%) relative humidity are ensured. The slabs are preloaded to support over significant charges up to 2 tons per m2. Local extra thickness around the pillars (mushrooms) guarantee puncture resistance while increasing stiffness. They also have the effect of limiting deformations span.

An average of 250 people worked on the site. 16,400 m3 of concrete was used. Formworks represent about 47'400 m2, while the weight of the armatures installed is 1.700 tonnes. The structural work took about 64'500 hours. For the carrying out of the works, the Atelier d'Architecture 3BM3 was assisted in situ by the architects A + A. The building envelope, highly insulated to prevent heat loss or heat gain is coated with Gabion structures inside which were assembled stones of the region. This architectural option reflects the desire to build in harmony with the site, largely characterized by the presence of these stones, which were used from the construction area to fill the gabion structures.

From the first sketches, we intended to propose a compact and rational building. Essential premises for any project claiming be part of a sustainable development concept. We wanted to limit grey energy as much as possible in the use of materials and construction processes. The materials used have limited environmental impact for their production, transport and processing and ensure long life to the building.

Outside and inside, Materials with minimal processing and free of synthetic lacquers were used, limiting emissions of harmful substances. The project easily enabled the centralization of energy production, the use of renewable energies, management of rainwater and the implementation of a building with high-energy performances. 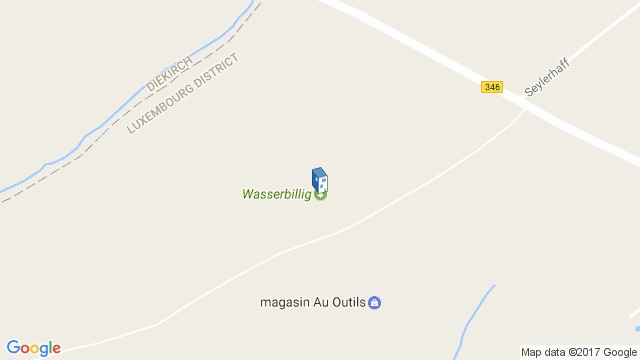 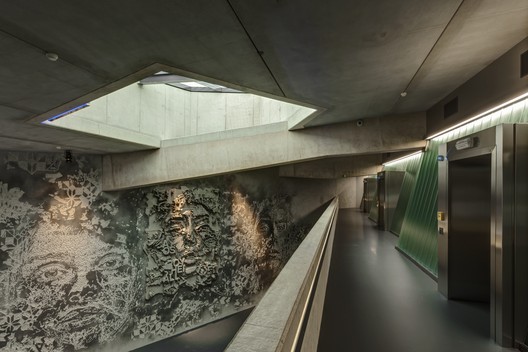