64 North, HNTB Engineering, Bionic Landscape Architecture and sculptor Ned Kahn have been chosen by the City of Palo Alto to realized a new bicycle and pedestrian bridge over the 14-lane Highway 101 at Adobe Creek. Their winning proposal, “Confluence” will connect residential and commercial areas in south Palo Alto to the Baylands Nature Preserve and the regional Bay Trail network.

Read on for more information and a video about the design. 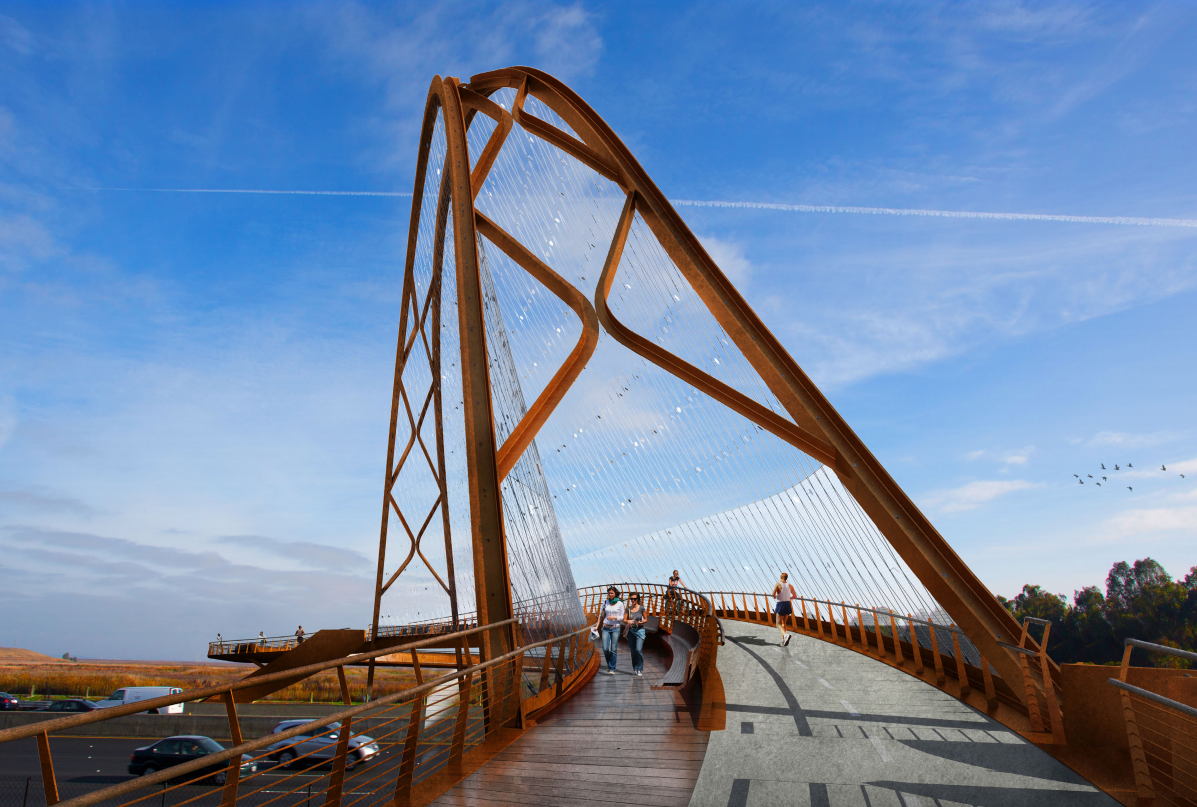 Designed to be as thin as possible (45 centimeters thick) to maximize visibility, the slender, weathered steel bridge was “drawn from the trajectories of the cyclists moving along it and the sinuous waterways of the Bay.” A split pathway will guide users over the highway and beneath the cable’s “cathedral like space,” garnished with “sparkling” stainless steel discs, before leading them pass a protected marshland and stormwater retention pond.

“The winning design includes several amenities (including bicycle repair and bird watching areas) at the Baylands gateway, and shows a remarkable integration of form and expression, creating a safe landmark bridge for the use of cyclists and pedestrians, while also acknowledging that thousands of motorists will pass beneath this bridge every day,” jury chairwoman Judith Wasserman.

The California-based team was announced as winners of the international design competition following a six-month selection process. The competition was organized by the AIA’s California Council.

The City Council is expected to review the design in February.