Text description provided by the architects. The building is set on terraces, like those built by local farmers to prevent earth from being washed down the hillsides. An important priority has been to design a public building with the same materials used by islanders over the centuries for their farmhouses, and in adapting the local landscape for agricultural purposes.

The traditional Ibizan house is often set partly into the ground in close contact with the soil. This is an architectural tradition that has grown out of relative poverty, and at times even hunger. Until the 1960s the island was one of the poorest parts of Spain.

For this reason, the entrance on the north side is little more than a gap in the surface of the stone wall, with flat roofs on which grass or vegetables may be grown by the parish priest (the owner, so to speak). The main intention is to let the building blend in with the surrounding fields.

On this side two courtyards are set into the rock, bringing light and fresh air into the building.

Following common sense the building faces south to receive plenty of sunlight. A possible excess of this is regulated by sliding shutters and porches. The west-facing sun, an inconvenience in these latitudes during the summer, is deflected thanks to white walls, which also divide the outside terraces into various spaces.

The Social Centre has a distribution area in the middle that serves as a hall, and where the reception desk, post office and waiting room for medical attention is found. This hall leads directly to several other rooms, namely classrooms, a canteen and an assembly/function hall, which is provided with two large sliding doors that when open enlarge the space as far as the south terrace, where a large amphitheatre provides sufficient room for special meetings in which the whole village can take part.

With regard to ecological construction, there are two main areas of interest in this project: energy efficiency and ecological materials

This is based on a level of thermic insulation much higher than that found in a normal building:

Almost every room in the building is illuminated with natural light.

Cross ventilation is guaranteed from the courtyards.

The boiler (gas-based) is of the condensing type.

In the canteen, the washing-up unit is bithermic.

Rainwater is collected in a roof cistern, and topped up whenever it rains.

PVC plastics have been avoided, being a product of the chloride industry.

Pipes and all other fittings which require plastic are of polyethylene and polypropylene, easily-recycled plastics.

Asphalt has been avoided in water insulation.

Water insulation is either layers of polypropylene or natural rubber in the flooded roofs.

For thermic isolation natural cork has been used. Its efficiency is higher than other petroleum-derived insulation materials, and is also recyclable and biodegradable.

Doors, window-frames and other pieces of carpentry are made out wood. We have stipulated that these carry Forest Stewardship Council certification.

Paints are mineral-based and non-acrylic. 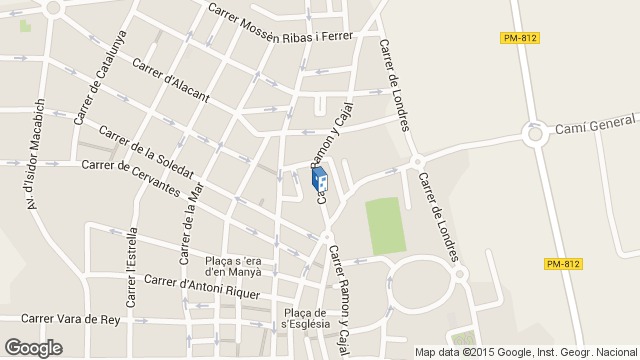