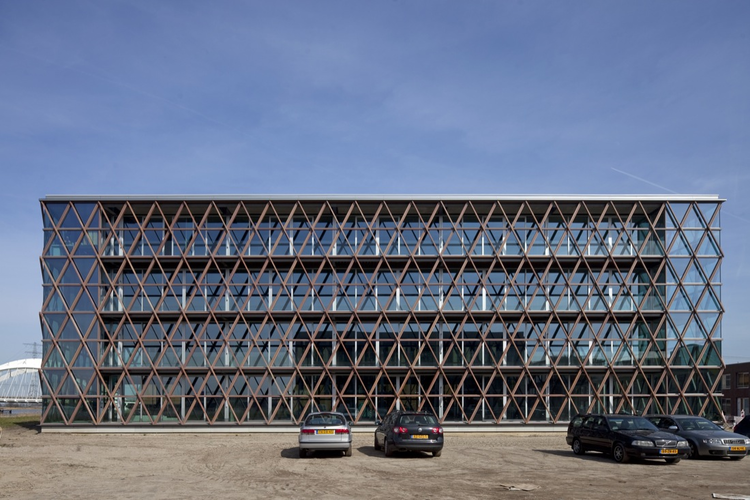 The newest addition to IJburg can already be seen from the A10 interstate near exit 114 and has already been given a name: the xxx's. A prominent and elegant building, formed by a diagonal grid covering the façades. From the interior or the balcony, a striking view across the water with the A10 as a background.

3Years ago, BNB architects and B06 architect-firm took the initiative in self-developing an office building for their own use. The municipality gave them a 2 month option on a building plot on Steigereiland with a GFA capacity of 3500 m2. In this period a sketch design had to be drawn, 65% of letters of intent to be gathered and a financial plan had to be realised. On their own, the two firms were good for 700 m2, thereby creating the idea of CBC. Anyone who decides to join becomes commissioner and is therefore able to participate in decisions and buys condominium at cost. Within 2 months, 8 end users had been found eager to participate in developing their own office, giving the option on the plot a follow-up.

It soon became clear that assistance in the group process was needed. The principle of CBC had never been tried before and therefore had to be invented, in organisation as well as law. For this, Lingotto real estate was hired as a delegated commissioner.

The assignment laid out by the municipality required a universal icon. A search for an elegant not conspicuous way to make a distinctive building began. A sturdy, industrial and no-nonsense building. In the end the choice was made to rotate the window frames by about 45 degrees, crossed by diaphragm ribs creating a triangular pattern. This grid covers the entire façade. On a sunny day throughout the building an array of shadow-lines appears. The only exception is a cut-out at ground level accommodating the entrance. Because the diaphragm ribs are situated outside of the façade an exciting view of lines is shown, changing from every angle you look at it. Also, the ribs are being reflected in the glass creating even more plasticity. Consulting façade builders Bos brothers from Goudriaan, Jatoba wood (FSC certified) was chosen. The story high façade elements were prefabricated, the corners even in 3D. The wood was given a protective treatment once, against construction damage and will eventually turn grey. The carcass is built from steel columns and concrete floors, with floor heating and cooling. Even though it is a basic shell, all ducting has been hidden.

The floor-plan is also slightly unusual. The hall with void is parallel to the north facade, connecting 20 units, 5 on each floor. The wall between the hall and the units is entirely transparent creating an optimal view for everyone. Because of this situation all logistic movement in the building is visible giving it a life. It also accommodates chance meetings and interaction between companies. Along the south side the wooden grid continues. However, the climatic shell has at this point been retracted for 1,5 meters, creating a fantastic balcony which also blocks part of the direct sunlight. In this part of the grid the only glass used is for protection at the edge. All doors and windowframes are 3.3 meters tall, a choice which would be budgeted out in any standard building, but was received with enthusiasm by the commissioner association (CA) as was the balcony. An end user enjoys something extra. 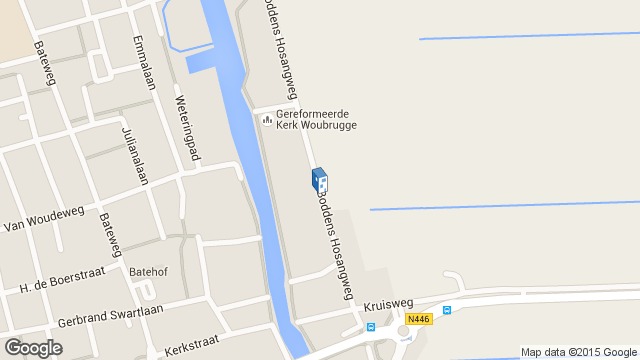