With a site defined by its varied and abundant trees, hk+b Architecture made preserving the scenic landscape and greenery a conscious decision in designing the CPSCL Regional Agency in Tunisia. The choice to maintain as much of the context of the site as possible allows future employees in the building the opportunity to work in an environment seemingly embedded in the countryside. Another important choice in defining the building’s exterior form was the characteristic sloping roofs of the city of Béja. 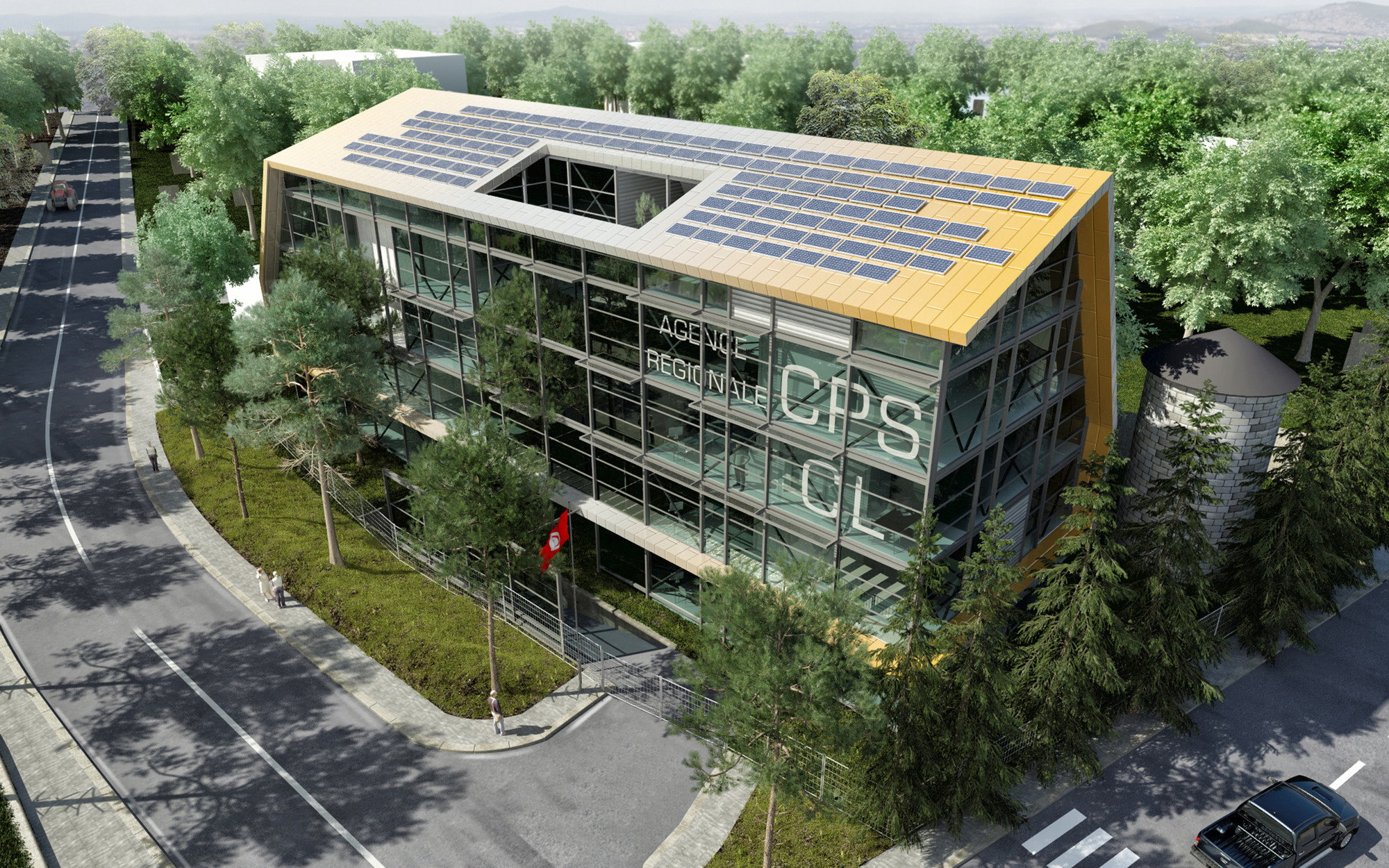 The southeast corner, which overlooks public roads bounding the periphery of the site, consists of framed glass walls. These walls serve to reflect the surrounding greenery in certain lighting conditions, so that the play of reflections and transparencies extend the sensation of the surrounding forest beyond the physical limits of the building. The glass wall provides opportunities for vegetation and solar protection, tempering the impact of the sun during hot periods of the year.

In contrast, a uniform and regular shell defines the northern and western sides of the building, in accordance with setbacks required by building regulations. This continuous roof will have solar panels on its south side that will provide for the project’s energy needs, while the rest of the roof will consist of metal panels. These panels also wrap around the building to form the slab of the first level, so that through the separation of the ground and upper levels the project is detached from the floor and appears to float between the trees.

Trees allow for the creation of compelling moments within the project, allowing the building itself to become a platform from which to view the surrounding greenery. From this concept, a patio is created which encompasses all of the trees that were present in the middle of the site. Large holes in the metallic opaque side of the building allow for views of the greenery on the northern and western sides to be incorporated. The existing road, which runs throughout the site, will be maintained as an access route and a ramp will enable access to the basement while preserving the nearby vegetation.