Save
AD Round Up: Shanghai Pavilions Part V
Share
Or
Copy

Only four days left to the grand opening and the pavilions of the Shanghai World Expo 2010 should be ready to receive thousands of visitors each day. We’ve been featuring a lot of pavilions but there is still a lot to cover, so we hope to bring you more on the Expo in the next few days (like a good preview of many pavilions ready later today). Meanwhile, check some of our latest ones, after the break.

Dutch Pavilion for Shanghai World Expo 2010 The Dutch submission to the 2010 World Expo in Shanghai is an exceptional one. This time around, it will not be the classic pavilion with long lines of visitors waiting outside and a presentation inside. The Netherlands is making its appearance at China’s world exposition along an entire street. The submission, entitled “Happy Street”, is the response by designer John Kormeling to the Chinese Expo theme “Better City, Better Life” and the sub-themes (read more…)

Monaco Pavilion for Shanghai World Expo 2010 / NAÇO Architecture Designed by NAÇO Architecture, Monaco’s Pavilion for Shanghai World Expo 2010 will feature a movie that will take visitors on a lap of Monaco Grand Prix and show a luxury ecological car prototype of the new Venturi Volage. The 2,000-square-meter pavilion will invite visitors to explore the evolution of casr, city transformation and KERS system from Monaco Grand Prix’s beginning in 1929 in a special area dedicated to Formula One (read more…)

Iceland Pavilion for Shanghai World Expo 2010 Iceland Pavilion for Shanghai World Expo 2010 was designed by Plús Arkitektar. The concept for the Icelandic Pavilion is to create the image of an ice cube made of backlit printed fabric on the exterior that captures the complex ice patterns that are only visible within a glacier. Inside the Pavilion a short movie will be projected on to white screens along the walls and ceiling that make up an all encompassing sound and image capsule (read more…) 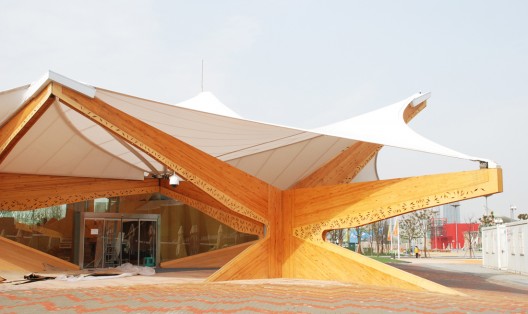 Norway Pavilion for Shanghai World Expo 2010 Expo 2010 Shanghai is the first World Fair to adopt sustainable urban development as its theme. As consequence concepts which legitimise the extensive resource use and major investment of a World Fair must be promoted. The basic concept of “Norway Powered by Nature”, designed by Helen & Hard, directly engages this challenge, placing emphasis and awareness on multiple aspects of sustainability (read more…) 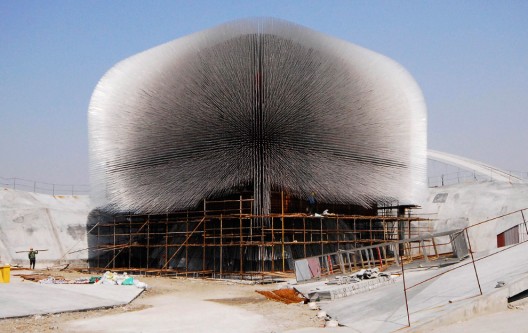 Shanghai 2010: Almost ready? There’s still a little bit more than a month till the opening of Shanghai’s World Expo 2010, scheduled for May 1st. Many construction workers are still working to finish the pavilions that will receive up to 800,000 visitors every day, expecting a total of 70 million visitors till October 31, when the Expo will close its doors. So are the pavilions ready? (read more…)