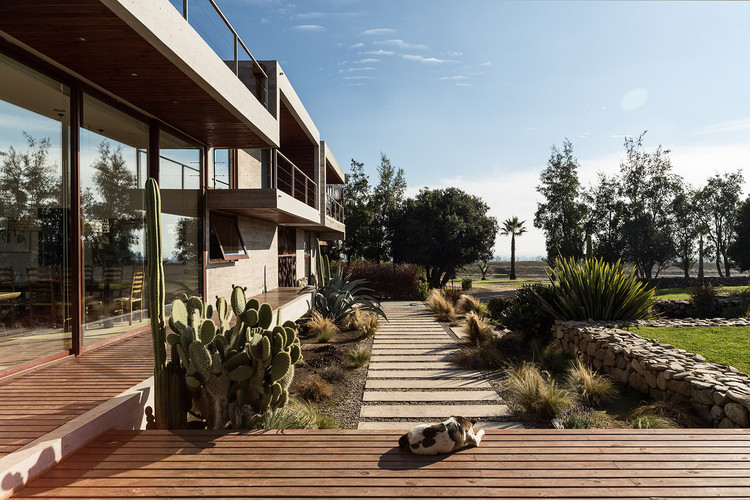 Text description provided by the architects. This project is set against the backdrop of the pre-Andean landscape of the Central Valley, famous for its remarkable landmarks. Facing the breath-taking mountain range of the Andes towards the South and the East, and looking onto a rolling, luxuriant valley of almond trees to the West, the house is located eastward next to a water reservoir, which has become an integral part of the surrounding landscape. Positioned along an East-West axis, its facades open onto the North and South directions, allowing thereby to create a luminous atmosphere, whilst avoiding harsh sunlight.

The program is composed of two solid blocks, each with a second floor, articulated by a central void and connected mid-floor by a stairway and access ramp. This helps confer further privacy to the bedroom with respect to the rest of the building.

The formal character of the house arises from two conditions: first, the need to preserve the natural warmth of the Central Valley house, which translates into a pathway that runs along the entire length of the house. The other condition is self-imposed and is related to the structure of the premises, where a ribbon of concrete unwinds around the exterior structure of the house. This ribbon serves as balcony, eaves and wall, and adapts according to the new topography required by the staggered mid-floor layout.

Materials play a fundamental role for the integration of the house within its natural surroundings. Visible board-formed concrete is used in most of the house, except for the basement walls, which are covered with the stones that were excavated during the foundation building phase. These pebble-like stones were split to expose their rough side. The third important material is impregnated pinewood, which is used as decking for the balconies and goes up the sides to transform into eaves. Finally, the house includes various elements of oxidised metal, such as the main entrance door and the sun louvers that conceal the service areas. 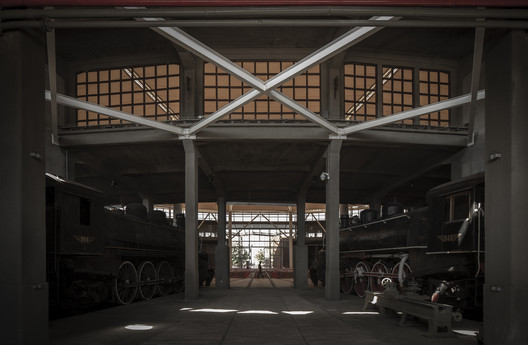