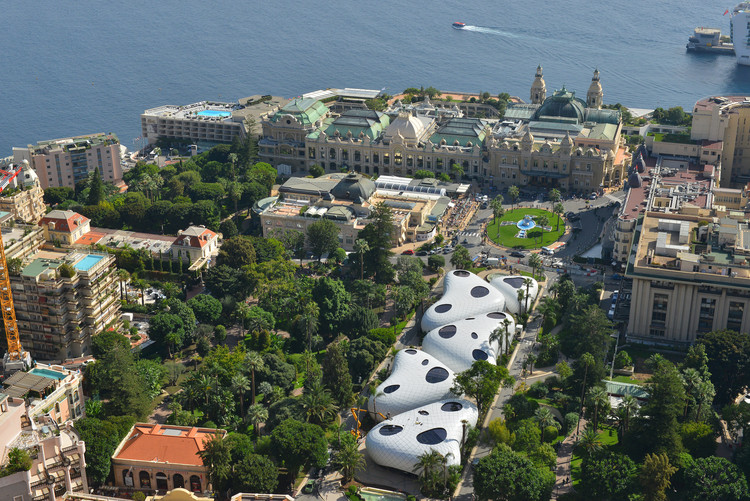 Text description provided by the architects. As part of the major urban development project of the Place du Casino, orchestrated by Monte-Carlo Société des Bains de Mer, the Hôtel de Paris  (1864) is being restored and the art deco Sporting d’Hiver (1931) will be replaced, in 2018, with three buildings, combining shops, upscale residences, offices and spaces for recreation and culture.

The realization of this project, in the heart of Monte Carlo, aims, among other things, to upgrade the site currently occupied by the Sporting d’Hiver, so that this exceptional site may retrieve its historic role in the economic, social and cultural development of the city.

For this purpose, Monte-Carlo Société des Bains de Mer wished to temporarily relocate the luxury boutiques therein to within the Jardins des Boulingrins for the duration of the construction period, which began in June 2013. This project integrates a respect for the environment and ensures the sustainability of the heritage flora of the area.

The five pavilions of different sizes, ranging from 220 to 600 square metres each, reaching a maximum of 10 metres in height, will house, within the total surface of 2700m2, the boutiques during the 4 years of construction. The structure of these round forms, cloaked in a faceted shell of white aluminium panels, consists of demountable cells.

At the time of construction of these modules, some of the existing trees in the Jardins des Boulingrins had to be moved. These subjects were transplanted and cared for in nurseries, before their definitive return to the garden.

These boutiques foreshadow the future ensemble which will renew the quarter into a place of animation and conviviality, exemplary in terms of green urbanism and sustainable development.

Designed by architect Richard Martinet at the head of the agency affine design, the five Pavillons Monte-Carlo house twenty-one luxury boutiques in the centre of Monaco. At the request of the Monte-Carlo Société des Bains de Mer, master developer and owner of the Jardins des Boulingrins, Richard Martinet has designed these demountable modules on the principle of ephemeral Architecture. 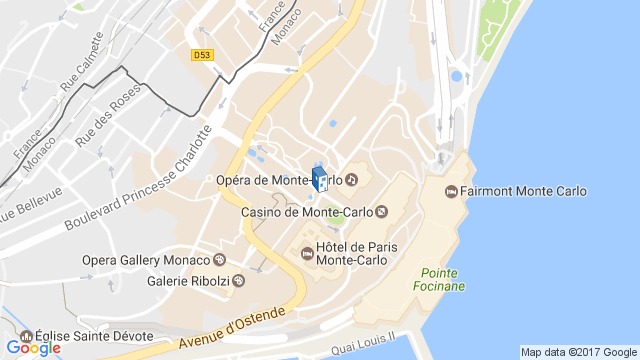