With nearly 120 museums, Paris has the largest concentration of museums in the world. This, as MenoMenoPiu Architects believes, puts the city at risk of becoming a living conservatory. Therefore the Parisian practice has proposed the “EauBerge Paris Capsule Hotel” as a way to mitigate the need for short-term housing for tourists and preserve the quality of everyday life for residents.

"Just like the other European capitals such as Rome, Venice, or Barcelona, Paris risks to become a city museum,” says MenoMenoPiu. “The increase of tourists in the French Capital causes panic and also leads to a gradual decentralization from the Parisians.” 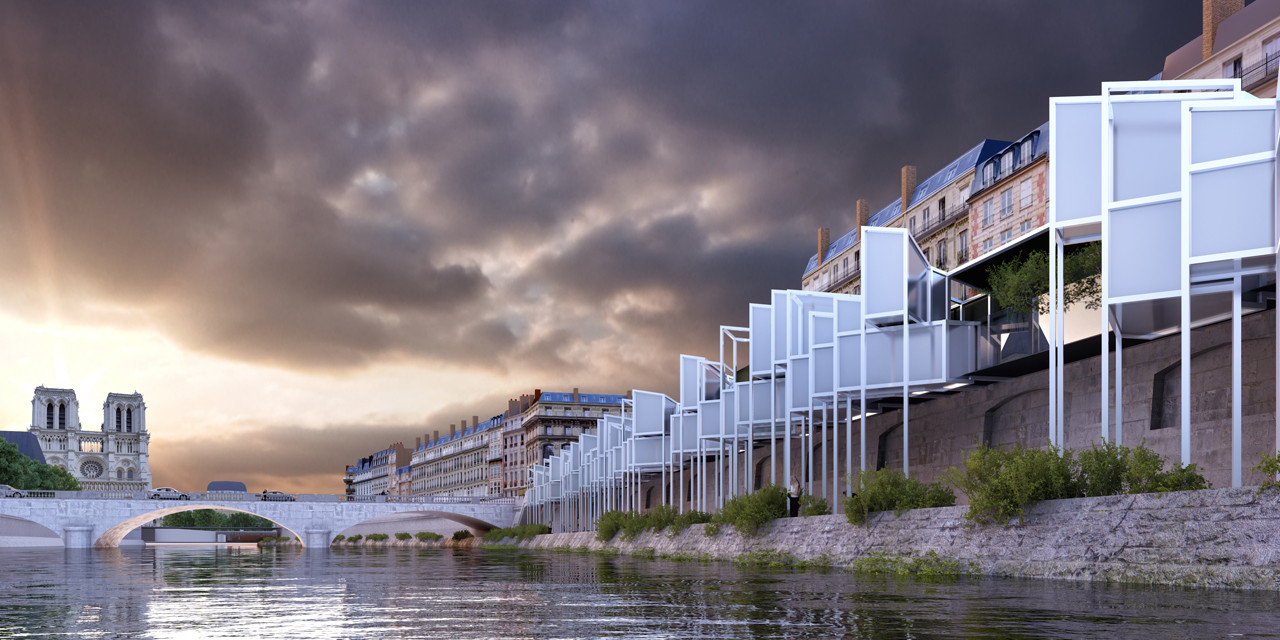 “In order to meet the needs of short-term housing for tourists, we decided to make further use of the banks of the Seine river, for example the Banks of Saint-Augustin. Inspired by the structure and shape of the booksellers along the river and the cabin hotels in Japan, we propose to use a similar system in the spaces of great cultural attraction, hoping to reduce the decentralization of the citizens of Paris.

“Our proposal is made up of a series of cabins that will be installed on platforms in relation to the Seine and the Cathedral of Notre-Dame. To fully integrate oneself into the site and to have the lowest visual impact in places of such cultural importance, the cabins will be serviced by a secure corridor along the banks that will be accessible only by the users.

“These temporary structures can be operated by residents as well as by the citizens."