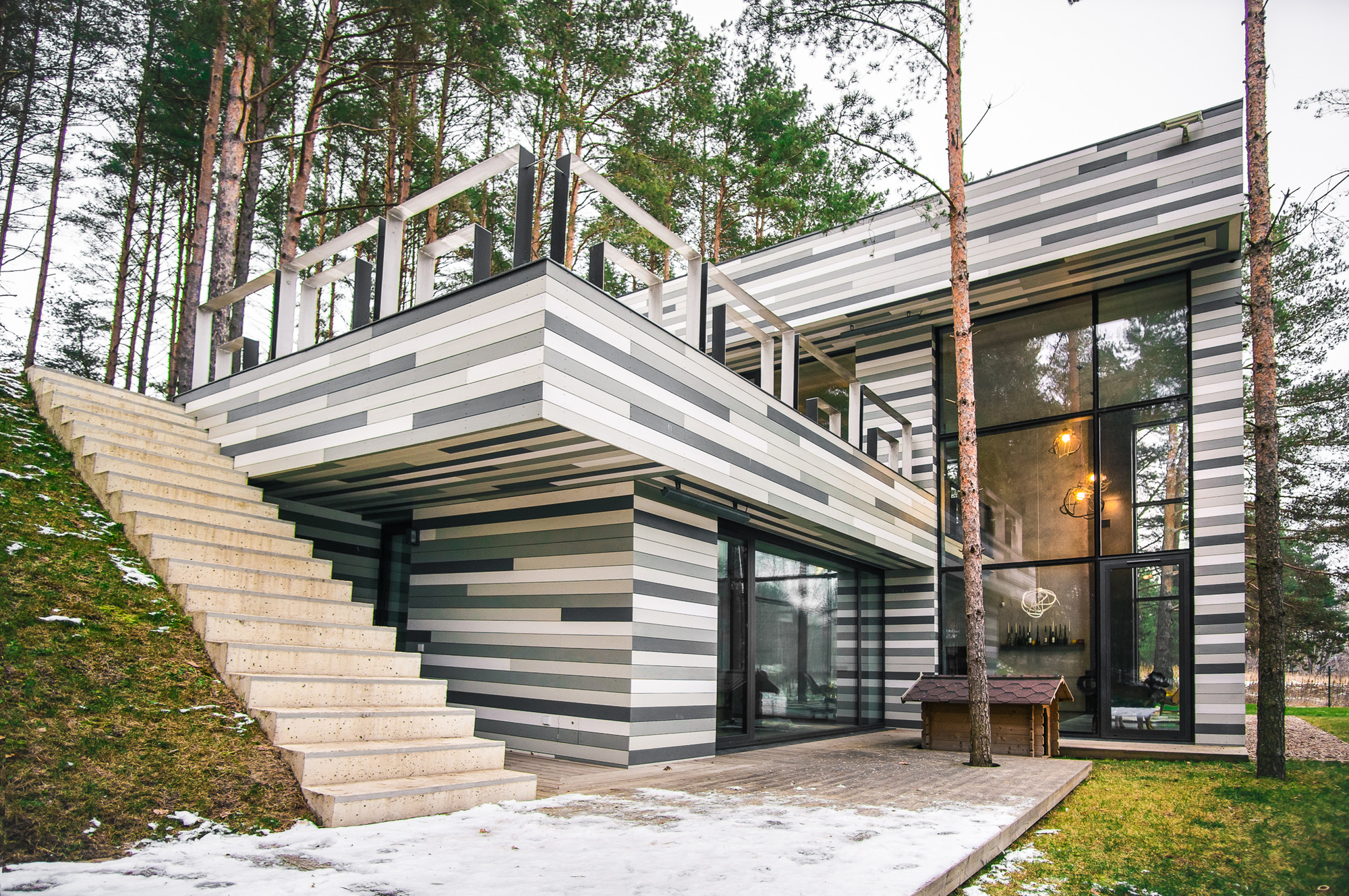 Text description provided by the architects. A birch stump surrounded by coniferous forest on the northern outskirtsof the city of Vilnius, at the bank of the Neris River – this is how the arealooked before the beginning of construction of the current residentialhouse. The birch stump had to be removed, but its presence is commemoratedin the artistic architectural concept of the building.

The main task of the design was to retain the existing trees near thehouse and design environmentally friendlyhouse so that even when you stay indoors, you willhave the impression of living in a forest on the bank of the river.

The design was influenced by the trees, the river and quite steep naturalterrain down the road at the entrance to the plot, to the land parcel freeof trees on the riverside.The building site was chosen at the foot of the natural slope bare of trees,by embedding the major part of the house into the current relief andfocusing the windows to the sunny side of the river.

After entering the building, you have access to the mezzanine overlooking the river and the forest, withthe kitchen equipped with a dining area. The stairs lead down to the guest roomwith tall showcase to the forest and the river. From the guestroom you will access the bedrooms recessed into the slope, with views ofthe surrounding nature.

Deepening the majority of premises into the soil allowed to maximisethe thermal insulation of the building via the walls and the roof. According to local climate, minimisationof heat loss mentioned above, along with geothermal heating and smart natural air supply systems,  enabled the optimization of theoperating costs of the building with large window area, which was inevitablein order to accomplish the basic design task.

Exterior and interior finishes are made with natural materials – mainlyconcrete, wood, metal, choosing the gray tones of birch stump to replicatethe colour motifs. 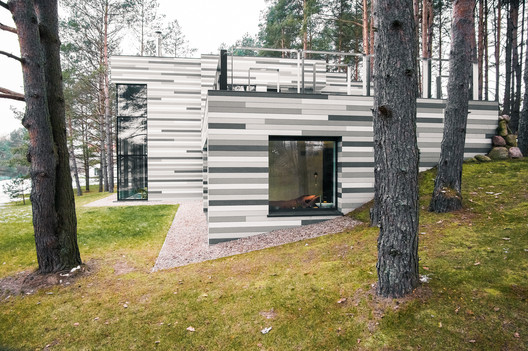