London-based Avanti Architects, along with Glasgow-based ERZ Landscape Architects and NORD Architects, have released the first image of their design to revitalize one of Scotland’s modern masterpieces: St Peter’s seminary. Designed by Gillespie, Kidd & Coia in 1966, and built on the former Kilmahew estate, the Category-A listed Brutalist structure was voted as the best modern building in Scotland by readers of Prospect Magazine in 2005. However, the building has been abandoned for the past 25 years, leaving it dilapidated and facing numerous problems.

Public art charity NVA is leading a £7.3 million initiative to rehabilitate the building and its surrounding landscape to create an art, heritage and educational site. The designs include a performing arts venue with a 600-person capacity, informal indoor and outdoor teaching spaces across the 144 acre site and over 4 kilometres of woodland paths. In addition, the site will contain a heritage exhibition and a locally-led productive garden. 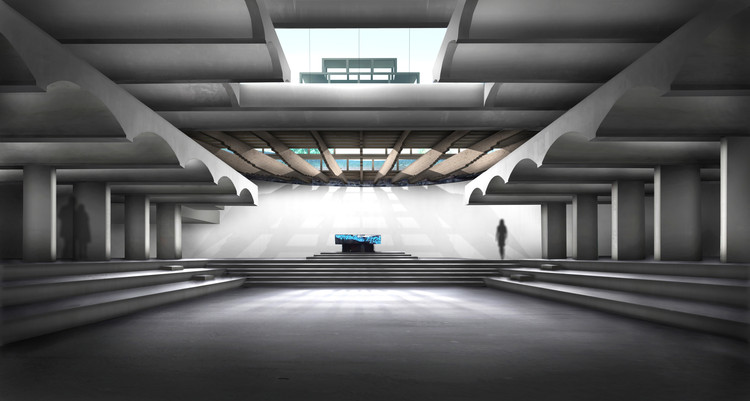 “NVA’s plans represent an unheralded form of regeneration; one that accepts loss and ruination as part of the site history. Our plans offer a singular and dramatic set of spaces to release new uses and new ways of framing human activity,” said NVA’s Creative Director, Angus Farquhar.  "We make no separation between the natural landscape and the buildings; both have different layers within the overarching narrative and are the places that we draw from. So much of our learning, from childhood onwards takes place indoors in dull, stifling environments. So why not spend time somewhere at feels like a day off from your ordinary life?”

Further details of the design are set to be unveiled in early 2015. The site is set to open to the public in the summer of 2017.