Save
Professionals Roar in Norway: Unique Architecture Under Threat from Government
Share
Or
Copy

Architecture institutions and architects are outraged by the Norwegian Government plans to demolish a unique part of Norwegian and international architectural history. Called the Y-block for its Y-shaped plan, the building in the Government Quarter in the centre of the Norwegian capital of Oslo was designed by the Norwegian architect and pioneer inventor Erling Viksjø in the 1950s together with the “H-block” or Highrise (1959) and was completed in 1969. The building is internationally well known for the extraordinary craftsmanship of its sandblasted concrete and the famous Pablo Picasso murals, “The Fishermen” and “The Seagull”. 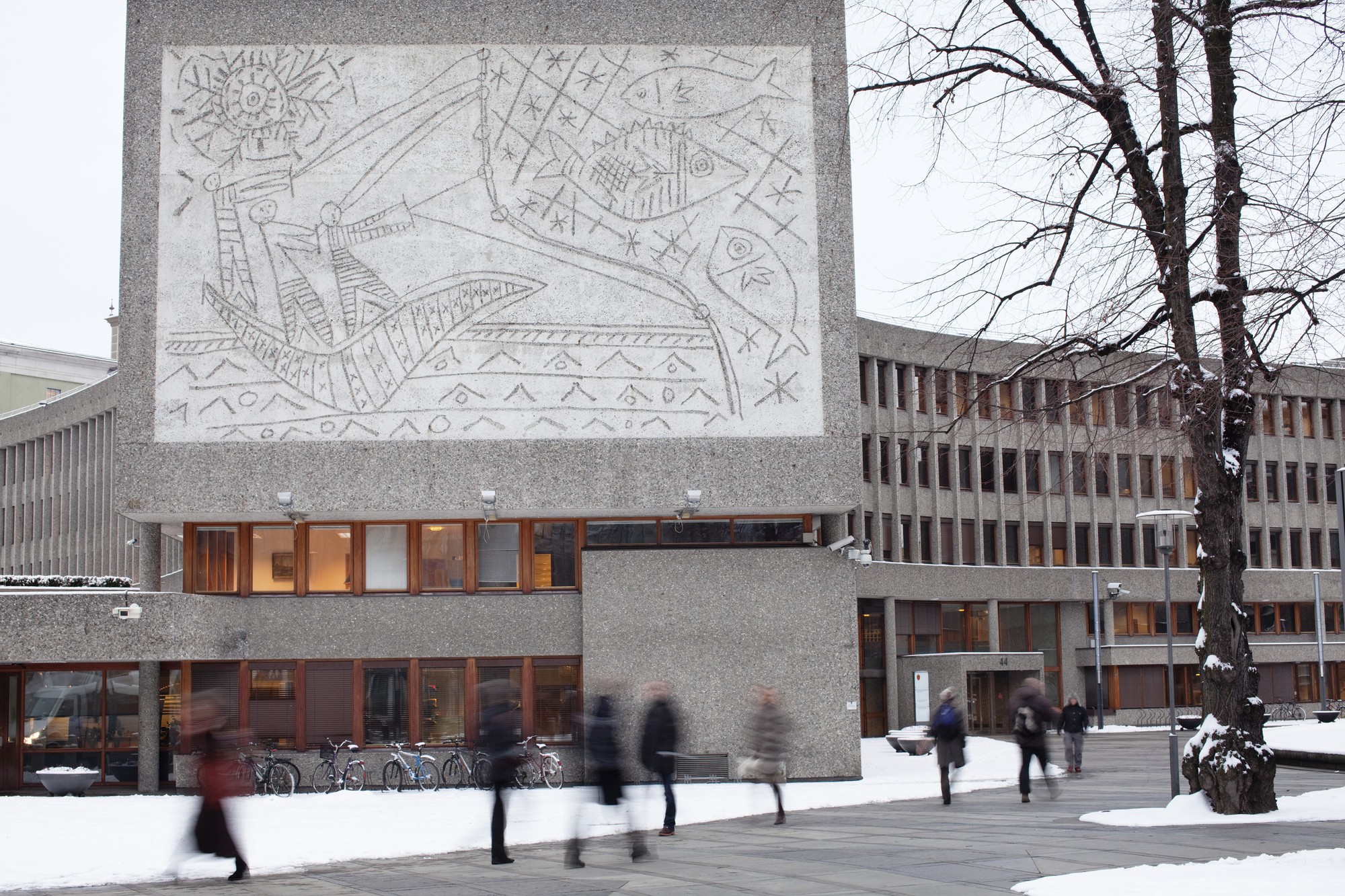 The Government Quarter was one of the targets in the July 2011 terrorist attacks, when nine people were killed by a bomb blast in the area. The terrorist also shot down 69 people at a youth camp on the island of Utøya later that same day. The events shook Norway. Immediately after the devastating day of terror, the current prime minister Jens Stoltenberg insisted that the terrorist would not change the nation’s course of democracy and openness.

Several buildings in Oslo’s Government Quarter were heavily damaged. These included the two buildings by architect Erling Viksjø the “H-block” and the “Y-block” mentioned above. Both buildings include artworks by Pablo Picasso, who worked with the Norwegian sculptor Carl Nesjar on reliefs for both interior and exterior surfaces, as well as works by the prominent Norwegian artists Inger Sitter, Tore Haaland, Odd Tandberg and Kai Fjell.

At the time of the attack these buildings and their artworks were in the process of being listed for historical conservation. After initial discussions including a proposal to build a new government quarter on a more remote site, the Norwegian government decided to redevelop the existing area, but how exactly it should be redeveloped has grown into a debate that has been present in the Norwegian media since 2011. So far the debate has convinced the government to keep the H-block while the Y-block, with the only Picasso mural facing the public square, is to be demolished – after somehow removing the integrated art pieces “The Fishermen” and “The Seagull” which are sandblasted into the walls.

The planning process for the new Government Quarter has been shockingly bad compared to other ambitious Norwegian or international projects during the last years. The process in Oslo has been plain, uncommunicative and completely lacking in ambition, shortcomings that are now having tragic consequences for both the architecture and art of the Y-block building.

The debate is on the rise. Martin Braathen, editor of the architects’ newsletter Arkitektnytt concluded after a public debate last week that the Y-block must be included in the planning process. The government has no arguments for leaving it out, he wrote. A key argument in the debate has been that the Norwegian Government has never really tried to include the unique aspects of the site and the Y-block into the plans for future development.

When the expectations of public opinion, including the family of architect Viksjø, and the architectural community in general is this high it should tell the government to raise the ambitions for its architecture, says Hege Maria Eriksson, head of architecture at the newly established The Norwegian Centre for Design and Architecture. Eriksson, who has been central in Norwegian media during the recent debate on the issue, insists: “It's not too late to decide again” and to keep the distinguished Y-block. Other prominent voices include the editor in chief of Arkitektur N, The Norwegian Review of Architecture, and Ingerid Helsing Almaas who together with director Markus Richter of gallery 0047, has sent an open letter to all Norwegian and international architects and planners involved in the process asking them, as citizens and professionals, to take the responsibility for raising ambitions for the area. In short the letter asks for “more openness and more democracy” in the ongoing process, echoing former Labour prime minister Stoltenberg’s words after the terrorist attacks.

Even though the present government, led by Conservative prime minister Erna Solberg, stubbornly insist that they have finished thinking about the Y-block, people are not about to give up. Well-known younger architect firms, like Eriksen & Skajaa Architects, Superunion Architects and Tyin tegnestue have also thrown their weight behind the demand to include the Y-block in the future plans.

The history of the art of Y-block also has interesting international connections. The collaboration of the Norwegian artist Nesjar and Spaniard Picasso inspired Picasso to insist on the use of “the Norwegian sandblasted concrete” for his work on the House of Architecture in Barcelona, which houses the Association of Catalan Architects. So, Norwegian concrete knowhow and the sculptor Nesjar arrived in Barcelona in 1960 to produce new set of murals, connecting the public square in Oslo to a public square in Barcelona.

But such stories and dreams do not bother the government of Norway, as the ministry gets ready to apply their power to demolish whatever they like. At the moment transforming the area, and handing it over to future generations in a gesture of openness, democracy in empathy with these unique buildings and their Picasso art seems like an unattainable dream. What does it tell us about Norway today?

It is not too late to secure the future of the Y-block, but the danger is evident: that the government will not even perceive the meaning of what they are about to destroy. Let us hope that the international community will value good architecture and the uniqueness of the Picasso murals higher, and make their voice heard. It's time to roar for creative thinking: A wake up call for Norway!

This Tuesday (December 9th), the Norwegian national radio broadcaster NRK will host a discussion discussing the future of the Y-Block.

Einar Bjarki Malmquist is an architect at Malmquist Arkitektur and an editor of Arkitektur N, The Norwegian Review of Architecture, in Oslo.