As part of the Newcastle-upon-Tyne's Malmo Quay development masterplanned by URBED, AWP Office for Territorial Reconfiguration has designed a cycle hub and community hall with a gradually ascending ramp that leads to a lookout platform with views of the surrounding Newcastle Quayside and Ouseburn Valley. Though this distinctive ramp and lookout will be a landmark at a prominent location on the Tyne river, AWP states that "by revealing a new perspective of the city and the Valley, the cycle hub will become a landmark celebrated precisely for the view it creates," rather than merely for its striking appearance above the roofline of the cycle hub below. 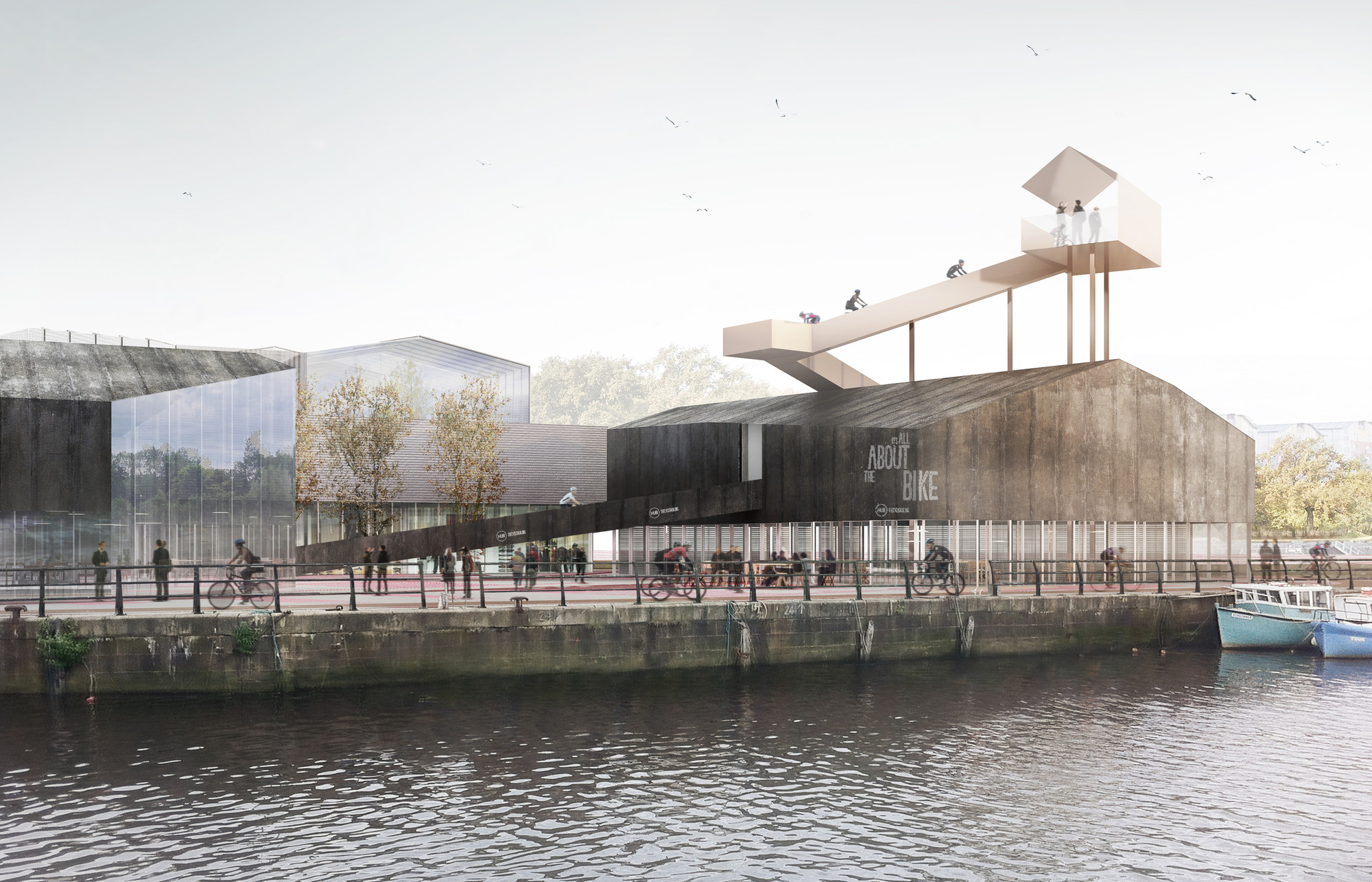 Located at the intersection of Newcastle's major cycle routes, the development at Malmo Quay continues the conversion of the Ouseburn Valley from an industrial centre to a major creative district, following projects such as Xsite's conversion of the neighbouring Toffee Factory. In addition to masterplanners URBED, Featherstone Young Architects and Riches Hawley Mikhail Architects will contribute designs to the Malmo Quay plan.

"The heritage and community spirit of Ouseburn Valley – its industrial past, identity and the values of re-use – are central to our design," say AWP. "The typologies of spaces are unstandardised and flexible, with the possibility of adapting each programme."

The three separate buildings proposed by AWP are all simply constructed, with a steel frame supporting a transparent glass exterior on the lower levels, and rustic materials on the upper levels. The design and materiality of the buildings references the boathouses that are part of the area's heritage.

The ramp, however, is finished in polished steel - disrupting the earthy materiality of the buildings both figuratively and literally as it pierces through the cycle hub on its ascent. The experience of the ramp was designed as a microcosm of Mont Ventoux, one of the most impressive stages of the Tour de France. 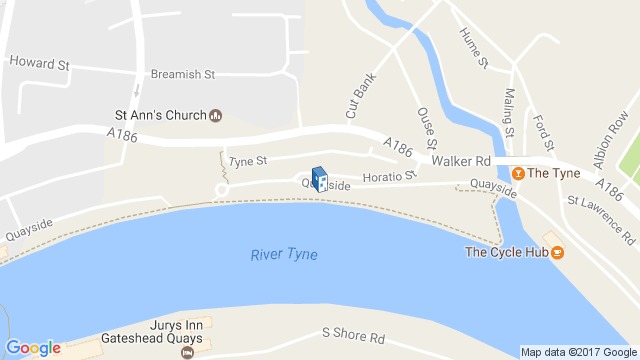