Text description provided by the architects. Let the kindergarten become a place where an architect’s play with space blends with a child’s play. We are presenting the newly built kindergarten in Ribnica which is the biggest kindergarten in Slovenia. The new kindergarten designed by Bojan Mrežar, Renato Rajnar and Peter Rijavec has twentyfour playrooms and measures 4,500 m2. 400 children is playing and learning in it.

The conviction of the authors, when contemplating a kindergarten’s position in the modern world, is that a safe, warm place is a precondition for successful development of a child.  This place should enable the child to get acquainted with the world and society in peaceful and relaxed manner.  Therefore, rooms of the kindergarten were designed to embrace the playground in the middle, imitating hands embracing the child and forming a safe, warm place and environment.

Rooms, intended for children of early ages, almost fully embrace the child, while a hug of the rooms, guarding children of later ages, is less closed and points to the child’s leaving for a big, wide world when the time comes.
Therefore, authors earnestly hope that the feeling of safety and warmth, given to the children in the kindergarten, will accompany them throughout life.

New kindergarten complex is roughly divided into two buildings, namely an administrative-commercial building and the one for children. The buildings have northwest-southeast orientation, following orientations of surrounding buildings and roads.  Both buildings together split the plot into two separate parts. The part north of the structure is meant for the access and parking, whereas the southern part is exclusively designed for children.  The two structures therefore guard the quiet, tender, southern part of the plot from the noisy, rough northern part.

The administrative-commercial building is designed in a single move. Its layout is modern. The floor plan of the building is rectangular, with the floor arrangement of the cellar, ground floor and first floor.
On the other hand, children’s building is treated totally differently. The floor plan of the building roughly forms a shape of two ‘U’ letters or two pockets or bays, each having a different orientation. The building’s line is strongly zigzagged and adapted to the child’s size as well as the plot’s features. Orientation of certain rooms is optimised for each room separately, depending on exposure to the sun, views, noise, etc.

Similarly, in kindergarten draft individual rooms (playrooms) follow one another around the common playground. Each is different yet optimal for a concrete location, functioning as a part of the whole. The same principle has been used for designing the roof, namely individuality and difference within the big entity. Authors tried to combine the principle and shapes known to inhabitants of Ribnica for centuries with modern, contemporary principles of architecture.

Design layout of the administrative-commercial building

Building is designed as a simple cube acting as a contrast to noticeably varied children’s building. Correct geometric body functions as a hard, serious basis/starting point around which wings of children’s building playfully twist.

Children’s building has been designed to contrast with the administrative-commercial building. Rooms for children are designed in a much playful, crumbling, and attentive manner.  Therefore, they follow each other, under different angles, and forming together two big bays or pockets that surround and form a quality playground environment in the middle.

Architectural elements – on the floor plan as well as on the façade and roof – meet each other under different angles, in different ways and jointly creating an architectural play.  Thus, architecture provides us with as much material as possible for feeding our imagination. The corridors have been designed along broken playroom wings providing light (northern light) and facing the nature. At the same time, their variable width can serve as a playroom. Moreover, the indoor ceiling follows the line of the roof, thus creating rooms with different heights.

Ceiling lowers in cloakrooms and toilets, whereas rises in playrooms to open the space.  In the highest part of the playroom, we have placed a folding platform giving additional appeal to the room. At breaking points of the wings the corridor widens considerably, making space for central area.  A part of central rooms’ floor descends terrace-like and creates a theatre environment.  The long side of the façade opens central area into the park. Both the interior and exterior is designed with variety of shapes, colours, materials, textures, lights, etc. It creates a very rich environment to provide the child with diversity of experience. 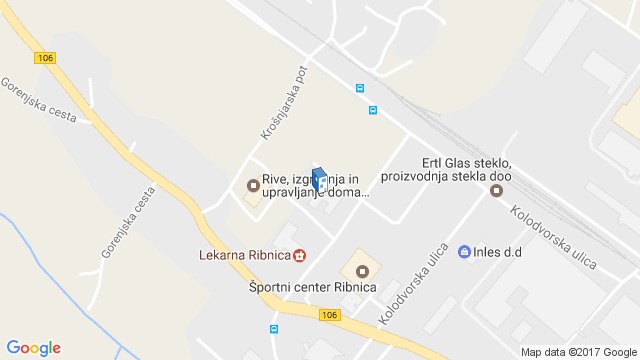 Location to be used only as a reference. It could indicate city/country but not exact address.
Share
Or
Copy
About this office
ARHI-TURA d.o.o_
Office
•••