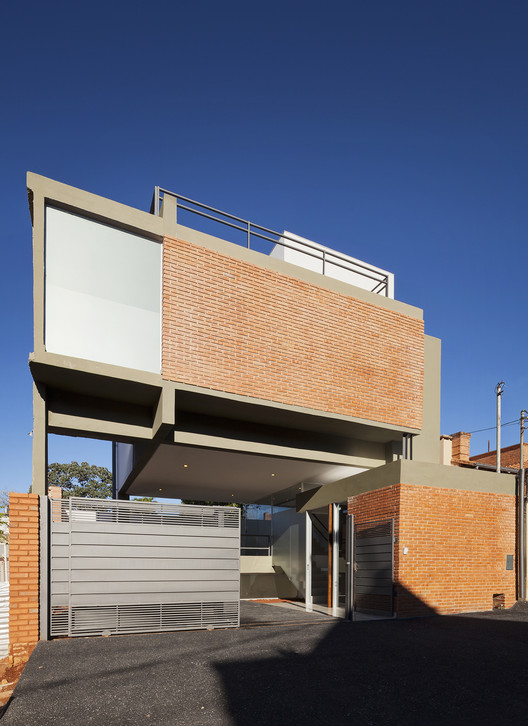 Text description provided by the architects. In the current process of expansion of cities, what is really important are not financial resources, neither does materiality define character, nor some kind of style or form. Today, what is essential is the place. Living in the city means access to infrastructure, clean water, transport, public space, food, education, and culture, which enables the urban dweller to become human.

Within this reasoning, absolutely urgent, contemporary and universal, this small project rethinks themes such as density, public space, the best use of energy, and how these elements contribute to the generation of a new identity. Thus, Asunción can (and should) re-convert into any city on the planet and establish minimum standards of habitability.

With limited financial resources we rearrange the cost grid of traditional construction, and from rigorous analysis, we identified that where the least amount of energy is spent is in the support (the structure), it is then clad with finishes, expensive materials, but socially recognized as signs of status which is the result of a complete distortion between skeleton and filling.

This disarms the concept of integrity, impoverishes authenticity and space. Inverting concepts also means an infringement, to generate backflow. In this way ... the supports, the actual structure, releases and is space, this becomes a form and is recognized in difference, it thus generates a clear and frank picture, above all authentic.

A result charged with dignity, presents the materials on their specific process of application and work. Thus, the concept of Heidegger, one lives, recognizes and belongs to the space, one can access the improved result given by a contemporary project of reason based on the concept of the family home.

Then some journalistic comments ... on a plot of 10x30, 3 single-family houses each defined as follows, a semi level, a ground floor, a terrace, an intimate area and a terrace expansion at an urban scale. 190m2 built, exaggerated light, air, views, absolute relationship to the horizon and the city. Satisfied users, in typically Paraguayan spaces.