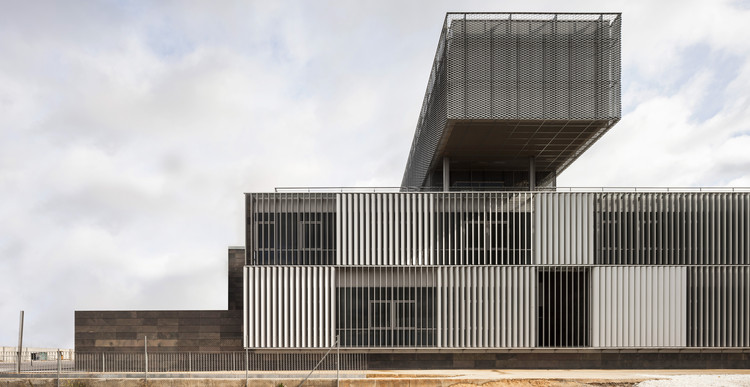 Text description provided by the architects. Redefining an important center of a city like Linares from a new university model that links companies to education is a unique challenge. The new university district has a unique opportunity to define an urban structure that reinforces the urban identity and simultaneously creates a relationship structure that integrates the university program with that of industrial research.

The new campus has a clear geometry that allows for the logical layout of buildings and infrastructures, but at the same time the layout is open and firmly involved with the territory, sensible to the landscape and its topography, as well as to the mining and industrial condition of the city of Linares. This idea of descent and discovery occurs throughout the intervention.

The project is on a plot on a hillside next to the southern city ring. The terrain is characterized by a trough running through the site diagonally, east-west. The project takes this direction as the main axis of development, proposing an increase from the diagonal space toward the perimeter.

For reasons of economic, constructive and program logic, the Linares Technological and Scientific Campus is divided into two areas. This division is made tangible in the layout and defines the first phase of the university buildings. The next phase comprises the research and technological development buildings related to business.

The entire area is pedestrianized. This is achieved by creating a perimeter trench that houses and hides the presence of the large parking area, with entrances well articulated with the streets and roads of the Campus.

Each building has a precise identity that specifically addresses its program, but also a strong conceptualization. Thus, the laboratories and the departmental building respond to a double idea, a highly articulated base as a cellular network that is articulated with courtyards at different scales and a number of small pieces that are arranged on the green roof, creating a hanging garden setting that establishes a relationship of the landscape with all of the surrounding geography.

Courtyards and green roofs have addressed well the climatic conditions and defined new relationship systems; we believe that their reformulation is especially timely in a university environment that is established as a true urban foundation. 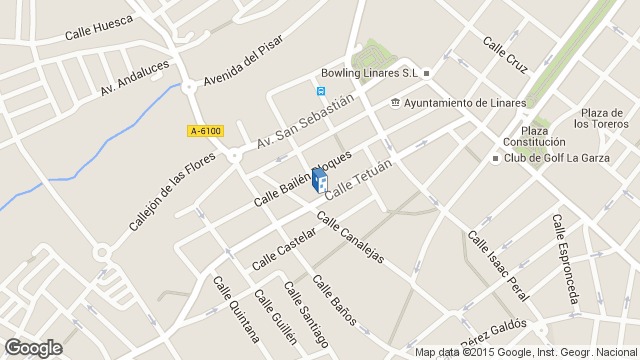