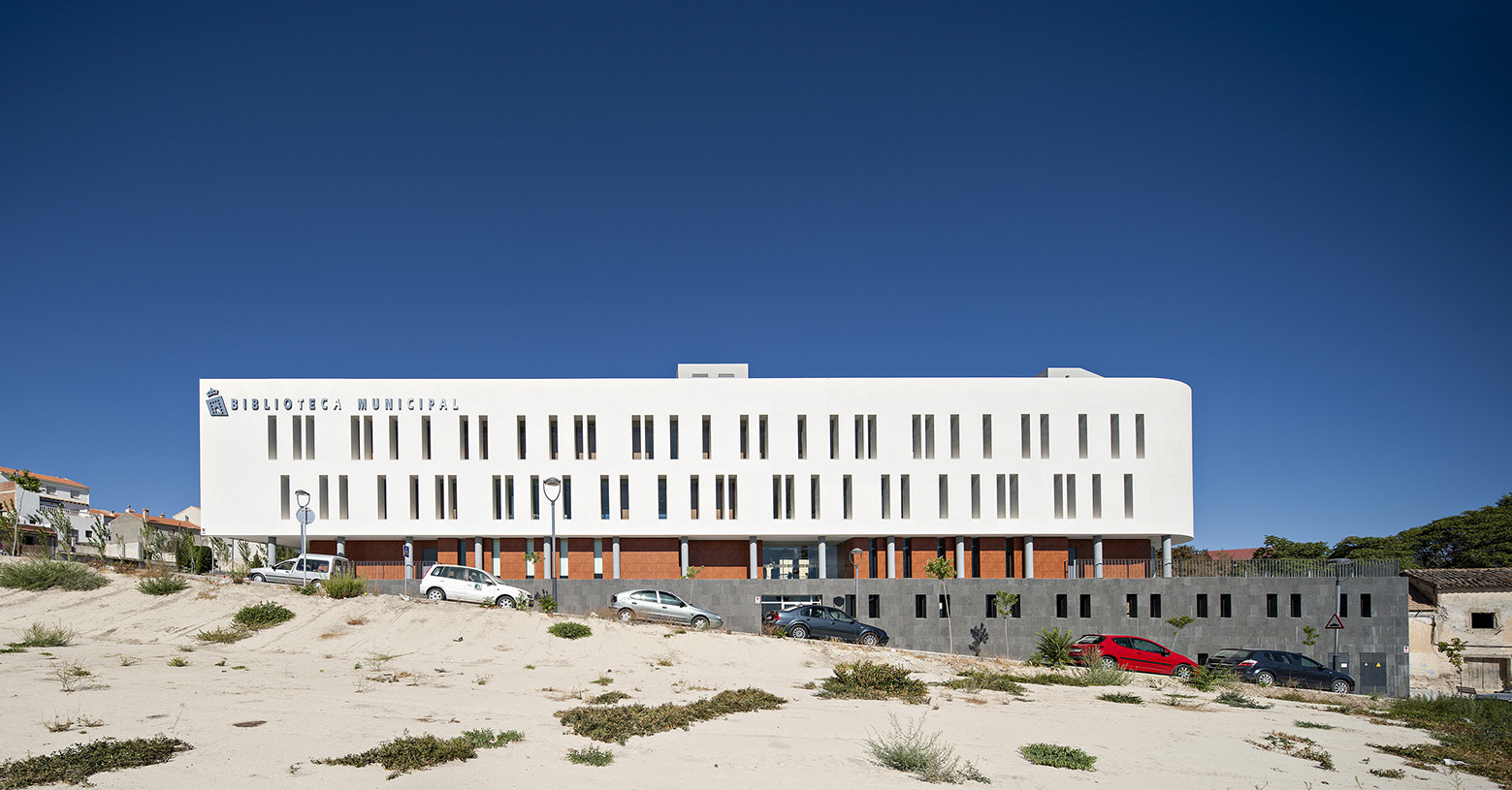 Text description provided by the architects. The building is located on the southern edge of the historic town of Baza (Granada), in an irregular plot within an undeveloped urban area which will house an expansion of the municipality. This quality of the site as a boundary between ancient and contemporary city, has greatly marked the form of the building as a modern bastion or wall that intentionally marks this condition. On the other hand, the need to introduce into the building two compatible but independent programs, that is, a library and UNED (headquarters of the National University of Distance Education), and a steep slope in the plot, largely condition the building.

In response to these two programs, we propose a great stone platform on two floors housing the UNED program, that solves the drop between the end points of the path of the new project. On this platform, the library stands as a volume conditioned by its orientation, which opens its views to the old city. Between this building and the historic city is an urban landscaped void that functions as a "cushion" of this transition, which generates an appropriate visual and acoustic environment for the reading rooms that open to it.

The ground floor of the library has a strong public character and is configured as an open space of localities laid out in a seemingly arbitrary manner, that house the public uses such as periodicals, children's room, or reading club. The upper floors, organized by the foyer with the central spiral staircase, have open spaces sorted according to the distribution of furniture, while the light generated by the constructive specificity of the facades clearly organizes the space into reading areas and storage rooms. In this sense the north facade is constructed with a glass skin that leads to reading spaces, while the southern facade, built like a thick perforated white wall that functions as a brise soleil to allow the entry of conditioned light, marks the consultation and storage spaces.

These facades, sensitive to orientation, views, and constructively opposing, generate a feeling of greatly uniform light in all areas of the library reading rooms. 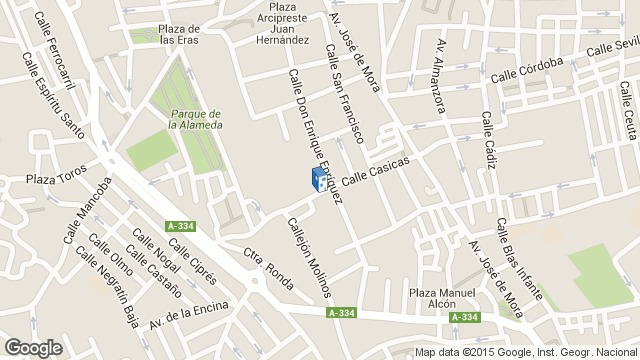 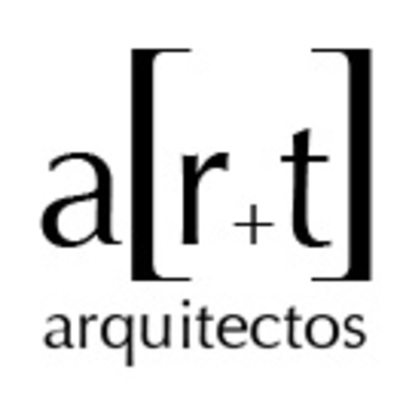