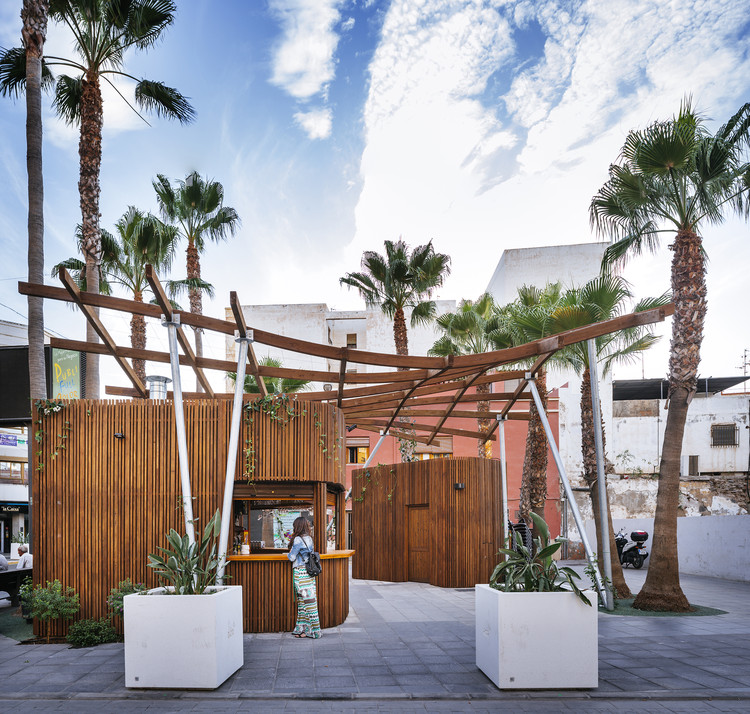 Text description provided by the architects. José Salinas from EXarchitects in collaboration with Antonio Garcia Perez Architects + Cruz y Pérez Arquitectos, in October 2012 won the first prize with the project of the construction of a coffee kiosk in the square next to "Puerta del Mar" in the heart of Adra (Almería).

Due to the usual flow of people across this square on its diagonals, and trying to don’t disturb this natural flow, the project was divided in two well differentiated volumes that allows those movements and maintaining the visual on the diagonal of the square that connects the  neuralgic heart of the town with the old town. Defined as terrace the interstitial space between the two modules, and given the location of this space, the terrace has been projected as a typical Andalusian courtyard, and open one in this case. As a connecting element between the two modules, the coverage of the terrace is raised by a pergola that fits with the square and the pre-existing vegetation. This pergola is parametrically defined from inputs such as sunlight, always bearing in mind the pérgola itself and the pre-existing vegetation.

Formally, its sinusoidal shape evokes the flow of pedestrian and vehicles in the busiest area of the town. This pergola, furthermore than a connection element between these two modules, is understood as an element that provides shade to the terrace, consequently its construction responds to a support for deciduous vines, that provide shade in summer periods, and allows sunlight come in in winter.

This design has been supported by parametrical tools, such in design phase as in the constructive phase. Throw a predefined perimetre based on the pre-existing elements, the pergola will be the product of an exhaustive research, keeping in shadow the kiosk during the summer period. For the construction of the double curvature surface, there is a variable dimensions grid. The pergola is constructed with glue lam beams interlaced with steel wires where the vines will grow throw. This design tries to join the traditional uses and flows of the area with a parametrical design. It combines such objetctive elements as subjective ones, in the wa of building an space connected by the vegetation and the flows of movement. 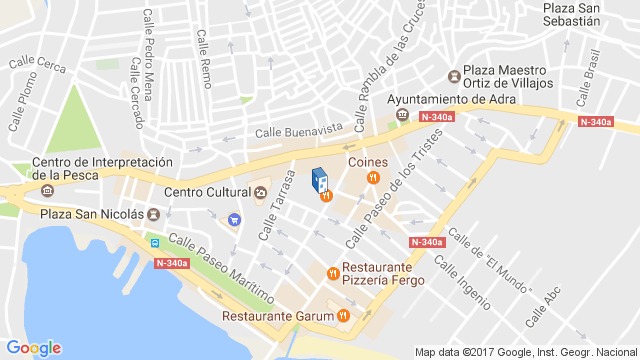