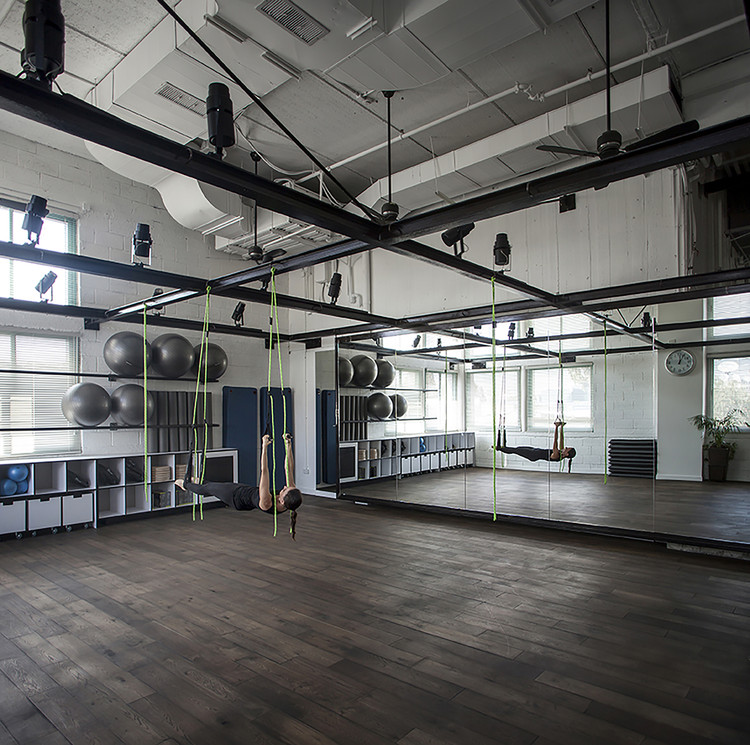 Text description provided by the architects. The basis of inspiration for the design was greatly influenced by the client, who is a very special figure with outstanding body and will powers.

The name of the studio is a term introduced by Mr. Josef Pilates in the 1920’s, addressing the centre of the body as the core of human body strength.

POWERHOUSE also reflects the essence of the studio as a ‘factory’ for movement and mental empowerment and self-motivation.

The architectural idea and the core of the design, is a steel structure which was planned in order to allow for people to hover in the space with TRX straps hanging for the frame, using tremendous body strength.

The structure divides the space in 3 – Entrance with reception and cloak and a large exercising space that can be subdivided in 2 for multiple activities; mattresses on one side and Pilates equipment on the other. The reception is separated with glass inserted into the steel frame, allowing people to experience the space as a whole, and the energy, from outside.

The choice of basic materials, which have hardly been ‘finished’ or aestheticized, reflects the pure intentions of core strength.

** Keren Leibovitz broke her back when she served in the IDF 20 years ago and has been bound to a wheel chair since. She turned to swimming as part of her battle with disability. Keren is a three-time world swimming champion, a five-time European champion, a holder of three world records and an eight-time Paralympic medal winner. She is also a mother of 4 young boys (2 sets of twins)! Keren started exercising Pilates a couple of years ago, not knowing what a life changer it would be. She learned to hold her body up from within and now uses crutches rather than a wheel chair. She has the most amazing will power and charisma. 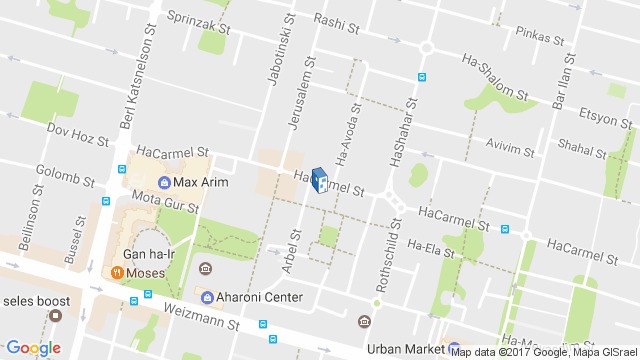