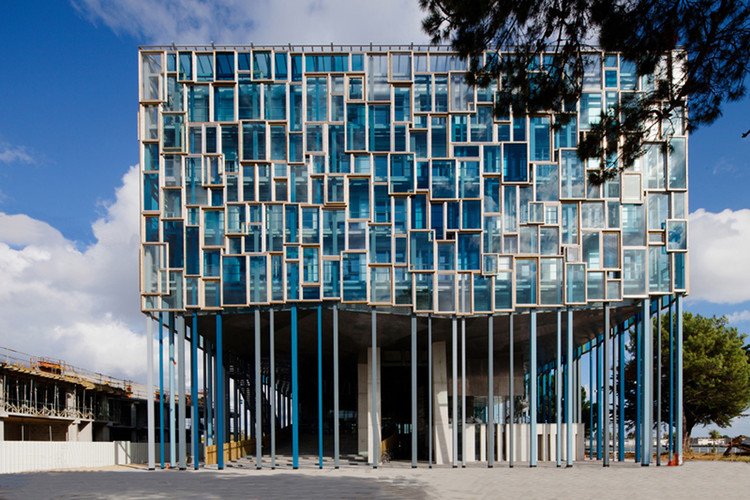 Text description provided by the architects. The Community House is located in the district of Peristyle, along the lakeside promenade, the prow of the new development. Facing the harbor, the building radiates and identifies the territory. Her bluish skin evokes the maritime environment and reflects the history and foundations of Lorient territory on the place of establishment of the East India Company.

The Community House is a building bow facing the harbor. This unique building is easily identifiable and wants radiant vocation. Reflection followed two movements, which, if they appear opposite and opposing, yet meet, mingle, to give birth to the architecture of our proposal, taking into account general urban data and those specific to the building.

- A movement from outside to inside, or the insertion site in the Peristyle of Lorient

- A movement from the inside to the outside or the usual questions, function.

These two coherent movements join in the same row, in a single architectural gesture, the spatial quality, openness, comfort, compliance officers, elected officials as well as citizens. The project is the result of wanting to keep all the parameters and constraints of the program space and environmental research.

The project is an allegory of nature, sky, sea and earth. A piece of sea stands opposite the harbor. The blue façade of the project is a raster surface of the water. Mineral soil rises creating large rock strata leading to the interior of the project. The wind rushes into the air volume of the court. Skylights pierce suspended as sunlight in a cloudy sky volume.

The architectural aspect of the project is complete the site by its strong relationship to soil, materials and the sky. Thus, a dialogue is created between the street level and the slab. A new type of spatiality is proposed in this area; they rely on four founders and structural elements of the project: the foundation, piling, massive, patios.

The base is the portion emerging from the ground. This is the element that expresses the strength and inking the local rock. It is seen as the root of the building from which the rest of the building is supported and rushes. It is treated as plain concrete, and finishing ARTEVIA dotted here and there inlaid natural stone pavers. Dedicated to citizens, this is a public space in its own right, both from a functional and visually.

The monumental staircase, which extends the court gives access to the reception. He plays the role of outdoor theater and forum. Various events and activities will be organized.

Piling up a ring at the periphery of the building. It consists of metal posts of square section, arranged every 3 meters, assisted by a random series of posts. These form the solid support but also structural elements of the base. They can release the public space at the court, thus favoring open spaces for the public. Pilings create an interface between the public and most private offices spaces between the base and the foundation. This reveals the great emptiness of the open court, from the rising of the base space.

Receives massive workspaces is that all offices. This is a cuboid four facades adorned with different specifications depending on their orientation but aesthetic uniformity. They split into two skins creating a buffer space to enable the management of the flow of air around the massif.

Patios symbolize plant clearings in the heart of the massif, recreating virtual hanging gardens. These areas are flooding the shelves of light but also the public areas of the base and stilts. Such trees which seek to better capture the light they grow downwards in both widening but also by moving the sun to optimize absorption. Patios also play the role of vertical axes bond and contribute to greatly reduce power consumption.

The covered terrace, 20 meters of headroom, offers a unique perspective on the Lorient harbor, adjacent to the VIP lounge. It is planned to equip it with a viewpoint that would allow visitors to identify the characteristic elements of the panorama of the harbor of Lorient. It will be open to citizens of all, the choke point of weekly visits to the enclosure port, guided by the heritage service of the city of Lorient. 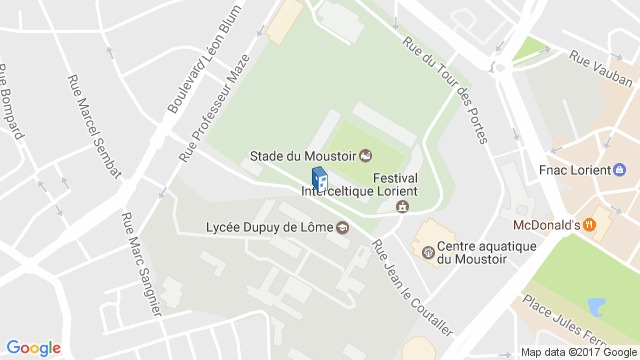