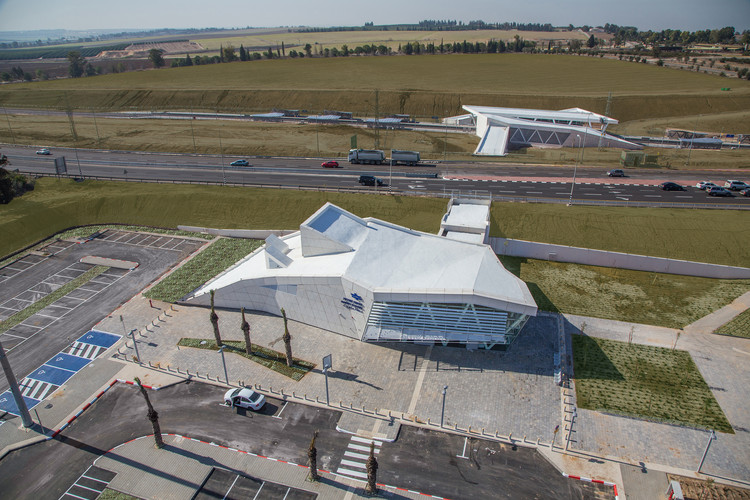 Text description provided by the architects. This station, recently built along a new train track connecting the cities of Ashkelon and Beer-Sheva, thus also links for the first time the small towns in between with the center of the country.

Among these towns Sderot (pop. 22,000), located 7 km east of Gaza, has become unwillingly known as it had been almost routinely bombed during the last decade. This unique situation led to a unique, almost impossible challenge: How to avoid a "bunker" look? How to design a bomb-proof facility yet a welcoming, attractive place for people?

The project's three elements (Entrance Hall, Corridor and the Track Hall), all built of heavy concrete envelope, were designed as if emerging from the ground, with irregular geometry and slanted walls. The only glazed wall is at the east-facing main entrance, while towards the west there are no openings at all.

The Track Hall, where the train stops under a sheltering roof is the first of its kind in the country. Here, the "v" shaped columns and the triangular shaped walls, exposed concrete ceiling all flooded with indirect light create a special atmosphere. 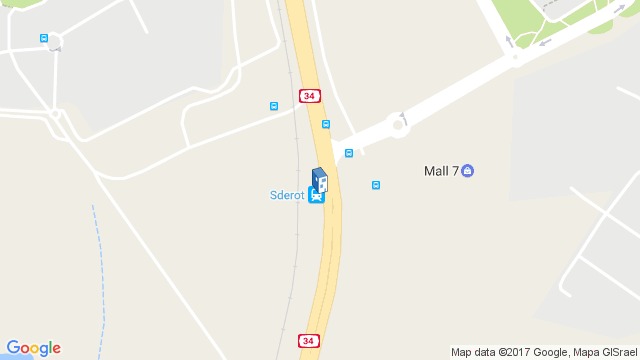 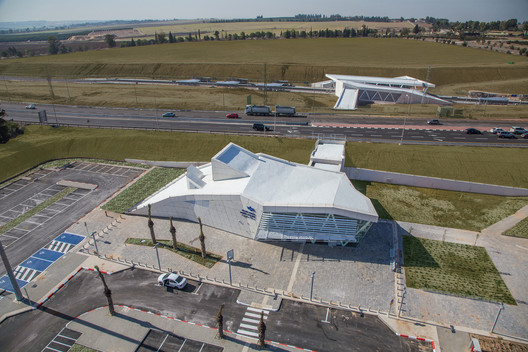