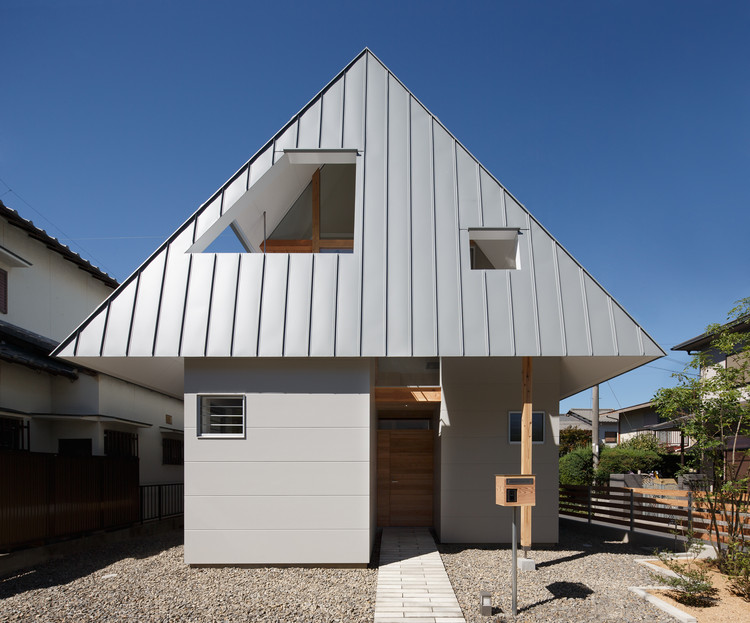 This house is built in a residential area of Nara. It is a small house for a family of three, with a total floor area of 63 square meters. It is a concept based on the limiting total floor area and the surrounding houses. A big roof, which rests on top of the three rooms, unites the entire configuration. Long eaves create space between the roof and the rooms, a key feature of this house. The outside is connected to the inside. You can see the garden obliquely from the living room through the space created by the eaves.

- Expansion of the internal domain The roof hangs over the top and forms a wall surrounding the circumference, making the house feel wider.