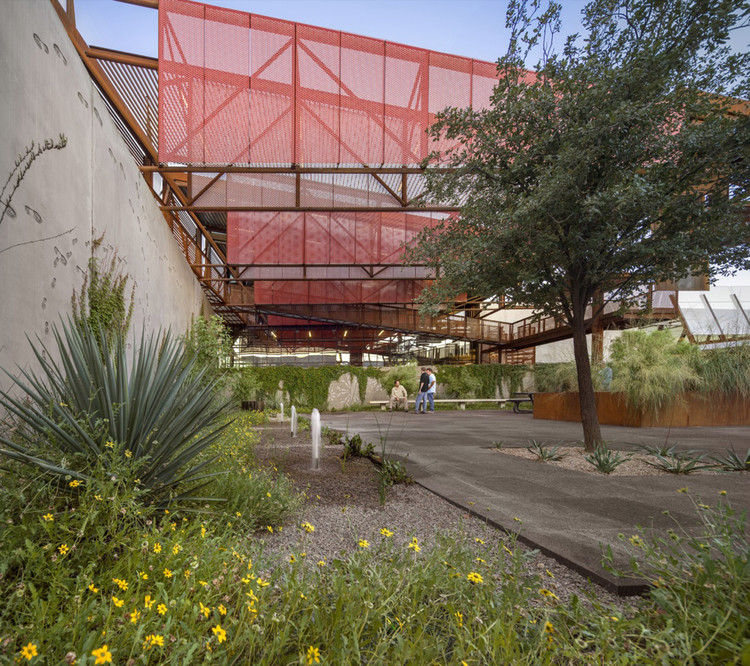 Text description provided by the architects. The Mariposa Land Port of Entry in Nogales, Arizona is one of the busiest land ports in the United States, processing over 2.8 million northbound vehicles each year. The port serves as the entry point to 37% of the produce imported to the USA from Mexico and was in need of modernization and expansion due to the growth in trade since it was built in the 1970s. Completed in August 2014, the 55-acre site contains 270,000 GSF of buildings, inspection facilities and kennels for both south and northbound traffic.

While land ports of entry are huge economic drivers for the economy, Mariposa was cobbled together over time, and extremely congested. The key challenge is allowing commercial trucking, cars, buses, RVs, pedestrians and bicyclists to pass in an efficient manner, reducing wait times and thus fueling the engine of the economy. Pushing the boundaries of this specific typology, the designers reinvented port design and circulation utilizing the linear diagram of a railroad yard/switching station.

This project successfully accomplished the key challenges of the client brief of improving operational efficiency, security and safety for both the officers and the travelling public, whilst providing a place which welcomes people and trade to the United States. The port went from processing $20-$25 billion in commerce in 2011 to a projected $30-$35 billion in 2014, and Commercial truck volume has grown 13% over the past five years. Through phased construction the port remained operational over the course of the expansion. Mariposa is now regarded by both the General Services Administration and the Customs and Border Protection as the model for future port design along the southern border of the United States.

The circulation design consists of four horizontal linear zones: a southbound traffic zone; a northbound privately owned vehicles (POV) zone; the oasis; and a northbound commercial traffic zone. The central spine of the Port is the oasis, a desert garden which runs the length of the project between the POV and commercial buildings, and uses landscape to provide respite from the harsh Sonoran climate and from the day-to-day stress of security and border protection. The Sonoran Desert is characterized by huge amounts of rainfall during the monsoon season set against many months devoid of precipitation. The pavement and roofs throughout the Mariposa campus are designed to collect the rainfall when it is available and stored in a one million gallon underground storage tank(s) until it is needed to support the low water usage landscape throughout the year. A 1 megawatt photovoltaic system will be installed in 2015.

The material palate of concrete, steel and glass at the Mariposa Port was selected to minimize long-term maintenance. The natural faced, insulated concrete is designed to be rugged and thermally efficient. A pattern of footprints are cast into the exposed material alluding to the journey and experience of migration responding to differing program elements throughout the port. The inspection canopies, trellises, and roof structures are constructed of raw, mill-finish steel, protected by a layer of natural rust which adds to the richness of the port as it weathers over time. The ample glazing around the port is carefully placed to take advantage of garden zones while connecting workers to their adjacent natural environment. 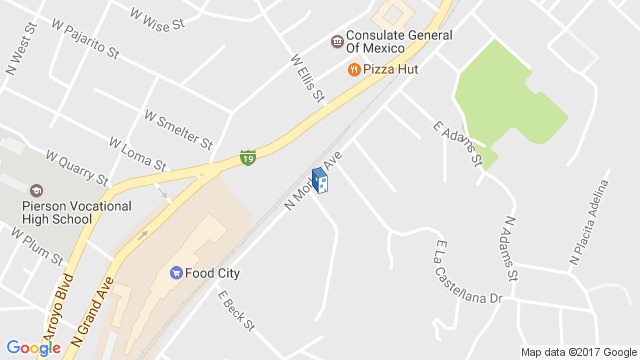 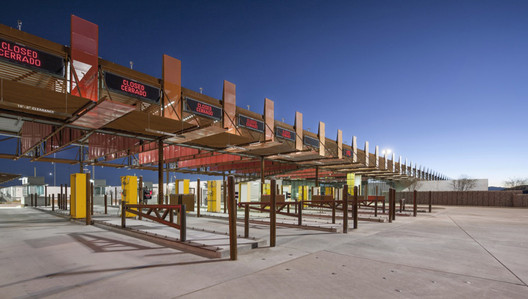