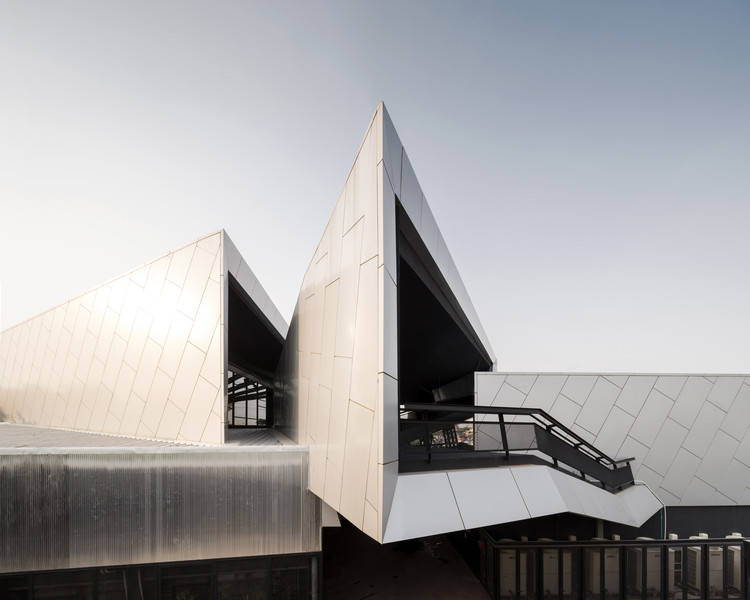 Text description provided by the architects. Located in Udonthani province, Thailand’s major northeastern economic hub in the Mekong River Basin conjoining China, Thailand, Laos, Vietnam and Cambodia, the 4,000 sq.m.Thesite is situated at an intersection on Udonthani’s ring road close to an international airport, downtown and fast-growing suburban residential communities in response to AEC. It is surrounded by main roads on two sides, commercial buildings and Udonthani Provincial Sports Stadium.

The folded and twisted planes projecting from the driveway generate a building form that conveys dynamicity and linkage to the city’s transportation network. Each fold creates not only overlapped functional spaces but also an open spatial layer that unfolds itself as semi-outdoor multi-purpose area partly covered by an extended roof. The symbolic roof protects the building from strong sun and rain, and provides shading for the activity space underneath. Such manner is responsive to the local tropical lifestyles similar to what a traditional Thai house offers. The middle wing is twisted back to the intersection like a motorcycle entering a curve at the highest speed with an axis pointing out to Nong Prajak Park, Udonthani’s important public park.

Building characteristics are defined through two main materials. The outer shells are made of aluminum composite similar to aircraft wings that reflect changing surroundings according to time of the day. Its morning vibe comes from the indigo blue color of the sky. The building’s orange-red color in the afternoon is reflected from stained concrete plank surface of the activity plaza, the exact color and texture similar to clay on the existing site ground in which material was used in the ancient production of Ban Chiang ceramics over 1,000 years ago. The dancing light and color in the evening come from passing-by automobiles, while at night the building becomes bluish by artificial light. The inner side of the folded planes continues provides a continuous surface from floor to wall and ceiling.

The black color flake finish has matte and rough texture that aims to remind us of the asphalt concrete streets. The material entirely absorbs light and shadow, while creating strong contrast with the bright, reflective exterior. The long stripe of the shell looks like a road that runs straight and cantilevers to the air and then folds itself back to the building body like an aircraft wing of the US airforce in Udonthani 1961. The space plays an important role as recreation area and learning center for youth to make use of it for self expression. It also supports public activities related to art and culture of northern Isan and other countries around the Mekong River Basin. Such roles ultimately underline Nat Motors’ image and social policy through spaces that connect local, multi-national and multi-language communities together. 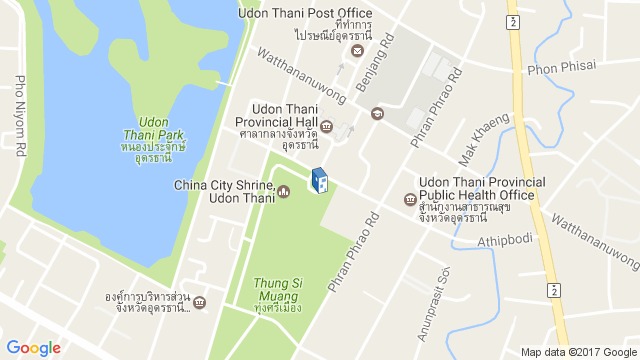 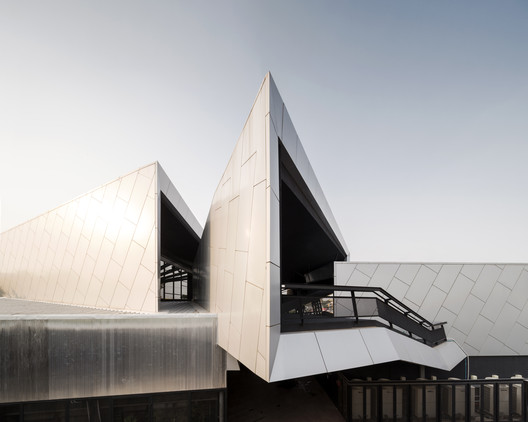