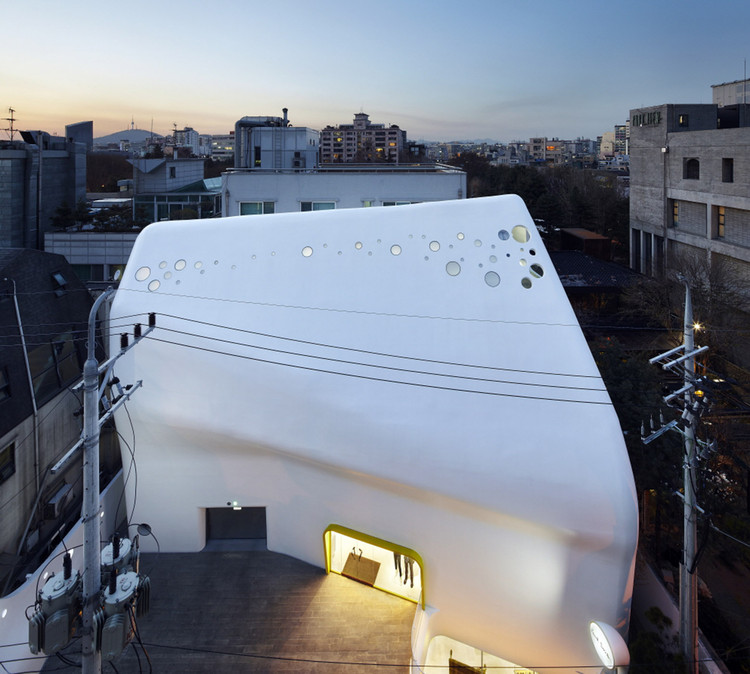 Text description provided by the architects. Britain`s famous fashion brand Paul Smith is opening its first Asian flagship store in Korea, in Gangnam-a trading center for luxury brands. Considering the fact that the streets here are lined with exclusive stores for premium brands, not to mention that many high-end name-brand designers fiercely compete to open stores in this area, it was quite interesting to see how Paul Smith would make a lasting imprint with its brand of architecture on the local urban environment. We define the main characteristic of Paul Smith`s fashion brand as its ability to draw different responses, depending on the customer`s situation and interpretations.

The Paul Smith Flagship store was created as a vehicle to infuse the above mentioned phenomenon into the urban environment. The specific shape of the building was predetermined, but its interpretation is open to all, depending on the unique perspective of each customer. The suggested figure, intended to create different stories depending on people`s perspectives and interpretations, was actually the result of a design that was constrained by legal regulations.

In fact, it was very challenging meeting all the requests of Paul Smith when we considered the restricted area of about 330 sqm, as well as the high-density commercial district surrounding the area. Some architecture needs to achieve name recognition as a premium brand; the physical beauty of architecture, however, can be achieved by generally reducing the floor area ratio. However, it seemed difficult to solve the problem by simply reducing the floor area ratio; much of this was due to the quantitative weight of the project.

Due to the volume that exceeded the initial floor area ratio, the oblique 30-meter line limitation imposed by the road and the constrictions created by sunlight rights, we had to create a concrete shell with maximised floor area ratio within the legal regulations by rounding, cutting or connecting all the edges. Eventually, we were able to add one more layer. Through this method, emphasising succession rather than completion, we were able to create a relatively spacious building compared to other buildings in the neighbourhood, even after we maxed out the floor area ratio and building coverage.

In order to establish a concrete shell reflecting succession, we held various and intense discussions with a construction company (Geo Hyun Construction) and decided to employ, for the first time, curved Styrofoam blocks using an NV cutter as concrete moulds, Compared to manipulating plywood moulds by correction, this method was significantly more cost-efficient. The semi-gloss industrial paint finishes are expected to conceal commercial and structural devices and imbue freer and pleasant feelings to viewers-much like a typical design from Paul Smith. 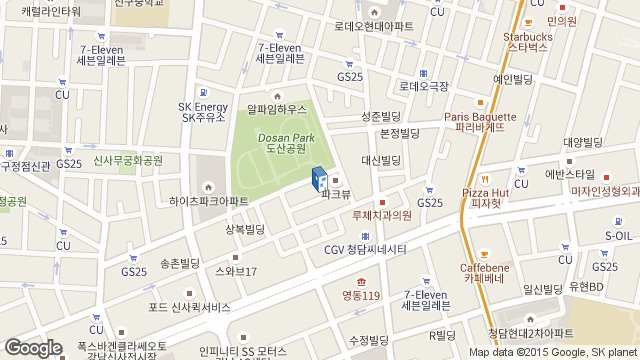 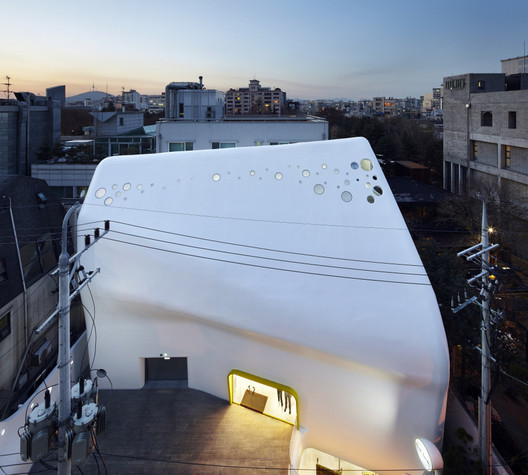