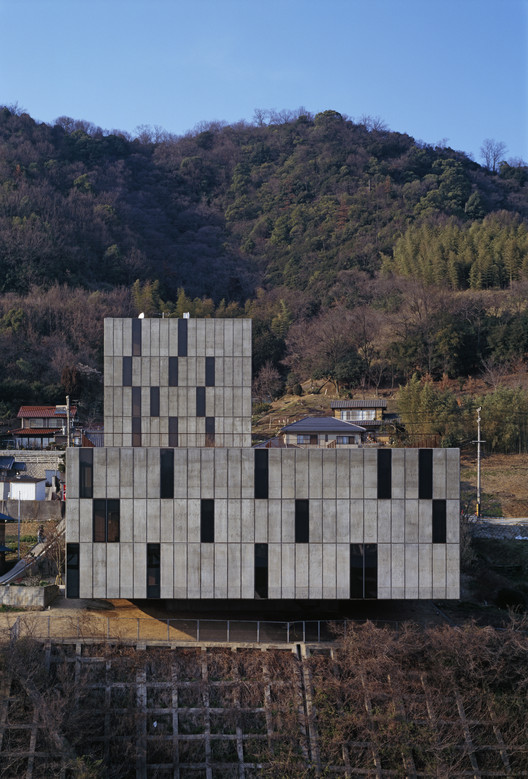 Text description provided by the architects. This area faces the Seto Inland Sea and has a configuration of vicinal hills plunging directly into the sea, on the slope of a village which clings to it. The flat lands are naturally limited and a public space for parties and gatherings of people was lacking. A function of corporate housing for shipyard workers was sought. So, we tried to create a public space with construction that takes advantage of site conditions on the sloping top of the cliff and would be open to the community. Specifically, we prepared a cantilever escarpment , a volume of accommodation in 3 levels and opened to the local community its rooftop. This opened onto the beautiful scenery of the Seto Inland Sea, which served as a public place with a sufficient space to allow a direct approach through a large staircase from the road on the back side to the north that has a higher situation.

The overhang which has a widely slender top of this particular scarp formed by a guide is intended to create a public space on the terrace and the widest possible area by setting a jump as necessary piles at the end of the escarpment so that no constraints is transmitted to the weakened ground . Nevertheless , what has made this possible is the presence of a continuous wall surface structure extending on three levels and that of a counterweight acting around the opposite side . 3 main structural wall surfaces can be considered as a beam height of level 3 ( about 10m ) and structural walls in the short direction taken every 6000 mm at a right angle, combined with 4 slabs into a forms of tiles. Thanks to these, the building in its entirety, consists of a rational structure of ship hull with the constituent assembly appearance of a huge ship and constituting an embodiment of a reasonable financial cost.

The circulation (large stairs, iron stairs in two light courts and corridors) grow sequentially while wrapping this construction like concrete block in different ways. The fittings are steel treated with nickel to protect from salt damage. The circulation of the apartments manages to fit perfectly into the continuity of the neighborhood. The project became a part of the city itself.

-A landscape of the future

While satisfying the various demands of nature and society , this building has been defined as a "harmonious form" and its realization did arise as an "autonomous figure " extremely clear and simple, that does not feel like the complex conditions in the background of its construction. The L-­‐ shaped volume of concrete is like a huge ship awaiting the baptism of the sea, and defines the contours of the "vast space that is the Seto Inland Sea ." The intention of the architect disappear one day and the building will be taken over by the district as a new sea landscape Seto assimilated and told in different ways.
This is also our intention and desire . 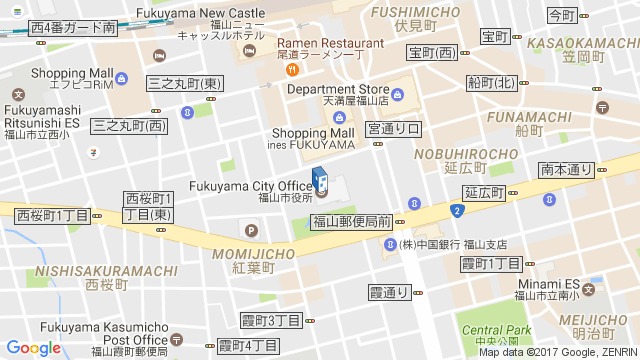