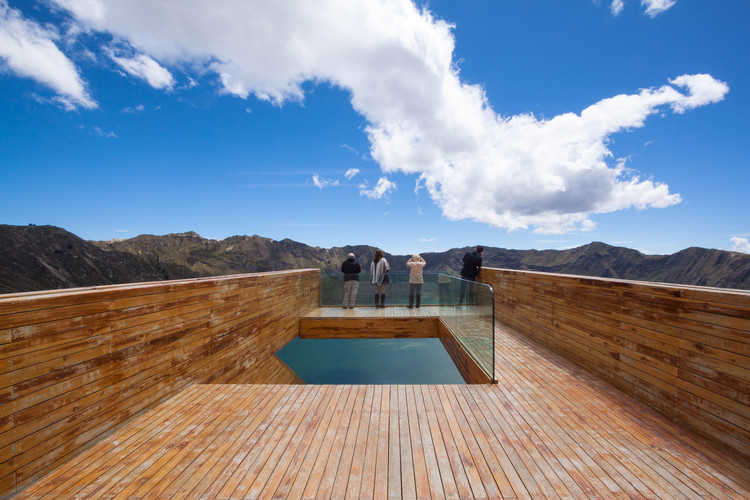 Text description provided by the architects. This Project starts with the acknowledgment of a conceptual challenge which structures the idea that generates the proposal: Which characteristics could an overlook have to be attractive even when all its natural surroundings offer interesting (and similar) views? This is due to the fact that the project is located in the top edge of the crater of an active volcano that has a lake inside of it, which creates multiple viewing opportunities along its surroundings.

Because of its geographical peculiarities, the Quilotoa Crater and its Lake have become a touristic site of growing popularity in Ecuador. Located in the Andes, this elevation is 170 km south of Quito. Its altitude is 3974 meters above sea level, and the diameter of the crater is approximately 3 km. Due to the minerals present in its water, the lake in the crater has a distinctive turquoise colour that is the main characteristic of this site. The ecosystem of this area is an Andean páramo, therefore its surrounding vegetation includes low grasses, endemic shrubs and small trees. All these elements add to create a landscape of restrained beauty.

The area has been traditionally inhabited by indigenous populations of the Ecuadorian highlands, who have a mainly agricultural way of subsistence. The closest settlement is Zumbahua; however, some small scattered communities live closer to the lake. Shalalá is one of the communities that have ancient ties to the Volcano, and their inhabitants have started a touristic venture to offer accommodation, restaurant service and guided visits to the attractions of the area.

The Ecuadorian Tourism Ministry responded to the initiative of the community by providing them with complementary infrastructure to their touristic facilities: an overlook in the top edge of the crater and the footpath to connect it with the main area of the touristic complex. The Ministry aimed to support the venture of the community helping its members to increase their income through their involvement in the provision of touristic services.

The overlook is planned to settle in the superior edge of the crater, its main objective is to create a structure that allows the uninterrupted observation of the surroundings where the users can safely reach border of the cliff. However, the conceptual challenge explained above remains, where the site chosen for the overlook has a very similar view to the rest of the border of the crater. Therefore, the analysis is focused on what other experiences could the overlook offer to become an interest point in the area.

The response that this project delivers is based on creating opportunities for the visitor to see the landscape in different ways than from any other point in the crater. The experience of the user is enriched through the creation of a platform extending from the edge of the crater over the cliff looking to give the visitor the opportunity to “fly” over the landscape producing an almost vertigo like sensation. At the same time, a space for passive viewing is created, where the user is protected from the elements and is able to have a moment of contemplation and introspection.

The attempt to provide these opposite, but complementary experiences for the user results in the creation of a structure which comprises of an upper platform that extents further beyond the border of the crater, and, directly underneath, bleachers that follow the natural slope where users have the opportunity to rest and enjoy the natural landscape. These simple, but clear, architectonic gestures give the visitor the opportunity to have a different experience than what could be found in the rest of the crater.

The discrete but magnificent beauty of the landscape, demand the architectonic response to be austere, in an attempt to merge itself with the surrounding landscape. A simple form and the uniform use of materials give the intervention the same aesthetic qualities than of the site. The element is composed of an internal steel truss system and the skin of the element is built with wood which locates the intervention within the chromatic palette and texture of the landscape. The border features are to be elements of safety, while allowing a clear view of the surroundings. Therefore, glass is the only material used in the open ends of the overlook. The footpath that connects to the overlook is built with stone edges and filled with gravel, looking to mark a defined route and to create a walkable surface without altering the natural qualities of the landscape. Every gesture in the intervention attempts not to modify the current harmony present in the site, for this reason, the entire structure is designed to be easily dismantled and removed if in the future is no longer needed.

Since the creation of this overlook, there has been a noticeable increase in the touristic activity in the community. Additionally, its members have engaged in the upkeep of the intervention and are committed to keep it in good conditions. This could be qualified as a successful case where the interventions of the State, the community and the designers have reached the expected outcome. 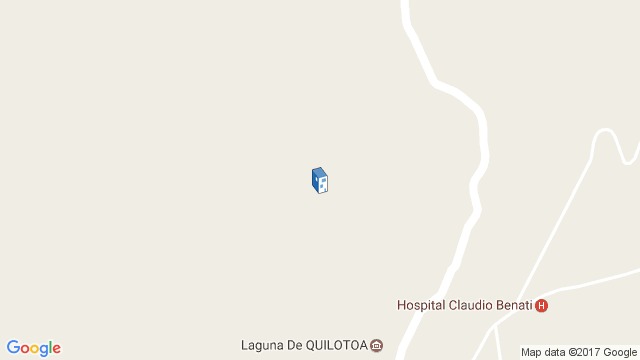 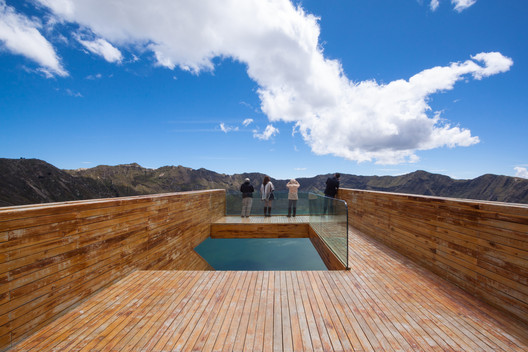