Citizens of central Europe, perhaps uniquely in the world, are used to a life of no borders and free movement between nations. Following two devastating wars fought primarily on European soil, the formation of the early European Union in the 1950s paved the way for a more liberal, less isolated continent. It was not until the signing of the Schengen Treaty in 1985 (which came into effect in 1995) that the majority of borders were truly dissolved and travelling between nations, cultures, and communities became as simple as walking down the road.

Ignacio Evangelista's series of photographs entitled After Schengen examine the remnants of the old, abandoned crossing points that still exist across the Union. No longer necessary to maintain a country's independent sovereignty, and almost twenty years since the revolutionary pact was ratified, these palimpsests of border control remain as striking today as when they when delineated the closed boundaries between nations.

See a selection of the collection after the break... 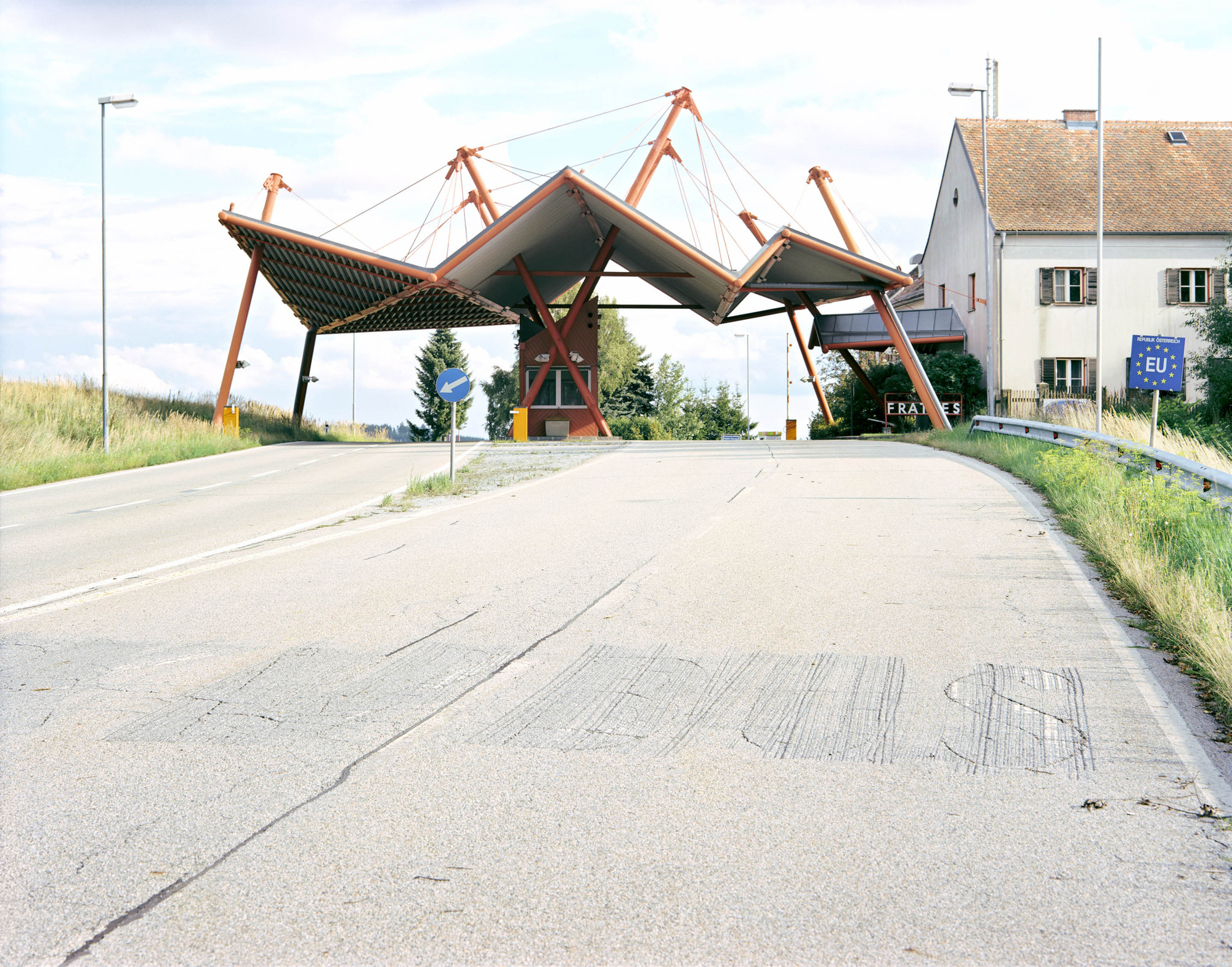 Although some have found new uses as restaurants and retail centres, "these old border crossing points are slowly disappearing." In response, Ignacio Evangelista is seeking to meticulously photograph these "quasi-archaeological ruins [which] have become part of the current landscape, forming a presence of the past that lies dormant in the present." Together they form of a network of empty spaces which act as a latent narrative across the entire continent.

The paradox of these uninhabited spaces, which have no function or meaning and are often devoid of human occupation, "emphasises the humanity of the countryside". Often designed in a local vernacular and, in many cases, originally constructed in shifting political atmospheres, they sit in a perpetual "space-time limbo." For Evangelista, they are places that provide historical, economic and political memories which are absolutely related to the landscape they inhabit. Moreover, they are simple reminders of a treaty which has revolutionised and facilitated the free movement of people.