Save
Get Playful on the Streets of Seattle with "Pop-Up! Street Furniture" from LMN Architects
Share
Or
Copy

Downtown Seattle was transformed into a playground for people of all ages in September with Pop-Up! Street Furniture, an creative take on interactivity in the built environment. Eight movable modules combine to create endless configurations capable of forming either seating or play space for a dozen people. The project was realized by Seattle-based LMN Architects, leading an inter-disciplinary team of students, professionals, designers, manufacturers, and contractors, intent on stimulating ordinary streets in the city's downtown core. Created for the Seattle Design Festival, the project created a temporary hub for conversation, play, and engagement.

Read more after the break on the many uses of Pop-Up! Street Furniture in Seattle 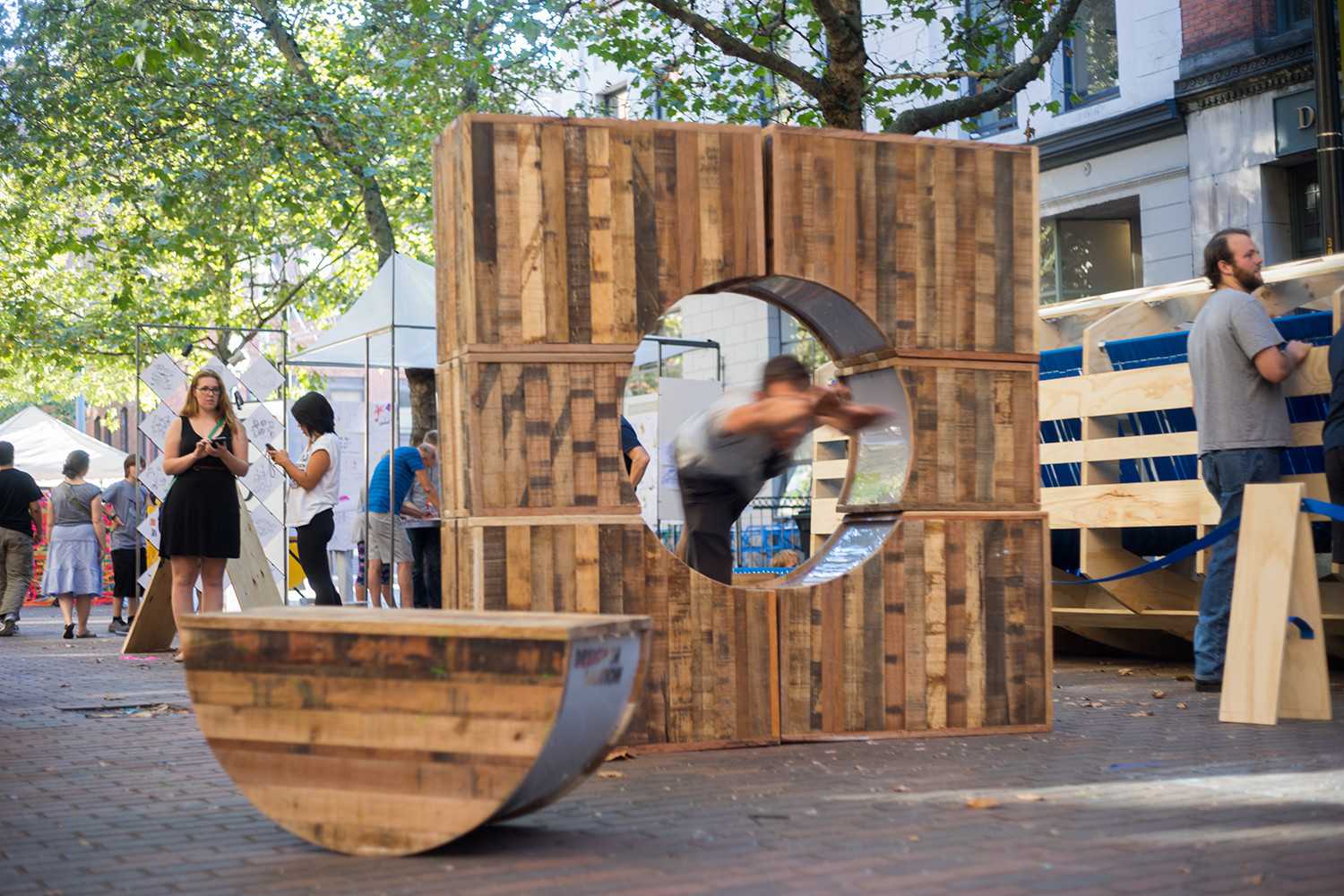 Inspiration for the project stemmed from a desire to create opportunities for users to configure their own space within a public context. Simple, rudimentary blocks offer endless configurations to be determined by the user, providing an interactive experience on an elemental level. Pop-Up! Street Furniture capitalizes on the Seattle Design Festival's 2014 theme of "Design in Motion," offering public sculpture responsive to the needs of its users. According to the creators, the project "explores the transient aspects of street life and temporal nature of festivals through the creation of movable, interchangeable, multipurpose objects."

Each of the eight blocks is built of reclaimed wood and 3Form plastic. Lightweight, compact and dynamic, the blocks are designed to be accessible and easy to use for all types of people. Throughout the two week duration of the festival, the blocks were tested to their limits and succeeded in creating new spaces for public interactivity while activating the streets of Seattle. Pop-Up! Street Furniture will continue to be installed throughout the city after the festival, in keeping with its mission of eliminating barriers through the creation of interactive spaces.

Find out more about the Seattle Design Festival on their website. 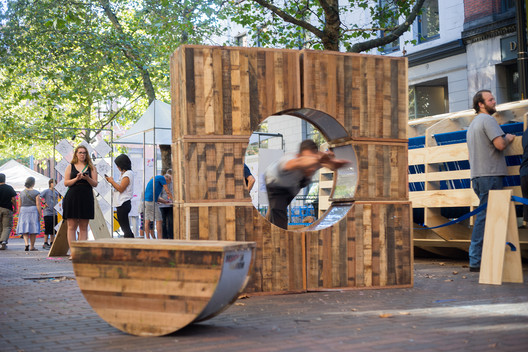