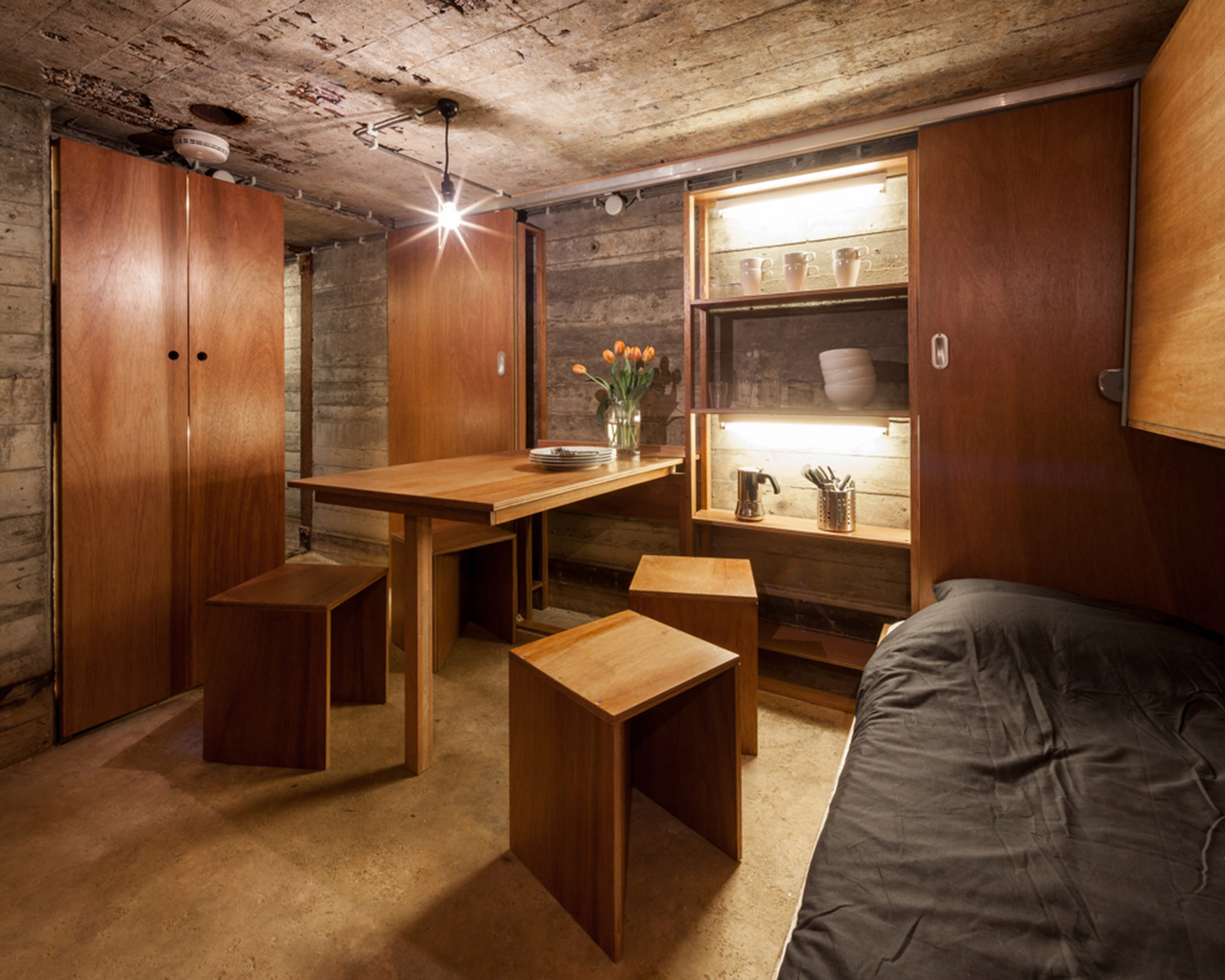 The project was part of an advertising campaign for the office Famous. A dilapidated bunker was transformed into a holiday home allowing two families to win this bunker as a temporary holiday retreat. Due to the success of the refurbishment, it was decided to keep the bunker permanently open for accommodation. The half-buried bunker lies on the site of the Fort Vuren in the Netherlands in a green surrounding. This site was part of the ‘Nieuwe Hollandse Waterlinie’. The building was protected and had to be approached with due respect. The Dutch Commission for Monuments has taken the project to heart and supported it.

The conversion of a derelict bunker with a very restricted surface demands an original approach. Since the usable surface of the main room measures 3 by 3m with a height of just 1.8m, only the bare essentials for a family holiday could be added. Taking inspiration from ‘Le Cabanon’ by Le Corbusier, flexible wooden furnishing was conceived to maximize the potential of the interior space.

The main room functions as a living room as well as a bedroom. None of the carpentry is standard - everything is custom-made allowing us to optimally use the space. All furniture can fold or slide away or be pushed up and down. Therefore all objects have a double function. Stools are used as a bedside table, a coffee table or a step. To contrast with the hard and monolithic character we chose to work with materials such as meranti plywood. Recesses in the concrete were used to their full potential to accommodate a kitchen of storage space.

The limited surface of the bunker was extended with an outdoor deck. The deck can accommodate activities such as cooking, sitting, sunbathing and storage. The perimeter of the deck is an exact copy of the outer circumference of the bunker making all the more obvious how much area is lost in the thickness of the monolithic concrete walls. From the deck you get a panoramic view of the surroundings. The contrasts between the two areas are mutually reinforcing. The platform is made up of wooden boards, which are identical in type and size as the formwork that was originally used to construct the concrete walls of the bunker. This print can still clearly be seen on the walls. 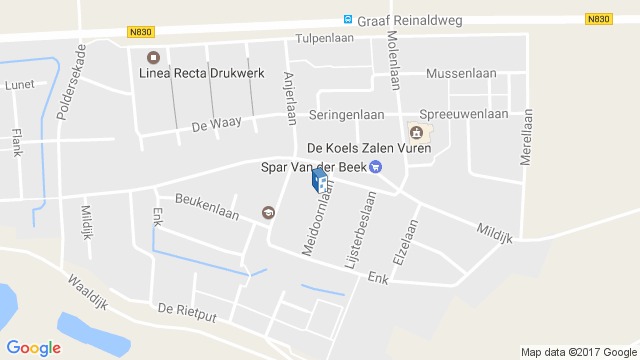