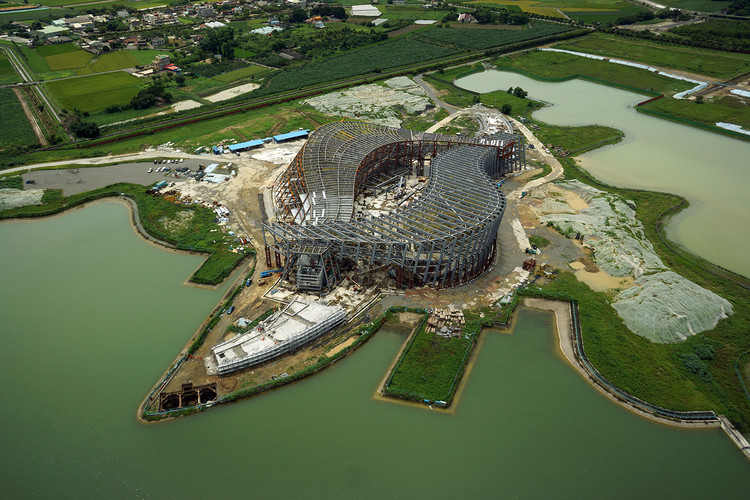 An “international museum that exhibits arts and cultures of Asia”, the southern branch of the Palace Museum showcases classic national heirlooms along with the time, space and culture that they represent. The immense continent of Asia is home to three prominent civilizations, namely Chinese, Indian and Persian, represented allegorically by the dragon, the elephant and the horse respectively. The three distinctive images, each having its unique vitality and longevity, are transformed into streamline entities and integrated into the architecture, in which one sees the ongoing communication and interaction of the three invaluable heritages.

Also incarnated in the entities are three techniques in Chinese calligraphy: thick ink, half-dry strokes and smearing, all of which create smooth, wavy shapes of architecture.

Design of the area surrounding the branch exposes the theme of the Chianan Plain in ridges of green, alluvial fields that accommodate a number of resident species. Looking from a distance away, the branch rises amidst a billowing mass of highly diversified vegetation. The overall view expresses the designer’s respect and admiration for the mother earth in a miniature landscape reproducing the tenderness, featuring abundant rainfall and sophisticated irrigation channels, of this plain of abundance.

In addition, totems representing prehistoric, Pingpu and Tsou cultures on the Chianan Plain are scattered in landscape design and indicating signs to reflect the rich civilization, flora and fauna along the Tropic of Cancer, which spans from the Taiwan Straits through Chiayi County to the Central Mountain Range.

“Green technology” is embodied in the use of techniques, materials, design and resources in the overall planning of the architecture. Considering the strong sunshine in southern Taiwan, the west wing of the architecture involves the use of solid panel whereas the east wing features outreaching eaves, both serving to shield sunlight. Openings are installed on the south and north sides to facilitate ventilation of the interior. 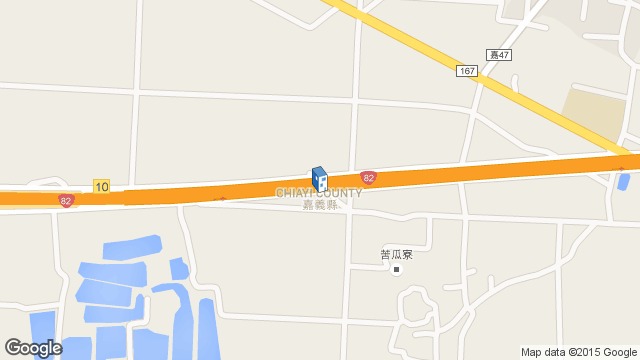