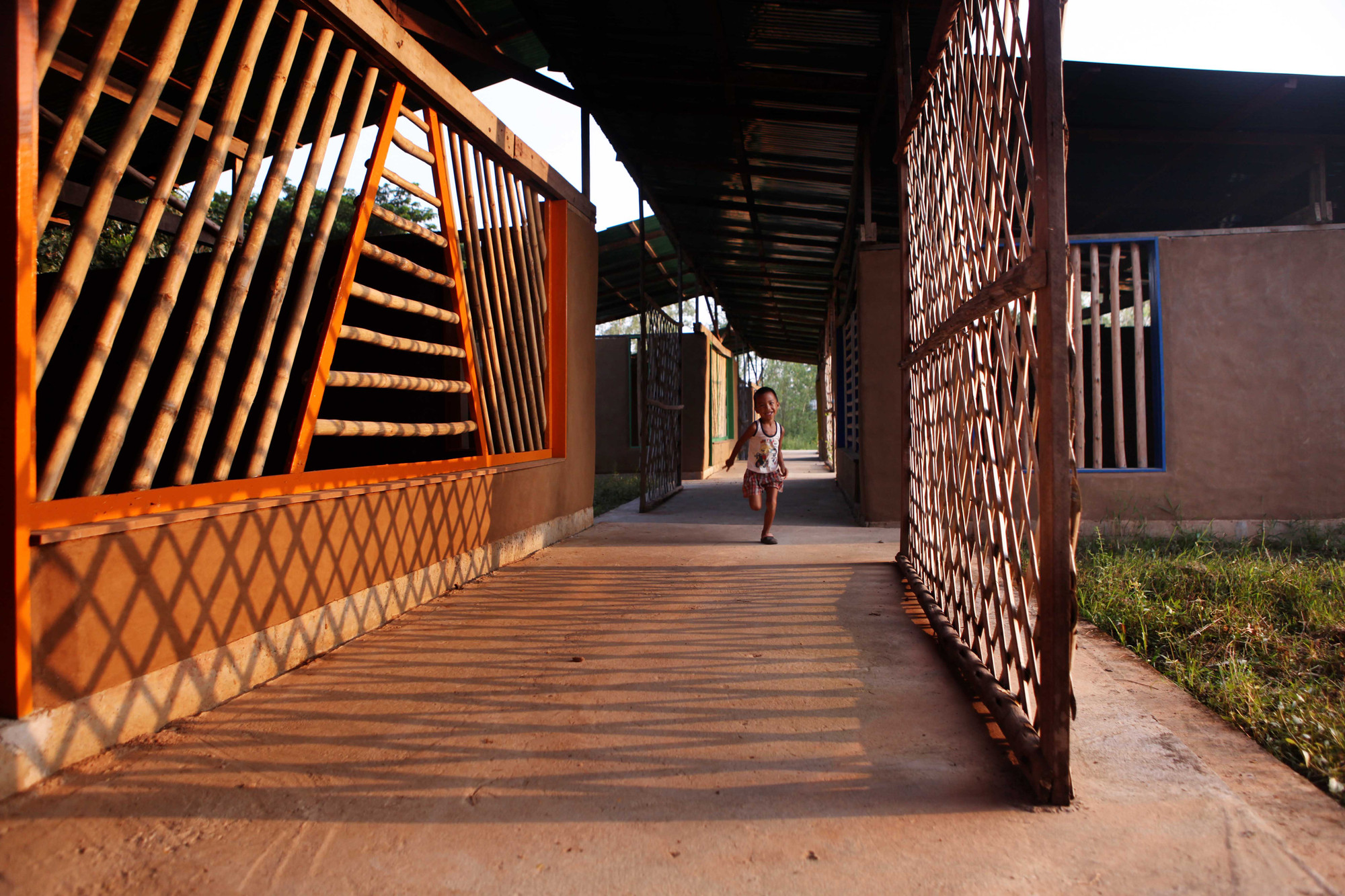 Text description provided by the architects. In the lime-green landscape of Mae Pa (Mae Sot, Northern Thailand), right by a round pond and its lotus flowers, the second construction phase of Kwel Ka Baung school is taking place during October 2013 till March 2014. The project aims to provide education to displaced children who arrived with their families from the neighbouring Karen state, recent scenario of a civil conflict, across the Thai-Burma border.

However not only students will learn at Kwel Ka Baung, but also all people involved in the two phases construction process. Several Karen workers are refining their skills in adobe making while contributing to the design carried through by agora architects. The program aims to show the community a feasible way to pursue affordable architecture without compromising spatial quality and still mantaining a strong connection to the landscape.

The previous phase-I started when the Canadian organisation CASIRA contacted us in March 2012 with the request to find a project in which they could get involved and for which they were able to fundraise money. After collecting an amount of 25000$, ten members of Casira travelled to Thailand to participate to a four weeks workshop. During November 2013 more or less the same CASIRA group -El Groupo- will be back in Mae Sot, to help with the completion of the school complex.

Due to its location on the Thai Burma border, Mae Sot has a noticeable community of burmese immigrants, who came mostly from the nearby Karen state during the civil conflict and who still cross daily the Thai checkpoints. Burmese refugees are often victims of human traffic and labour exploitation, since their illegal condition doesn't ensure them any right.

The affordability of materials and human labour, as well as the huge lack of urban regulations, allowed the building sector to grow significantly during the recent years. As a result, the wild use of concrete strongly affect the fertile landscape of Mae Sot and its surroundings. Kwel Ka Baung schooling project will try to keep a continuity in the educational path of the migrant children, starting from the next spring with the teaching activities.

Kwel Ka Baung is the only purely Karen Migrant learning Center in Mae Sot. Currently the school is located on a land whose lease is bound to expire in May 2014. Momentarily the school teaches grades 1 to 13 as well as Kindergarten and Nursery, while 200 kids stay permanently in boarding houses on the school premises. The food is provided by local organisations.

Both classrooms and dining facilities are made of earth, in the form of adobe bricks. Beyond the cost-effectiveness, adobe has the advantage of being already on site, as a part of ural landscape of Mae Sot. Although it's not a traditional building material for Thailand, adobe perfectly meets the challenges of a tropical climate: indoors are kept cool through the day and just little mantainance is required after the rainy season. The adobe bricks are formed on site by the karen team, helped by the local community and by the canadian volunteering group Casira. The tin roof is supported by second hand timber trusses, cantilevering on to a sinous path. Enclosures are made of bamboo sticks and eucaliptus branches, combined in different patterns and painted in bright sharp colours.

Mae Sot has a tropical savanna climate. Winters are dry and very warm. Temperatures rise until April, which is extremely hot and reaches the average daily maximum of 36.6 °C (97.9 °F). The monsoon season runs from May up to October, with heavy rains and somewhat cooler temperatures during the day. During the rainy season temperatures don't drop down in the night but are rather stable. The new building open up northward, towards a wide courtyard and the southern side will be sheltered by tall trees and thick bushes.

The air circulation is fostered by long and narrow windows pacing the adobe walls and broad apertures along the path. The wall thickness and its composition implies a great thermal inertia, therefore we expect the whole complex to stand the temperature climax through the day and to slowly release the accumulated heath during the night. The roofs slope down towards the rear of the complex: a water collection system will be potentially installed in proximity of the kitchen. 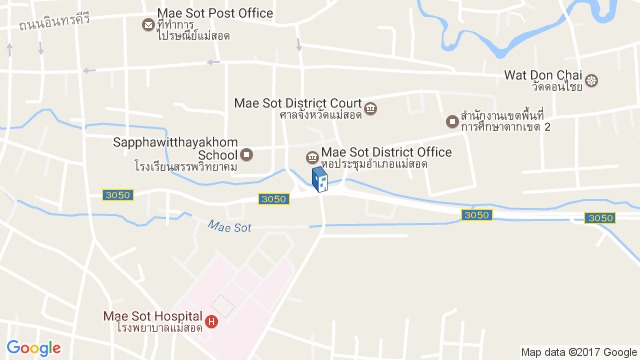 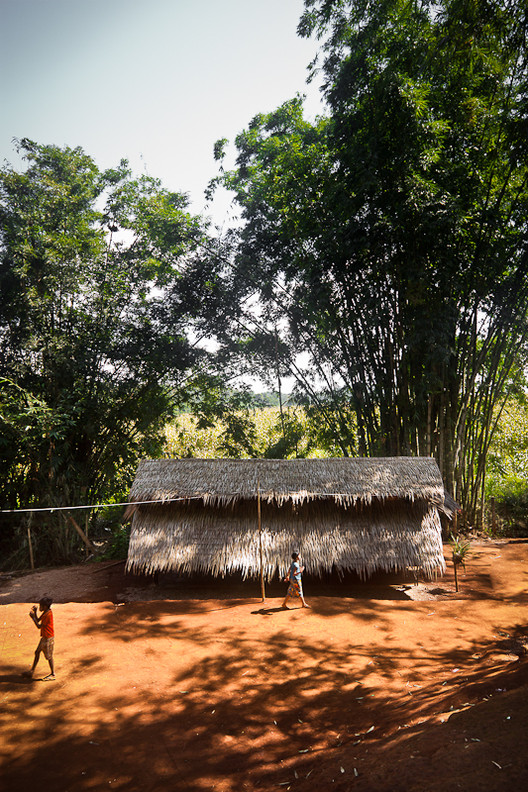