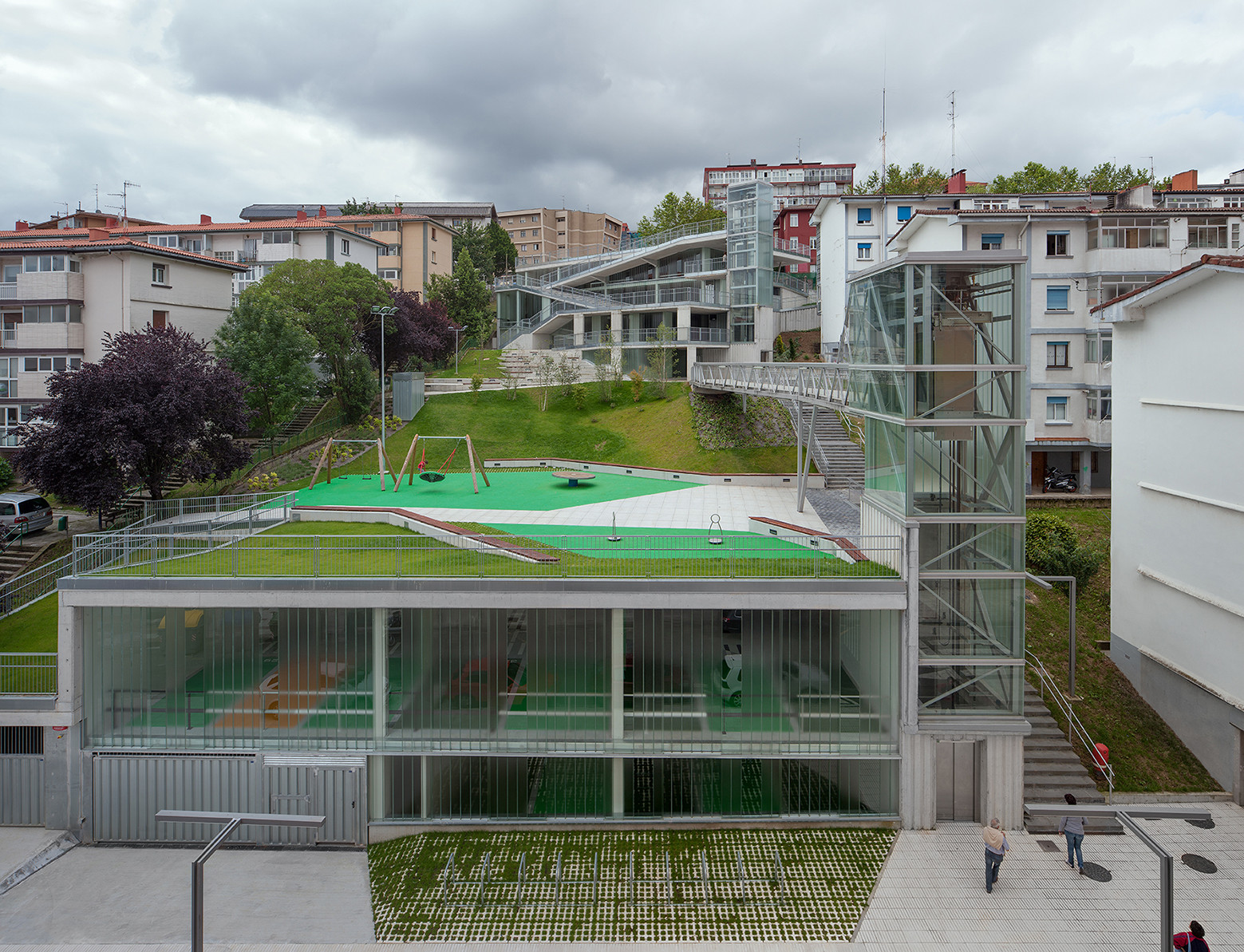 Text description provided by the architects. Galtzaraborda is a neighbourhood located in the town of Renteria that was built in the mid- 60s. Due to the great industrial development in the region, there was a huge demand for housing that was designed to absorb the labour migration wave, which generated an urbanism with serious deficiencies, lack of public space, lack of accessibility, etc. These problems have been accentuated by the progressive aging of the population.

The project is located in a central plot, which was left undeveloped from the beginning and was a real break in the urban fabric of the city.

The intervention, beyond resolving a parking, the function which motivates the project, is also conceived as an opportunity to generate an infrastructure that meets together total accessibility of the neighborhood, providing new public spaces, parks and leisure areas.

The program of 111 parking spaces is divided into two buildings with two towers of panoramic elevators; one elevator for each building and two large urban squares as decks.

The project transversely connects the public spaces with the side residential areas and guarantees the vertical access from the highest point of the neighbourhood to the lowest level of it, where the train station is situated. This station links the town of Rentería to Donostia-San Sebastián.

The buildings form two half-buried volumes, absorbing the slope of the site, generating the minimum aesthetic and volumetric impact. Many of the parking spaces are open which allows the installation of a semi-transparent facade, avoiding a blind and inert front, and knowing intuitively the inner activity.

A tour through the buildings’ exterior perimeter can be made by developments in ramp and stairs, giving continuity to the transits through the park and the adjacent buildings.

The deck surfaces have different surface treatment according to their use, hard pavement areas coexisting with large green areas. Green roofs return the original green spaces occupied by the building and introduce nature in a highly densified urban environment. 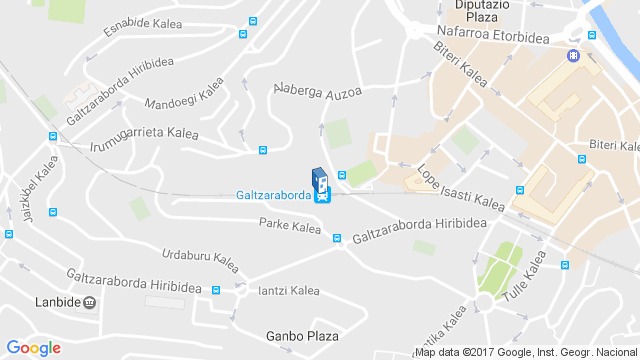