In Sydney, a recent discussion about "Cultural Precinct Planning" hosted by the City Government has raised important questions about how the city can compete in the global cultural arms race. However, Sara Anne Best thinks it raised all the wrong questions. Originally posted on Australian Design Review as "Cultural Ribbon or Coastal Connections" this article argues that Sydney, with a culture and tourism industry so focused on outdoor leisure, could find a more unique way of attracting attention which includes the wider metropolitan area more than the usual city centre cultural hub, asking: "With three of the city’s iconic beaches currently undergoing renewal, what is the role of the seaside CBD in the context of Sydney’s cultural identity?" Find out the answer after the break. 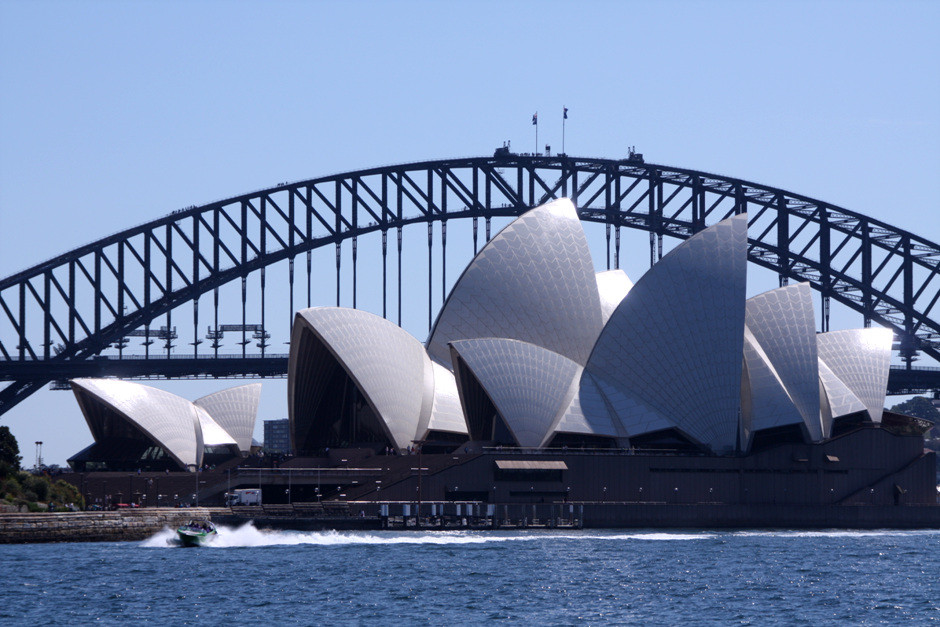 To conceive of Sydney’s disparate cultural institutions as an active constellation is a step toward urban excellence. To foster a culture of cooperation, not competition. To remind these venerated establishments of the responsibilities they bear as custodians of their respective precincts, left by the wayside in the rush to commercialisation. Under the City of Sydney’s 2030 ‘green, global and connected’ vision, cultural institutions will no longer be islands of privilege, but advocates for participation and porosity.

A valuable discussion, sure, but it’s been nearly 20 years since the Bilbao bombshell that birthed ‘Cultural Precinct Planning.’ In that time, cities have cultivated a global industry in search of ‘the cultural offer’. According to expert Adrian Ellis, this has become a shorthand index for liveability and cities are craving it in order to attract tourism and knowledge workers. There are 75 planned precincts worldwide with estimated expenditure of $200 billion in the next 10-15 years.

In an era where cities have become interchangeable commodities, Ellis underscores the importance of the cultural offer as an assertion of identity and strategic marker. But how can identity be constructed around precincts that are willed into existence? What does the aspiring city have to gain from having its very own museum island, like Berlin or New York style High Line? Particularly if you’ve already got a fair dinkum Opera House?

The planned ‘cultural ribbon’ for Sydney has all the hallmarks of being a tourism logo first and planning strategy second. Imagine a brush stroke outlining the soft curves of the harbour foreshore, twisting and turning to reveal the iconic shells on Bennelong Point. A “walking trail and more” linking our cultural landmarks and “highlighting the harbour setting along the way.” Cultural fatigue, anyone?

To focus so heavily on the pulling power of the arts seems limited when Sydney’s identity and culture is at least equally embedded in the outdoors, sport and the beach. Wouldn’t a strategy that networks our arts and memory institutions with parks, pools and recreation areas create a diversity that is uniquely Sydney?

Three of Sydney’s iconic beaches are in the midst of an urban overhaul. Granted, their location falls outside the Sydney local government area. But I would argue that the capacity for our beaches to attract global capital warrants inclusion in any debate about the city’s liveability and identity. The role of the seaside CBD needs to evolve from coastal outpost to networked precinct of greater Sydney.

For tourists, Bondi is the third most popular attraction Sydney has to offer – 44% of international visitors make their way (with difficulty) to this coveted stretch of coastline. It is a choice living destination for global knowledge workers and locals alike, along with Manly and Cronulla. The planned works programs for these areas are ambitious at the scale of the local council, but are understandably community focused in nature.

Waverley Council has earmarked $20 million over 10 years to create a shady green buffer between the sand and Campbell Parade, improve amenities and restore the pavilion; Manly Council is looking to spend $80 million creating a piazza, new library and activating underutilised laneways and Sutherland Shire Council has called for ideas to inform Conulla’s capital works program, aiming to reinforce connections to the beach and improve amenity of the open-air mall. The Bondi management plan promises to investigate light rail options, as does Manly’s 2015 Masterplan, yet all still include significant commitments to car parking.

What’s missing is a vision that links the beach to the city, one that draws from Sydney’s cultural presence and contributes to its identity.

Could greater Sydney support an outpost of one of our anchor institutions, like the Moderna Museet in Malmö or the Tate St Ives? As an alternative, the MCA could take up residence in the Bondi Pavilion for a term. Brighton has the capacity to host a major coastal intervention (like the Kastrup Sea Bath, for example), drawing locals and tourists to new parts of the city. And perhaps the Tate could help us with the Entertainment Quarter instead of Barangaroo – create a diverse precinct of sport and culture, halfway between the CBD and the coast. There might even eventually be a light rail and cycleway linking the three.