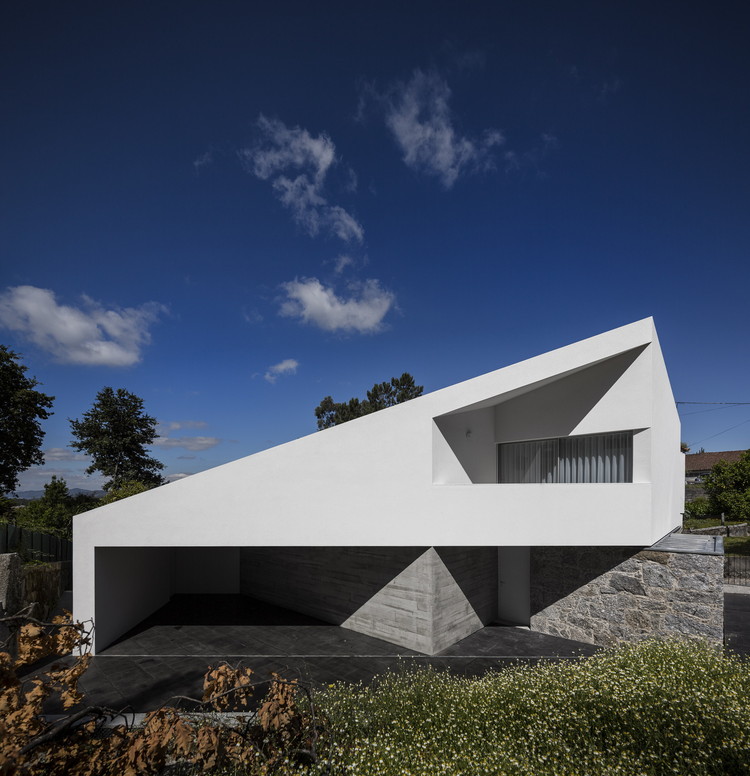 Text description provided by the architects. The TAÍDE HOUSE is the rehabilitation of an old country house, with the typical characteristics of popular architecture, which is situated in a small village with the same name located in northern Portugal.

Originally the client had showed the will to make something simple, something "easy" to enjoy. The idea was a simple house in which one could, for example, conceal the kitchen, thus occupying a minimal amount of space. The speech was short, simple, but nevertheless interesting... All of this had to happen...

The proposal should dialog with its surroundings in a friendly way and even if we would assume something new, the concept was not to disrupt completely with past... We felt that we could create something dynamic without hurting the surrounding environment. From this moment forward, the look for stimuli was inevitable. Looking around, to a sometimes marked terrain, we understand that the surroundings work as an amphitheater, in which the gaze of the neighbors, inhabitants of those unique shaped, inclined roof houses, is very proximate. Over there, streets are narrow, backyards are almost public and every word is listened. The scale of the house was a concern.

In early sketches, the roof emerges, and assumes itself as the structuring element for the whole project. It allowed to organize and manage dynamic spaces in a rather simple square plant interior, but also allowed the compartmentalization in the exterior, creating protected areas for leisure and contemplation, and also work areas. It's possible to live this element through the exterior and feel it in the interior, and at the same time to participate in the landscape...

The granite walls and stairs, which involve the ancient grape mill in the ground floor, serve as base for the whole proposal. Everything else is assumed as new and this white object, placed on the ancient granite walls, comes to life and draws itself almost automatically...either it's because it seeks privacy, or just to fulfill the legal boundaries.

The house organizes itself in two floors: the ground floor contemplates the social area, with the kitchen, guest bathroom, office and a double ceiling living room, which houses the stairwell which gives access to the upper floor, with two bedrooms.

The system we adopt for the structure is the usual pilar-beam, and to obtain a good thermal performance we coated the roof with white colored slabs. In the walls we used the exterior thermal insulation system ETICS.