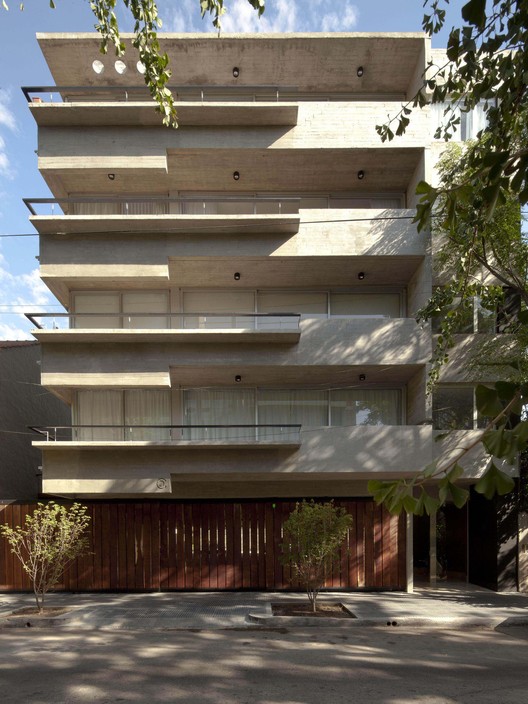 Text description provided by the architects. The project is in a site in La Lucila with a double facade. It is a concrete volume that through a four meter lateral setback, allows us to develop 4 units per floor on the first three floors and 6 duplex units on the fourth and fifth floors.

In the front and back, the units are oblong and have two bedrooms, with three window panes and three rails that allow the integration of the exterior with the social area of the apartment. The units facing the side setback have terraced expansions with an individual barbecue.

The building is expressed as it is. The concrete structure is left exposed, forming a play of cantilevers, solids and voids, depressions clad with Venetian mosaic, tensions between brackets and beams that do not touch, etc. The facades are completed with aluminum windows and a steel railing that runs on the three sides of the building. In the party wall there are two patios that allow a semi-covered circulation on each floor. The circulation was designed in an playful way, with a graphic design of large fonts and green as a contrasting color with the party wall plastered with a black texture.

The ground floor is open and is given a careful architectural treatment. It has 19 car spaces and common services in the back (swimming pool, sundeck and changing room) that by a set of circular beds gains privacy to enjoy the interior of the block. The ceiling has circular light grooves that replicate the diameters of the beds in the other horizontal plane of the plan. Towards the street, the space ends with a wooden fence/gate that generates a controlled permeability. From the street, it appears as a wooden gate that over time, will look increasingly like the concrete of the project. 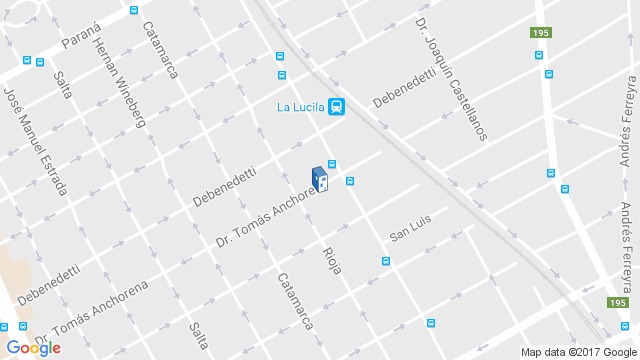