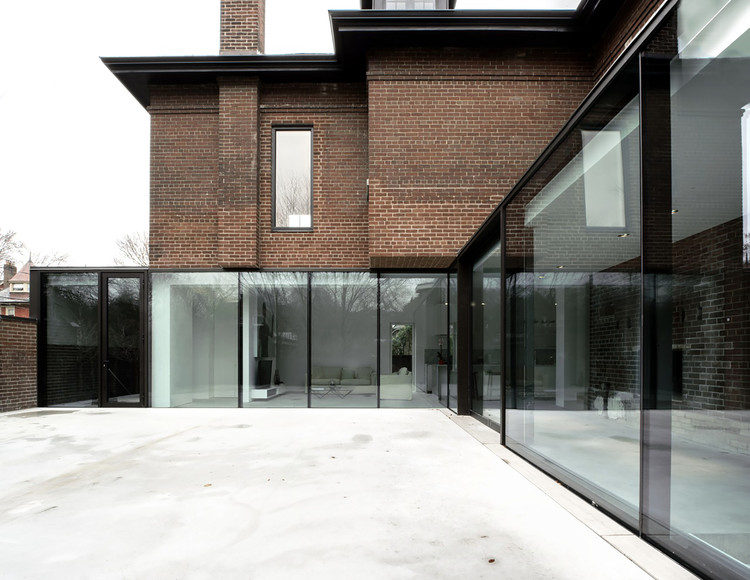 Responding to the exceptional original detailing, two methods reconcile old and new: shearing (where old and new are juxtaposed and contrasted with sharp delineation) and co-existence (merging and co-existence of modern and historic details where historic merit calls for respectful reinstatement).

Spatial Flow. Fluid connectivity between rooms and floors was the ambition of a radical, surgical planimetric strategy, which overwrites a compartmentalized configuration whose servants’ quarters and formal delineation between front and back of house remained vestiges of another era.

Modernizing the spatial potential of an L-shaped Edwardian plan, the transformation opens the back of the house and lowers the floor level to unlock views back on itself and connect to a new courtyard. Within, it introduces a fluid interior spatial flow connecting the more formal west wing to the everyday east wing through a light-filled gallery. The insertion of a white stair connects vertically, its sculptural modern form using the Edwardian openings and proportions as light source and foil.

Shearing and Contrast, The central surgical act is the excision of the exterior brick back wall of the house. This sharp delineation allows the robust articulated brick exterior to be retained, while the interior becomes reductionist and focuses on essential elements of light, proportion, and volume. This ‘shearing off’ is expressed through new brick soffits that visually resolve chimney and second-floor stairs and float above the sharp steel line between original and new.

The lower part of brick exterior walls is replaced with super scaled glazed walls enhancing connectedness to the site. A new concrete plinth creates a new two-sided courtyard aligning the outdoor space with interiors. Within, sharply contrasting elements include razor thin-aluminum fins that notionally cut through restored crown moldings and wainscoting to achieve pristine full-height openings that connect the formal rooms of the ground floor.

Selective Revelation and Co-Existence. Throughout the house, the beautifully constructed layers of the original structure are revealed then celebrated. The design articulates the surface record of the house’s auspicious history, to achieve a light-filled well-proportioned balance between past and present. Certain features are stripped back to bare brick, with traces of the past left behind as evidence the building has been cared for and adapted over the years, with each generation adding its own layer to a unique history.

Most expressive of this is the north gallery wall, a palimpsest of previous openings and floor levels. The renovation leaves untouched brick joist pockets, a jack arch, a black brick stringcourse, and exposes the lesser-valued yellow brick of an unearthed original wall. This historical narrative is washed in light by larger-scaled transparent openings of the modern intervention. 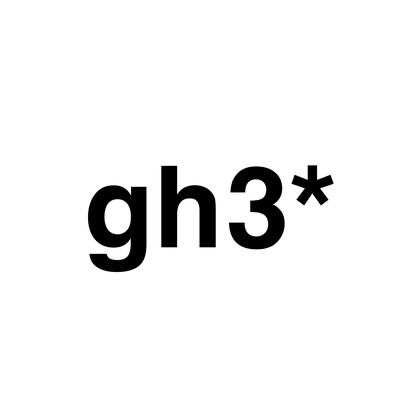